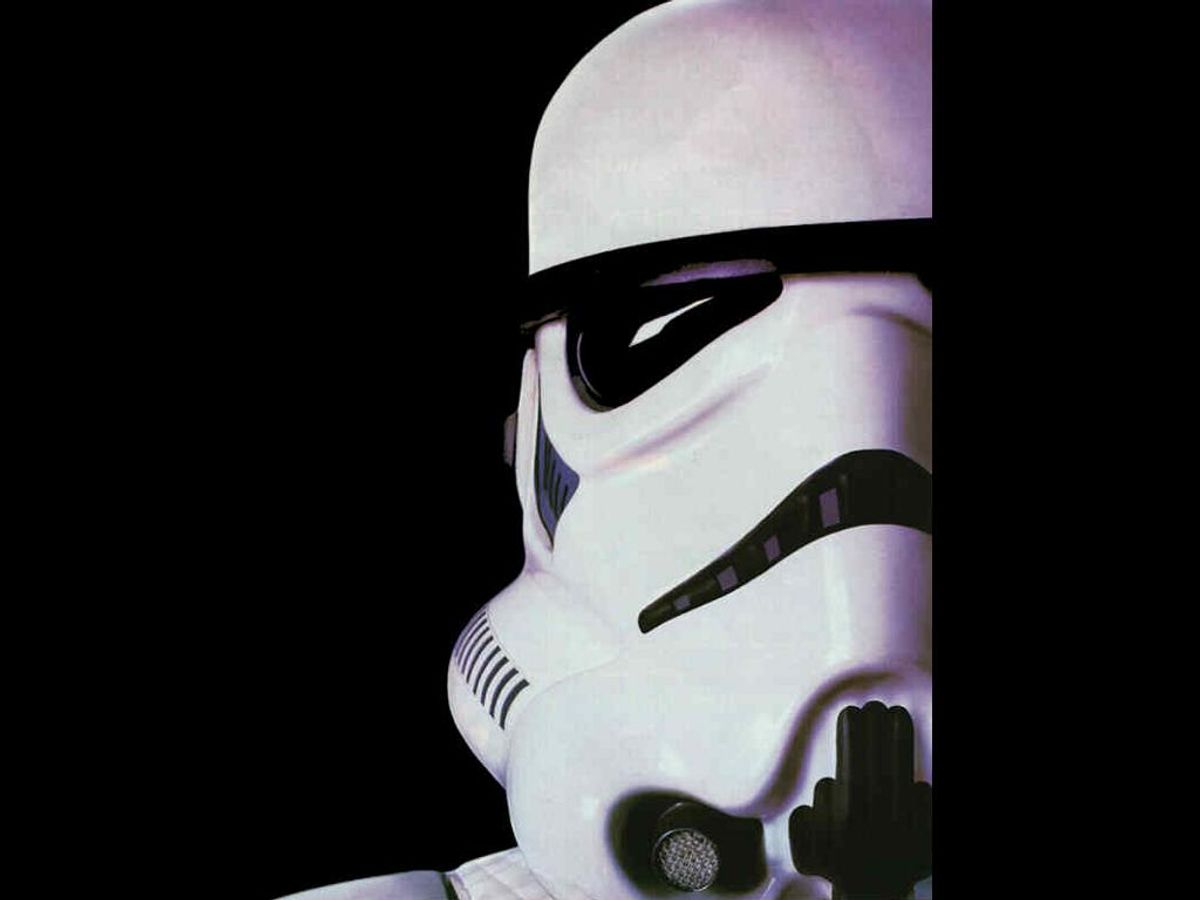 (Note: I am going to try to refrain from any "Star Wars" jokes, analogies, or metaphors during this piece. Let's see if it works!)

George Lucas has held tightly to the merchandizing rights of his "Star Wars" franchise, making him both one of the savviest businessmen in sci-fi, as well as one of the most pesky. Seriously, his company Lucasfilm has no qualms over suing even the small fries for copyright infringement, setting a record for petty intellectual property cases while he's at it. Juggernaut that it is, Lucasfilm usually wins. After all, the force ... er ... law is on their side: Lucas created the characters and the world they inhabit, and anyone who uses even a likeness of Yoda without his permission is technically in violation of intellectual property rights.

Today is another blow for Lucasfilm, as a British Supreme Court ruling has decided to give a former prop designer the rights to make and distribute replicas of the iconic Stormtrooper helmet. In 2004, Lucasfilm sued Andrew Ainsworth, who created the original item for the films, after one of his helmets sold for $60,000 at a Christie's auction. George Lucas' legal team claimed Ainsworth owed $20 million for making the replicas without holding the intellectual property rights, and a U.S. judge agreed.

Luckily for Ainsworth, he didn't live in the U.S., and the case has taken five years to plod over to England to be re-tried. This time, the judges have not ruled in favor of the mighty emp .... of LucasFilm LTD., and today's Supreme Court ruling allows Ainsworth to make his little white helmets in peace.

But don't think that means you can start making money off your unauthorized "Star Wars" expanded universe comics just yet: the reason the British courts ruled in Ainsworth's favor wasn't because they thought George Lucas was being a jerk. It was an issue of art vs. function -- if the helmets had been deemed to be an artistic sculpture, Lucas would have retained rights. But the Supreme Court upheld the lower courts' rulings that the helmets were props, not art, the copyright laws for which expire 15 years from their marketing date.

Lucas and his supporters have called this ruling "an anomaly of British copyright law" and announced that they still plan to go after any fan who even thinks about making any money off the "Star Wars" franchise. But at least in this instance we can cheer the little guy who managed to win against Lucas' Goliath and prove that it really is true what they say: "Size matters not."