The awesome hypocrisy of GOP mutiny

Conservatives rebel against the Boehner plan, while citing figures from a government agency they usually ignore 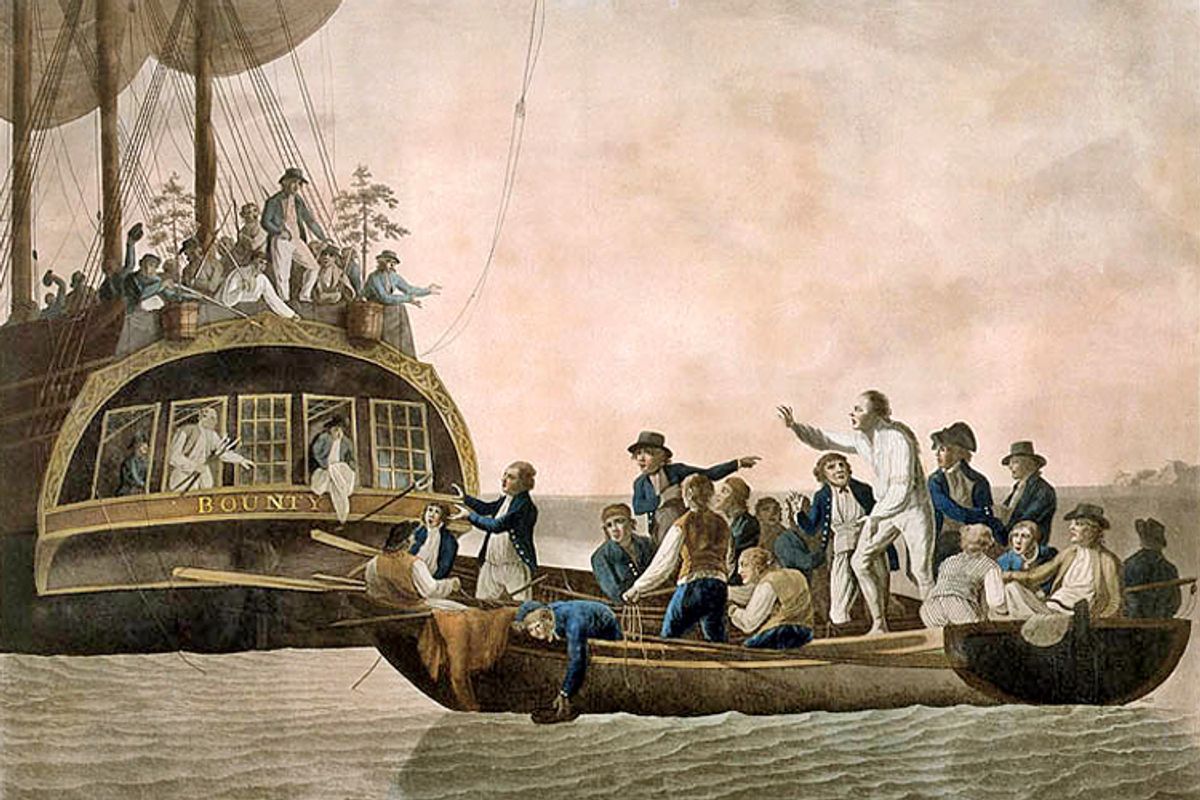 On this fine debt ceiling morning, I find myself sorely missing Hunter S. Thompson. I'm wondering how he would have dealt with the news that the House Republican caucus psyched itself up to slash government spending by watching a clip from the Ben Affleck flick "The Town" in which two gang members ready themselves for a street fight by vowing "We're gonna hurt some people." Or what he would make of Rep. Trey Gowdy's (R-S.C.) anguished declaration that freshman Republicans are "not a bunch of knuckle-dragging, mouth-breathing Neanderthals."

Cue the Geico commercial: Seriously, if I was a Neanderthal, I'd be upset -- because not voluntarily crashing an economy is easy: Even a caveman could do it.

If your bread and butter is satirizing absurdity, this is some good stuff. But most of all, I wish Thompson was around to skewer, as only he could, the unbelievable hypocrisy that continues to emanate from on-the-warpath House Republicans.

The big debt ceiling news of the last 24 hours has been the conservative "rebellion" or "mutiny" against the Boehner plan. The conservatives didn't think the plan (which Harry Reid says is "dead on arrival" in the Senate, and President Obama has threatened to veto) cuts spending enough and, even worse, makes only a token gesture toward a balanced budget amendment.

Who needs Democrats to go on the attack when Republicans are willing to chew off their own extremities? Watching this drama, one really does wonder what debt ceiling plan that would be acceptable to the Senate and the White House could ever pass the House.

Amazingly, when Boehner submitted his plan to the Congressional Budget Office for "scoring," the conservatives were vindicated. According to the CBO, the Boehner plan added up to only $850 billion in cuts over 10 years, instead of the $1.2 trillion Boehner had promised. Boehner was forced to postpone a vote on the bill from Wednesday to Thursday, and is reportedly frantically rewriting it to add more cuts.

My question is: Since when do Republicans accept CBO scores as holy writ? Back when the CBO was stating that the healthcare reform bill would reduce the deficit, Republicans dismissed the agency's score as "smoke and mirrors." But when the CBO's analysis serves the purposes of the Republican hardcore, suddenly the numbers all add up.

Here's the best part, from the New York Times:

"As we speak, Congressional staff are looking at options to adjust the legislation to meet our pledge," Mr. Boehner said late Tuesday night in a prepared statement. "This is what can happen when you have an actual plan and submit it for independent review -- which the Democrats who run Washington have refused to do."

But wait, Harry Reid did submit his plan to the CBO, and they scored it as tougher on the deficit than the Boehner plan. Even if you subtract out savings attributing to ending wars and reducing debt service costs, Reid's plan still cuts spending over the next 10 years by more -- $50 billion -- than Boehner's plan.

The response from Boehner's office? "This report shows the Senate plan for what it is: a grab-bag of gimmicks that gives the President a blank check."

OK, let's get this straight: When the CBO analyzes healthcare reform, it's "smoke and mirrors." And when it analyzes a Democratic budget cutting plan, it's "a grab bag of gimmicks." But when it shows that a Republican plan cuts less than promised, it's god's own truth, and woe to the unbeliever who doesn't hustle to repent.

I don't know what's more embarrassing here -- that Democrats are offering bigger cuts than Republicans, or that the speaker of the House can't write legislation that accomplishes what he claims it will do, or that Tea Partyers are giving Neanderthals a bad name.

But I'm betting that if Hunter Thompson were alive, he wouldn't need to watch "The Town" to be filled with a savage desire to "hurt somebody." All he'd have to do is watch Congress.