Why would Frank Darabont abandon his hit zombie series midway through shooting? 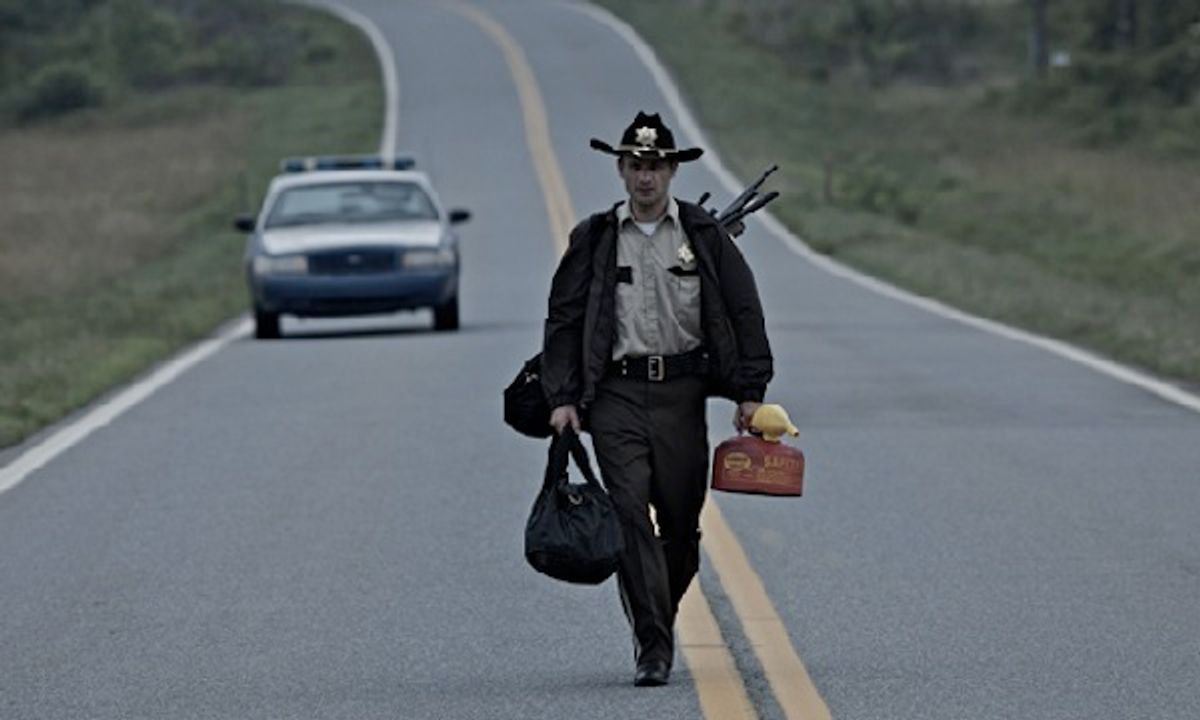 In a shocking move that could rattle the undead, show runner Frank Darabont has officially stepped down from his position on AMC's "The Walking Dead" midway through production on the second season.

The official word is that the co-creator and executive producer of the hit series just couldn't keep up with the fast-paced shooting schedule of the show -- but that's a hard line to swallow. Especially when you consider the Academy Award-winning director's investment in the series. On Friday, Darabont was answering questions at a Comic-Con panel about the show's second season, where he talked about his plans for the characters in the future tense:

"I still want them to be in the reactive phase of this incredibly intense thing that just occurred. What do we do now? I think that's where we are going to start."

And then there's the fact that Darabont spent five years of his life just trying to get "The Walking Dead" off the ground, and professed to Deadline Hollywood just last month, "If I'd known how much fun [TV] was, I'd have done it years ago."

It also doesn't add up that the acclaimed director would walk away from his Emmy-nominated critical hit midway through shooting the second season, when there had been no hint of unrest until now. AMC picked up "The Walking Dead" for a second season only two episodes into the first, which stood alongside "Mad Men" and "Breaking Bad" in the network's trinity of groundbreaking, brilliant television.

It's been rumored that Darabont will stay "in some capacity," and that executive producer Glen Mazzara ("The Shield") will step into Darabont's 10-gallon boots. Even so, it's hard to imagine anyone other than the man behind "The Shawshank Redemption" turning a show about zombies into such a great allegory for our own humanity.