I slammed the door on my six-figure job

My boss was a nightmare and my 2-year-old wasn't speaking at school. Something needed to change 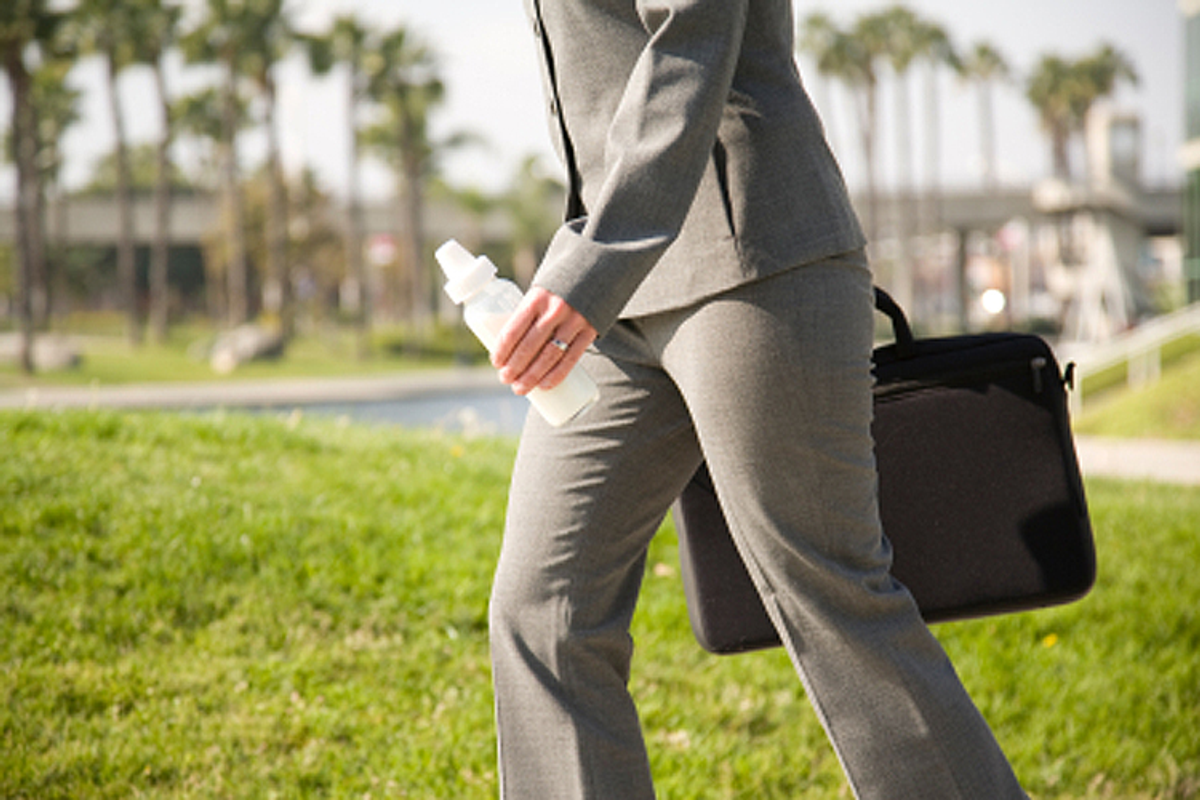 I was eight months pregnant and my life had become a carefully orchestrated nightmare. I'd rush out of my office at about 5:30 p.m. and leave downtown Los Angeles to pick up my 2-year-old daughter at preschool in Hollywood. Anxiety mounting, I would sit in barely crawling rush hour traffic. Pick up was at 6 p.m. I usually made it on time, but my frenzied routine wasn't working: I was a career-obsessed, stressed-out mess.

I had just negotiated a "part-time" position with the global public relations firm where I was a vice president. That meant working 8:30 a.m-5:30 p.m. My previous full-time hours were much longer and included evening events with clients, which was not conducive to having a small child -- especially one who was beginning to show signs that something was wrong.

My 2-year-old daughter wasn't speaking at preschool. Not to her teachers, not to administrators, not to other kids. She talked at home, but refused to answer even basic questions at school. She had been there for about six months and I was growing concerned. The school told me to give her time to adjust. "What if she never speaks at school," I worried to myself. When I typed in a few keywords on the Internet, the term "Selective Mutism" popped up. It's a rare, but serious condition where a child refuses to (or cannot) speak in certain settings. Panic doesn't begin to describe my mind-set. And I knew intuitively that my daughter was suffering from my absence. Her way of expressing her pain was silence at school.

I'll never forget the day I quit my high-paying job. I didn't know it at the time, but it would change my life and the direction of my husband's career forever. In a single moment, with no planning or preparation, I made one of the best decisions I've ever made.

Sitting in a senior staff meeting at 8 a.m. one typical morning at a stuffy, exclusive club downtown, I was prepared for the general manager's stormy moods. He was a brilliant and mercurial person, a former newspaper editor and Marine, prone to fits of rage without provocation. This particular day, I sensed trouble as soon as I entered the room. His mood was grim; I knew the staff meeting would be rough.

The general manager started by asking each of us at the table for updates on the firm's client events. When it was my turn, he demanded: "Why didn't you go to the Urban League Dinner last night?" I started to respond that I was eight months pregnant and the dinner, which ended at 11 p.m., was too late for me to attend, but that I'd found somebody to take my seat at our firm's table. He cut me off and raised his voice as he berated me for not going. And something inside me decided I wouldn't take it anymore. Being pregnant makes you vulnerable and invincible at once. It's a strange combination. At that moment, I felt invincible. It wasn't until later that the feelings of vulnerability hit me.

After exchanging heated words with the general manager, I stormed out, slamming the door behind me. In a comedic moment (according to my former colleagues), I realized I'd left my handbag, an expensive Prada purse, inside the meeting room. Unwilling to leave the handbag behind, I offered one of the busboys $20 to go into the private dining room and get it. He refused. I offered $40; he still declined. Everyone, including the busboy, was afraid of the general manager. I returned to the conference room, grabbed my purse and left again, just as quickly and loudly as I had the first time. My colleagues sat there, stunned and speechless.

Driving home, my hands shaking, I called my husband. He told me he was relieved I'd quit and wouldn't have to see "that asshole" again. The general manager didn't like pregnant women, and I'd been the butt of his jokes for months. I was ridiculed for eating too much, for getting "fat." Once, when several colleagues and I were assembled for a meeting in his office, he grabbed a lamp, pretended to shine it on his crotch and acted out a "hospital delivery scene," complete with moaning and shrieking noises. He concluded by telling a story about how the doctor "stitched his wife up tight" after her delivery. I was sick to my stomach, partly because of his behavior but also because I said nothing, even though I knew he'd do the same thing again to other women.

Quitting my job was a big deal financially for our family, and emotionally for me. I was no longer the vice president of a major corporation. Now, I was a stay-at-home mom who had no friends who stayed home.

The first few months were stressful and lonely, yet oddly liberating. Suddenly, I could pick up my daughter at 2 p.m. and spend a few minutes talking with the teachers and other moms. I could take long walks with her and not feel rushed. I could go grocery shopping. I could breathe.

After about two weeks of picking up my daughter early at school, she began to talk to her teachers, to my immense relief. Soon, she started communicating with other kids too.

Since those early years, I've never returned to a full-time job. The transition from corporate executive to stay-at-home mom wasn't always easy. It was very lonely until I figured out a routine with the kids and found new friends. The days as a stay-at home mom can be long ... very long. At work, hours seemed to fly by. At home, the pace is different and it took me time to adjust to it.

My impulsive decision to quit my job meant that my husband could travel around the world building a tiny business into a global company while I stayed home with our kids. I spent a few years caring for my kids and volunteering at their school. Then, I embarked on a second career as book author, lecturer/speaker and mom blogger. This new gig, which has me working about 30 hours a week from home, gives me the time I need with my children and husband.

Now that I've been a career mom with a full-time job, a stay-at-home mom and a work-at-home mom, I have respect for all three positions. They each have their benefits and drawbacks, rewards and downsides. Some days, the grass is greener, but I've never looked back. Staying optimistic has opened my life up to exciting new opportunities. And I feel connected to my family in a way that I never did when I had the impressive corporate title.