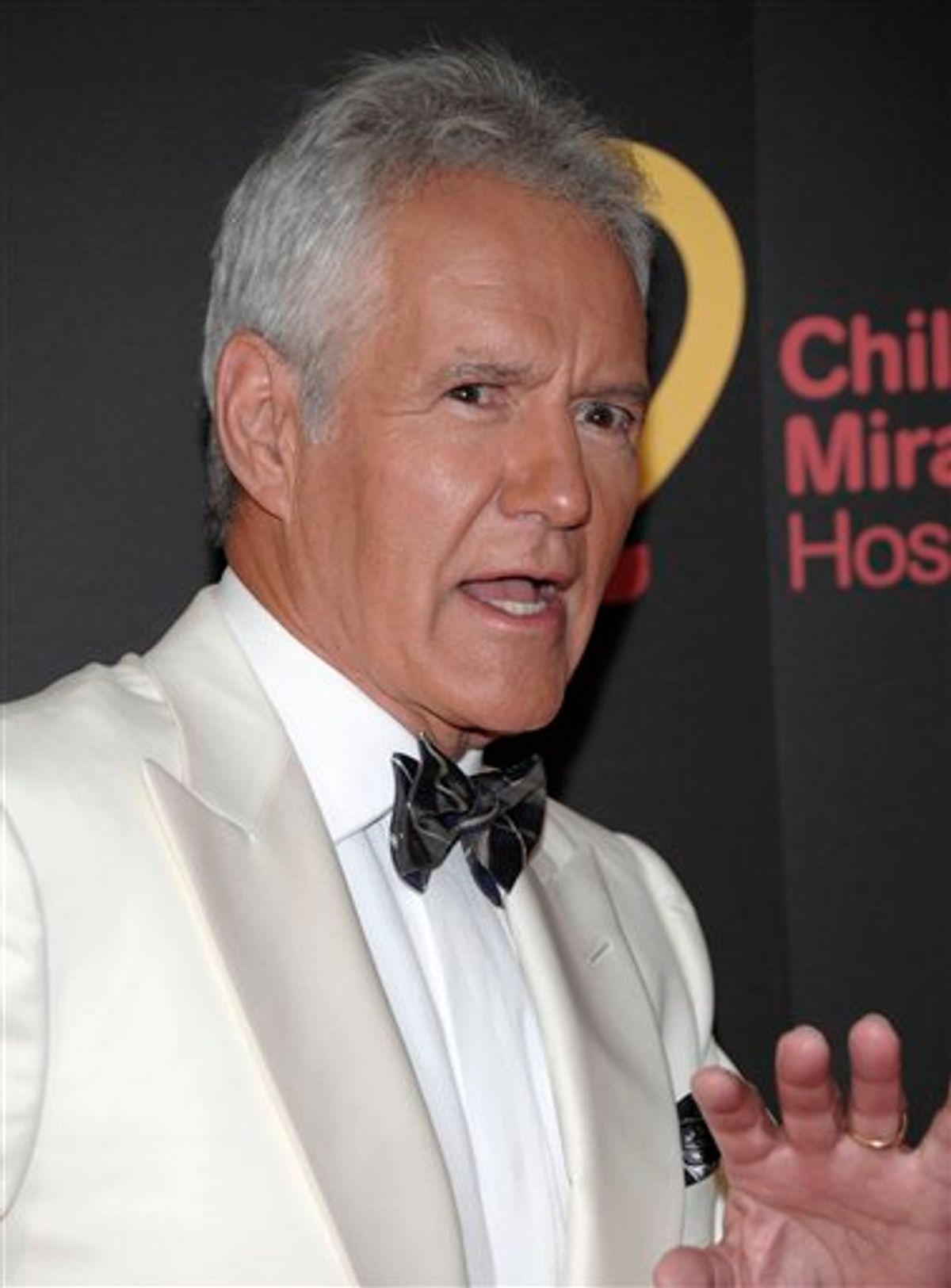 "Jeopardy!" host Alex Trebek says he snapped his Achilles tendon while running after a burglar who had stolen cash, a bracelet and other items from his San Francisco hotel room.

The 71-year-old Trebek tells KGO-TV that he also injured his other leg while falling down during the chase early Wednesday. He was on crutches later Wednesday when he hosted the National Geographic World Championship at Google headquarters in Mountain View.

Trebek is scheduled for surgery on Friday and is expected to be in a cast for six weeks.