When the super-rich cry "class warfare!" 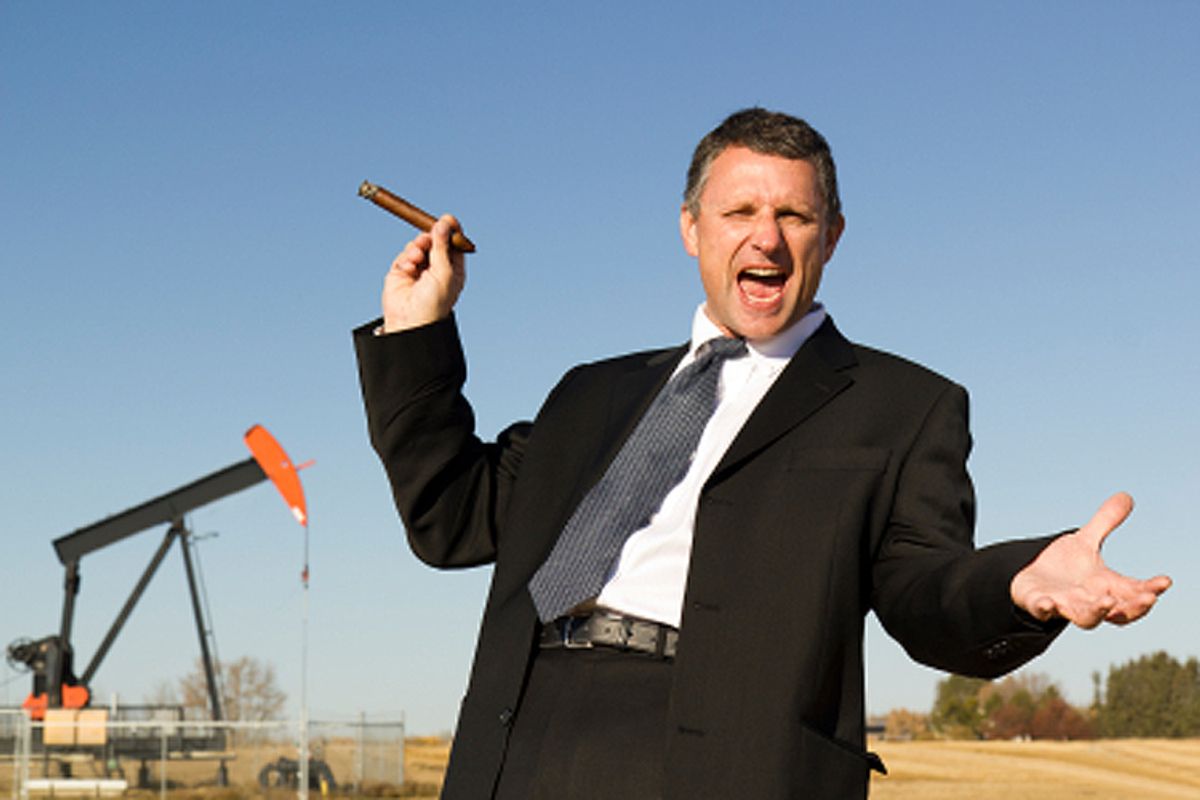 I ran into my friend Jeff Madrick a few weeks ago. Like a rabbit out of a hat, or so it seemed, he whipped from his coat a copy of his new book, "Age of Greed."

He gave the book to me and I’m grateful. It’s a compelling and worthy read. Jeff’s an able journalist; an excellent and cogent storyteller in a field that often defies the straightforward plot or easy explanation -- economics.

The book’s subtitle says it all: "The Triumph of Finance and the Decline of America, 1970 to the Present"; an ongoing saga of avarice told through profiles of the men who confidently strode forth and marched us smack into the middle of our current fiscal nightmare.

As Jeff writes in the introduction, the first part of "Age of Greed" "is mostly a story of business pioneers who fought government regulation or, through innovation, escaped government oversight," building on fear from punishing inflation in the '70s and a new post-Watergate distrust of government, "all the while diminishing the power of government and reinforcing the changing national attitudes."

In the second part:

"Once government was no longer a counterweight and a new political ideology cleared their path, financiers led the way... Debts more than innovation and technological progress became the economy’s driving force. Financial businesses doubled in size compared to the economy and profits grew still faster. Hundreds of billions of precious American savings were wasted."

I thought of all this last week when I read a report headlined "Fly on the Wall," at Politico:

"Fifty of the most prized donors in national politics, including several hedge-fund billionaires who are among the richest people in the world, schlepped to a Manhattan office or hovered around speakerphones Tuesday afternoon as their host, venture capitalist Ken Langone, a co-founder of The Home Depot, implored New Jersey Gov. Chris Christie to reconsider and seek the GOP presidential nomination."

"Several of them said: I’m Republican but I voted for President Obama, because I couldn’t live with Sarah Palin. Many said they were severely disappointed in the president. The biggest complaint was what several called 'class warfare.' They said they didn’t understand what they had done to deserve that: If you want to have a conversation about taxation, have a conversation. But a president shouldn’t attack his constituents -- he’s not the president of some people, he's president of all the people. Someone mentioned Huey Long populism."

Huey Long populism? Give me a break. Barack Obama’s about as much like Huey Long as I am Huey Newton of the Black Panthers (or Huey Lewis and the News, come to that). And as for class warfare, give me a double break. Who the hell started it? "'There's class warfare, all right," Warren Buffett told the New York Times two years before the 2008 crash, "but it's my class, the rich class, that's making war, and we're winning."

I’ll say. Which makes the whining of the moneyed -- in addition to the winning -- all the more annoying. Especially after the Obama White House has bent over backward for them -- simply remember the concessions on healthcare and financial reform, for two -- and all too often has vassaled itself to the knights of the Fortune 500, kowtowing all the way to the bank where they keep the big campaign contributions.

But I suppose in comparison to the Republicans’ even lower groveling for the corporate table leavings, it’s conceivable the president and his associates might seem to some of those residing in the economic stratosphere like wild-eyed populists. For one, that National Labor Relations Board of his is being too, too terribly annoying.

The NLRB has gone after Boeing, alleging that the aerospace giant decided to move an aircraft plant to South Carolina in retaliation against strikes by workers at its Puget Sound factory outside Seattle. And now the Teamsters have filed a charge with the labor board that the car company BMW of North America has failed to bargain in good faith, replacing union members by outsourcing a parts distribution center in Ontario, Calif. (The usual full disclosure: I’m president of a union affiliated with the AFL-CIO.)

In 40 years of union representation, there has never been a labor stoppage at the center; in fact, its employers have received gold medals from BMW for efficiency. Average seniority is 20 years; five workers have been there 30 years or more.

As Michael Hiltzik wrote in the July 3 Los Angeles Times,

"These employees exemplified the best qualities of the American worker. They devoted their working lives to BMW, at a time when it was building and solidifying its U.S. beachhead. Their wages, with benefits, paid for a reasonable middle-class lifestyle if they managed it carefully. Throw in the job security they were encouraged to expect, and they had the confidence to make sacrifices and investments that contributed to the economy for the long term, like college education for the kids, an addition on the house, a new baby. Then one day they were handed a mass pink slip, effective in a matter of weeks."

You can argue that BMW, the world’s largest manufacturer of luxury cars, has the legal right to outsource. Yet by the same token, Hiltzik noted:

"American taxpayers had a perfect legal right to tell BMW to drop dead when the firm's credit arm asked the Federal Reserve for a low-interest $3.6-billion loan during the 2008 financial crisis. BMW got the money then because US policymakers saw a larger issue at stake: saving the economy from going over a cliff. Just as there's a larger issue involved at Ontario, which is saving the American middle class from going over the same cliff."

Last year, BMW posted profits of $4.7 billion and bumped up shareholder dividends by $950 million. This year, they’re predicting a 10 percent increase in revenues. Will they be sharing with their American workers? Don’t bet on it. Will they come running to the government for help next time they’re in trouble? Count on it.

And as if Congress hasn’t done corporate America enough favors, next week House Republicans will try to pass an anti-NLRB bill that will, in the words of California Democratic Rep. George Miller, "eviscerate the rights of workers, help ship more jobs overseas, undermine job creation in this country and kill opportunity for people who are working hard and playing by the rules."

"[The bill] will have dire unintended consequences as well. It will make it easier to ship jobs overseas because it legalizes the most despicable form of outsourcing -- the illegal kind -- by keeping the NLRB from being able to stop it. The bill will remove one of the only tools preventing work from leaving the US."

And still big business will whine and complain, as per Politico, not understanding what they have done to deserve approbation. Yet all the while, as Jeff Madrick writes in "Age of Greed," they take our economy "along an unfortunate, tragic path for their own purposes from which it may not be possible to turn back."