How to make a bad economy even worse

New GDP numbers should be a warning bell for Obama and Congress. But they're not listening 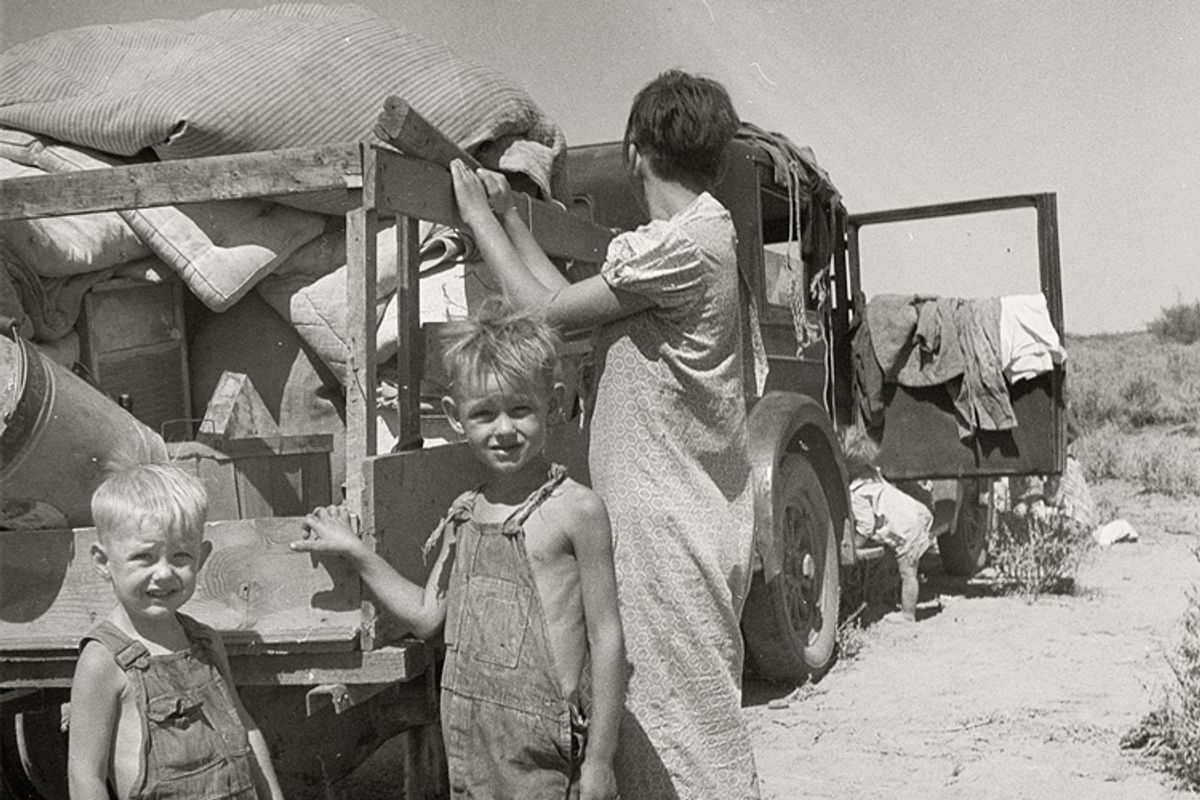 Here's how monumentally screwed up our national priorities are. Just two hours after the government's Bureau of Economic Analysis released disastrous new figures indicating that GDP growth has essentially flat-lined, the president of the United States gave a brief address to the nation calling for both political parties to come to bipartisan compromise on "how to cut spending responsibly."

Obama was responding to Thursday night's monumental failure by House Republicans to pass their own debt ceiling bill, after a revolt by conservatives who deemed the measure unsatisfactory because it doesn't cut spending enough. With the default deadline only four days away, and at the end of a week when stock market indexes have already fallen by about 4 percent, when short-term credit markets are showing signs of stress and investors are pulling billions of dollars out of money market funds, the display of Republican incompetence was the last thing a nervous economy needs. A little reassurance that the White House was on top of the situation would have been sorely appreciated.

Because the GDP numbers are the icing on this recessionary cake. The BEA pegged growth in the second quarter at a paltry 1.3 percent. The first quarter was revised down to a moribund .4 percent. And perhaps most noteworthy at all, revisions to even earlier data showed that the depths of the recession were much worse than anyone realized at the time. In the fourth quarter of 2008, for example, growth fell by an incredible 8.9 percent.

With those numbers ringing in our ears, President Obama addressed the nation and warned us that "on a day when we have been reminded about how fragile the economy is" both parties need to get together and cut a deal. And thus he demonstrated once again the amazing disconnect between the current obsessions dominating our political system and the economic plight of the nation.

Yes, we need a deal that avoids default. But if the GDP data proves anything, spending cuts shouldn't be part of it. Shrinking state and local budgets are already a significant drag on growth. Consumer spending is weak. And yet everyone seems to agree: Obama, Republicans and Democrats, that the first order of business should be shrinking government even further, subtracting even more demand from the economy, and likely accelerating our economic decline.

Conservatives have been fond of arguing that the weak economy proves that Obama's stimulus didn't work, and I'm sure they'll be citing today's GDP numbers as additional evidence. But if there's anything that should jump out of the GDP data, it's the confirmation that the Obama stimulus was far too small to deal with the true state of the economy. Based on the data that we were aware of at the time, administration economists such as Christy Romer, chair of the Council of Economic Advisers, were recommending at least $1.2 trillion in stimulus. Instead we ended up injecting a little under $800 billion -- and half of that was in the form of tax cuts.

Now we know that the economy was contracting much faster than anyone imagined. Is it any wonder that the badly designed, cash-poor Recovery Act only managed to have the mild effect of keeping unemployment from rising even higher than it would have without stimulus?

The political dysfunction over debt ceiling negotiations has already hurt an ailing economy. But neither the Reid Plan nor the Boehner plan offers the right medicine. Neither is even focused on treating the right disease. Yes, it's clear that there is no political will for any further efforts to boost demand in the economy. But the first commandment here is simple: Do no harm.

UPDATE: Brad Plumer, filling in for Ezra Klein, adds more on how the new GDP numbers should shape our thinking on the impact of the stimulus.