Why is Spain still protecting bullfighting? 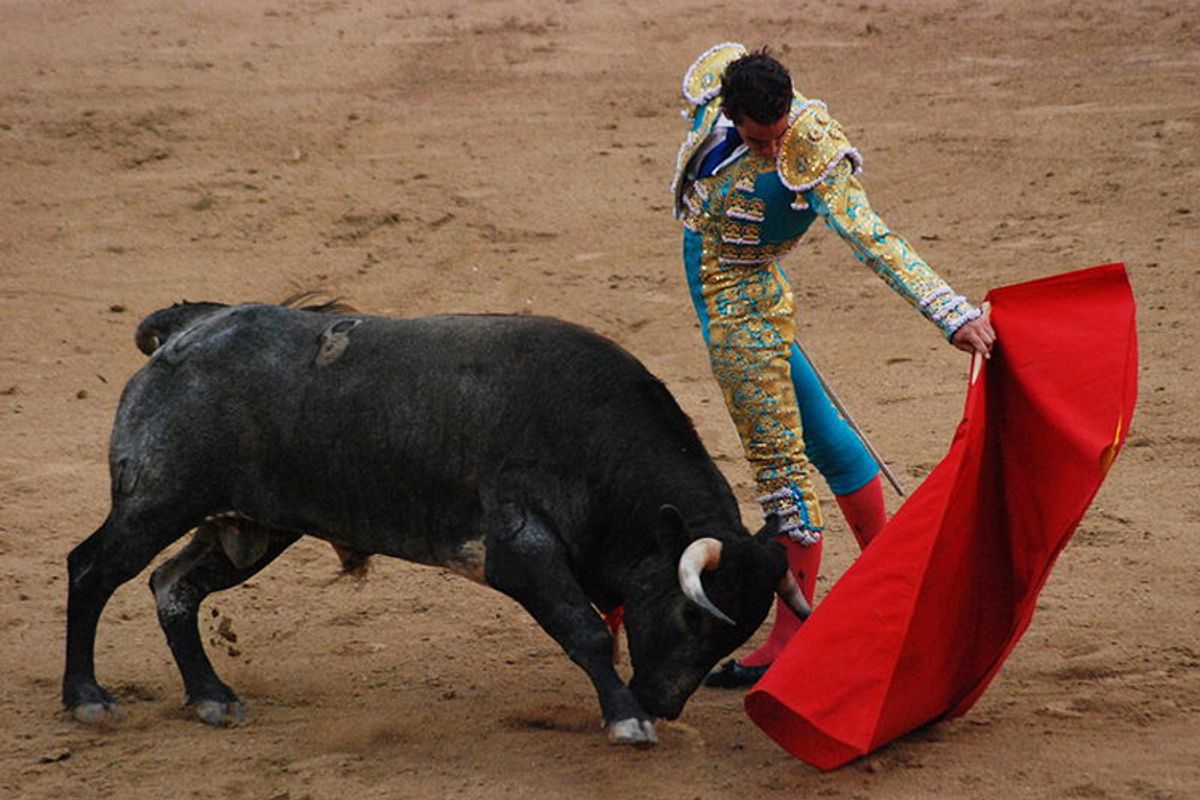 When you think of "an artistic discipline and cultural product," what leaps to mind? The tango? Balinese puppetry? What about bullfighting? Bullfighting has long been as synonymous with Spain as luaus are with Hawaii and drunken, poetic depression is with Ireland. Yet lately, the venerable spectacle has come under fire. Earlier this year live bullfighting was banned from Spanish television, and last year Catalonia voted to ban the practice entirely, prompting optimism from animal rights advocates -- and concern from bullfighting supporters -- that it might disappear from the country entirely.

Now, however, the bullfight brigade has fought back. This week Prime Minister José Luis Rodríguez Zapatero announced that the ministry of culture will take charge of the "development and protection" of bullfighting, wresting it from the interior ministry and preemptively blocking further attempts at making it disappear. As a matador representative of the Bullfighters Union told the U.K. Guardian Sunday, the move protects "a symbol of Spanish cultural heritage that shapes the national identity."

Bullfighting is also big business in Spain. It's an industry that provides jobs, fills stadiums and attracts legions of domestic fans and international tourists. But its popularity has been waning steadily in recent years, thanks to a declining economy and less interested, younger audiences. And then there's that whole ritualized animal cruelty and death thing. The World Society for the Protection of Animals calls bullfighting outright "animal abuse" that "should be banned worldwide" and notes that bullfighters pit themselves against already weakened animals.

Bullfighting isn't just dangerous to bulls, either. Just Saturday, a Spanish man was gored to death after waving a pink umbrella at a bull during a festival in the small town of Rafelbunyol. And last year 40 spectators were injured when a bull jumped into the stands during a bull-dodging competition.

Plenty of sporting and artistic pursuits carry risk. Whether it's NASCAR or Cirque du Soleil, the element of danger lends to the frisson of excitement. But the calculated danger in those endeavors is limited to highly trained professionals. Who also happen to be human. Writer Harry Mount points out in Monday's Telegraph bullfighting requires "artistic skill," but since when were skill and training the best measure of any endeavor's value? The real question is this: Does it still make sense?

In the U.S., similar controversies have erupted in recent years over rodeos, and similar arguments are mounted over "tradition." But the difference here is that rodeos have been able to successfully introduce more animal-friendly restrictions on certain events and adapt practices without dramatically reinventing the whole culture. It would be considerably tougher in Spain. But the pageantry of bullfighting's past and the beauty of its rings could be preserved without shedding blood. It sure seems worth a shot. And it's already happened in places like the Canary Islands, where bullfighting has been banned for 20 years.

Change is difficult -- changing minds, changing industries. But no nation thrives when it clings pointlessly to its past. Though bullfighting just got a healthy reprieve, "because it's always been so" is about the dumbest reason to keep doing anything. And more and more, the backward notion that Spain's "identity" is rooted in animal cruelty has plenty of its own people seeing red.