"You know nothing of my work": Five great self-aware cameos 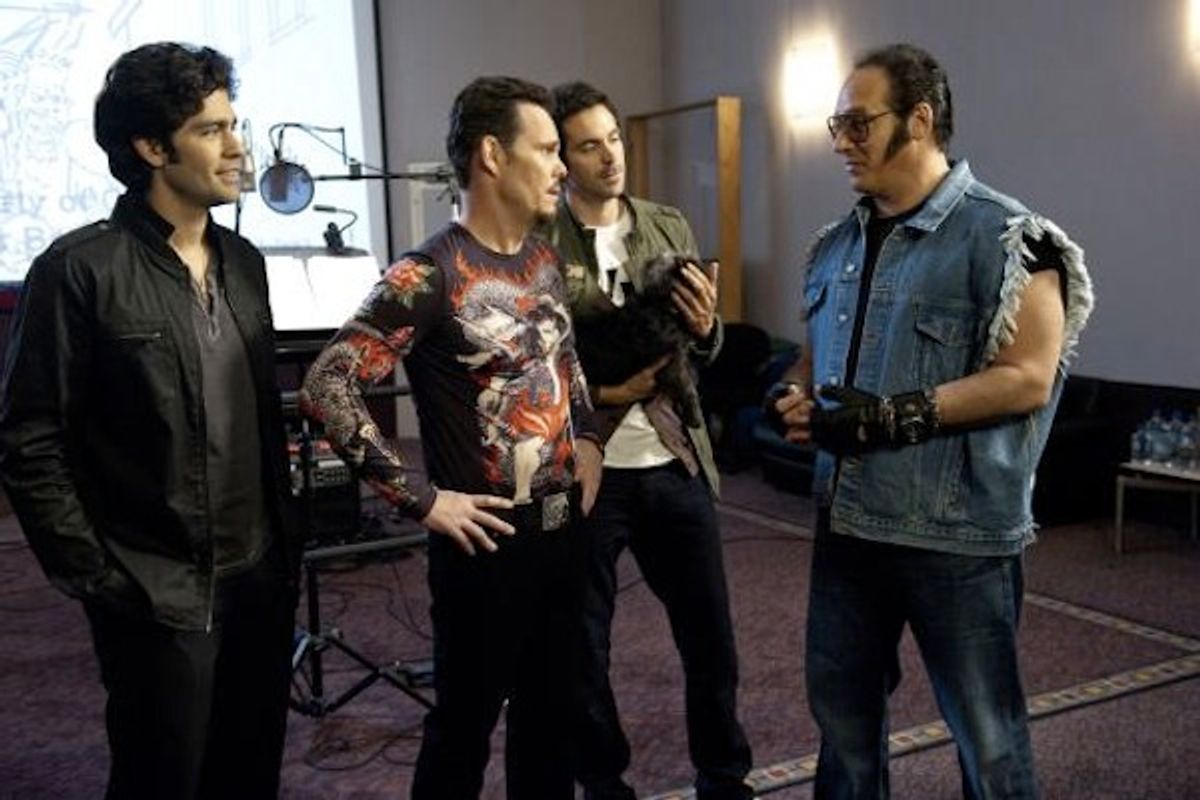 Andrew Dice Clay as himself on "Entourage."
--

When Woody Allen's character Alvy Singer breaks the fourth wall in "Annie Hall" to address the audience about an annoying professor opining loudly at the movies, we get a "What if" scenario regarding the famed media critic Marshall McLuhan. Allen pulls the "medium is the message" author into the theater to deflate a pretentious blowhard. McLuhan delivers the now-famous line, "You know nothing of my work," and set into motion the concept of the postmodern celebrity cameo.

From Kareem Abdul-Jabbar trying to hide his identity in "Airplane!" to John Malkovich in "Being John Malkovich," the concept of a celebrity cameo was turned on its head the moment the rich and famous decided that they wanted to play themselves. And thanks to shows like "Entourage" and "Curb Your Enthusiasm," there's no dearth of roles for the once-rich and no-longer famous to play obnoxious, pathetic or just plain mean-spirited caricatures of their own public image.

Call it a comeback roll with a bite. Here are our five favorite modern examples of self-aware star cameos:

5. Carl Weathers, "Arrested Development" After the "Rocky" films and "Predator," Carl Weathers could have retired as both an actor and a sports star. But in the late aughts he came back playing a crazed version of himself in "Arrested Development." Delusional about his acting abilities, the only person unable to see Carl as the homeless crazy he really was happened to be Tobias Funke (David Cross), who takes Carl on as his acting coach.

4. Ted Danson, "Curb Your Enthusiasm" Who would have expected Ted Danson to be such a jerk? On his recurring role on "Curb," Danson has essentially taken the place of Larry's frenemy Richard Lewis -- but the former "Cheers" star is no mensch. Instead, he's a Hollywood phony with a hot wife (played by his real-life hot wife, Mary Steenburgen), who is only made worse by the fact that he essentially is Larry -- just with better social skills.

3. Rick Springfield, "Californication" It wasn't just bare butt that viewers saw when '80s heartthrob Rick Springfield bared all for a four-episode cameo on Showtime's "Californication." He successfully turned his sleazy reputation into a spoofable, "twisted version" of himself as a washed-up hedonist that wasn't too far from the way most people imagined the "Jessie's Girl" singer.

2. Andrew Dice Clay, "Entourage" "Entourage" has probably had more celebrity cameos than any show in history (with the possible exception of "The Larry Sanders Show"). What makes Dice's recent appearance so special? He's not afraid to make himself look terrible -- and we mean really terrible. Not just in a fun, jokey way like those actors above, but as a vulnerable, washed-up comedian whose desperation is only matched by his ego. It's painful to watch because it does hit so close to home. (We know Ted Danson isn't really the world's biggest jerk; Carl Weathers is probably not insane.) Clay's brief stint on "Entourage" might earn him grudging respect from those disgusted by everything he's done since he played the bouncer in "Pretty in Pink." 1. Mike Tyson, "The Hangover" Perhaps the mother of all modern cameos, Mike Tyson playing "Mike Tyson" was one of the highlights of this breakout comedy. Especially when he reveals himself as a Phil Collins fan and master air-drummer..