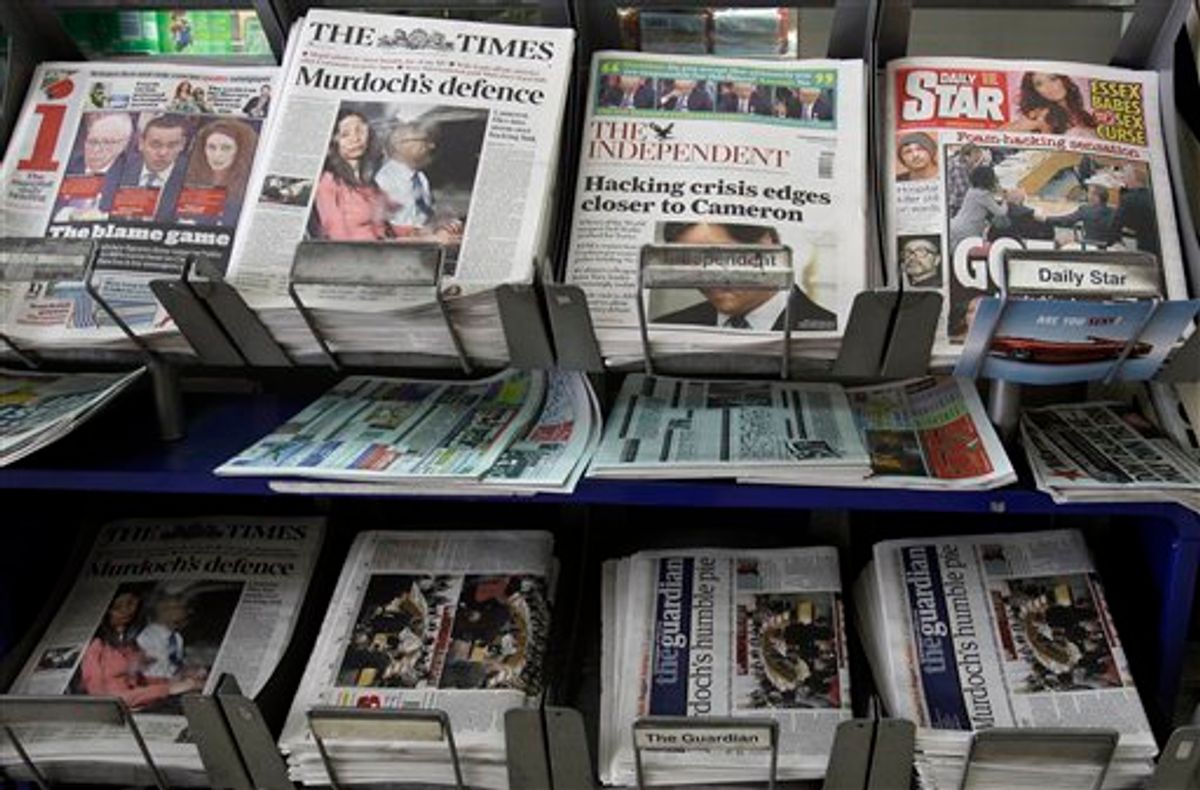 Newspapers for sale with headlines relating to the phone hacking scandal, near Westminster in London, Wednesday, July 20, 2011. Prime Minister David Cameron on Wednesday emphatically denied claims that his staff tried to stop an inquiry into phone hacking at the News of the World newspaper and defended his decision to hire one of the tabloid's editors as his communications chief. (AP Photo/Kirsty Wigglesworth) (AP)
--

British police have made a new arrest in their investigation of phone hacking and police bribery at defunct tabloid News of the World.

The Metropolitan Police said a 71-year-old man was arrested by appointment Tuesday morning at a London police station.

All have been released on bail and no one has yet been charged.