What can you learn from Arnie's boyhood home?

Childhood museums pop up all over the world. What insight do they offer into their subjects' lives? 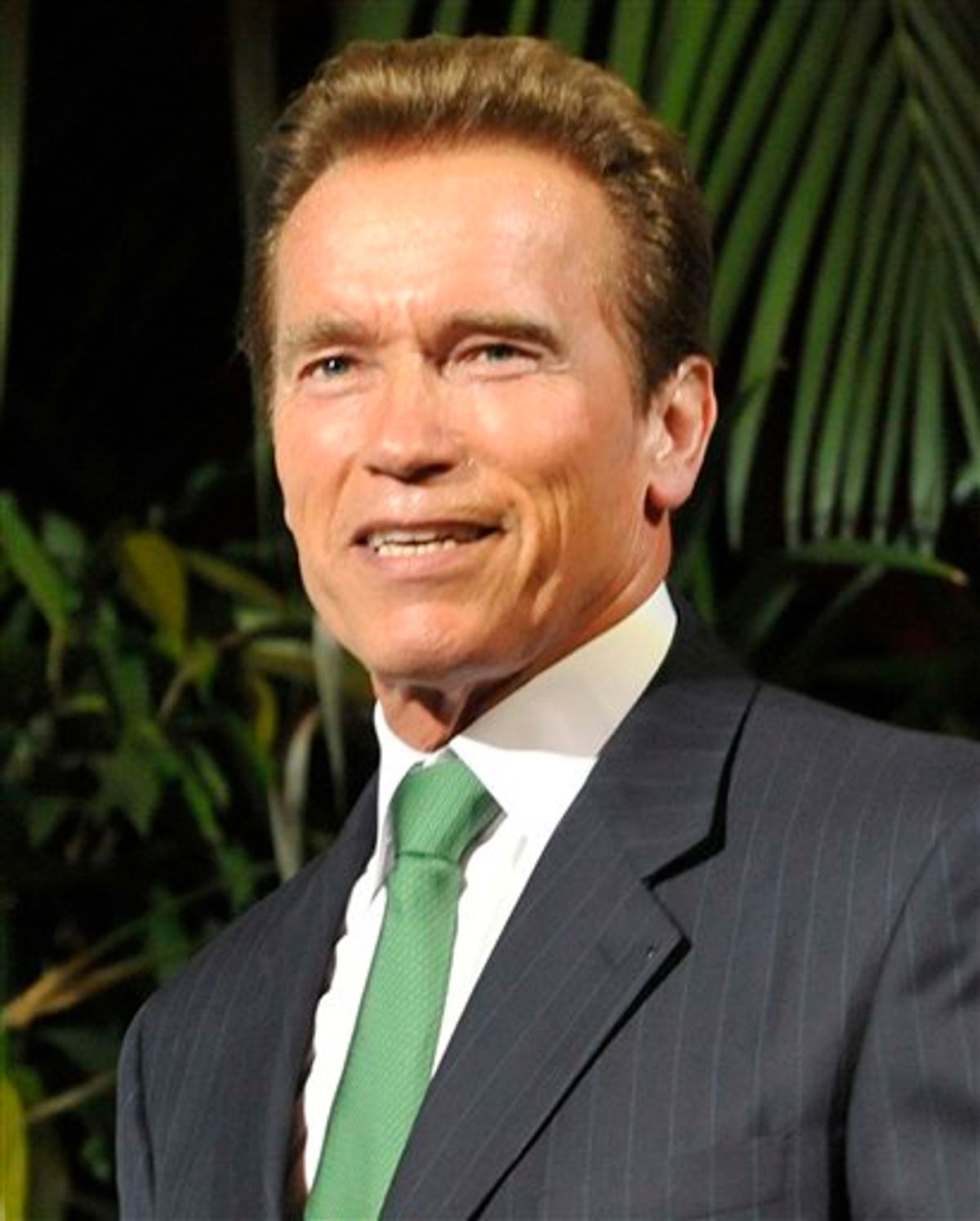 "Whether or not you're a fan of his movies or his political career ... it can't have been a shock to learn that Arnold Schwarzenegger's childhood home has just opened as a museum in Austria," Glen Levy wrote for Time magazine's NewsFeed after news of the museum's opening broke earlier this week. Actually, I was a little surprised. Are there really that many people who will want to visit Arnold Schwarzenegger's boyhood dwelling?

Here's what you'll find if you make the trek over to Thal, Austria, according to the BBC:

On display ... are [Schwarzenegger's] childhood bed, a motorbike from one of the Terminator films, some of his first dumb-bells, and a copy of the desk he used as governor of California. …

The museum [also] shows the house's original pit toilet, and a 1950s kitchen, with a washstand and jugs for collecting water.

Are there many people -- non-Schwarzenegger-fanatics, that is -- who still want to visit Arnold Schwarzenegger's childhood home after reading that? It seems like many of the artifacts presented there have little to communicate about the man himself, beyond what could be gleaned by looking at them in a photograph; after all, at least one -- the desk replica -- appears to have bypassed Schwarzenegger's presence entirely.

It's not unusual for a childhood dwelling to be turned into a museum; William Shakespeare and George W. Bush are just two figures whose boyhood homes have been memorialized. In those cases, as with many childhood museums, you get a glimpse into the early life of the soon-to-be significant, rather than a peek at the place where anything beyond adolescence was actually accomplished.

Of course, if a historic site can give you a real idea of what it was like to grow up in a particular community, and provide some insight into the life and work of the person you're interested in, that might be the strongest argument for its existence. Maybe the knowledge that Arnold Schwarzenegger grew up without electricity does shed a different light on his career. But it's something you could read about in a magazine; is it worth traveling more than a couple of miles to actually see the evidence for yourself? In any case, this BBC footage suggests that the house has electricity today.

As with so many historical properties around the world, much of the fascination with house museums doubtless derives from the ghost-like perceived presence of the historical individual involved: the idea that Flannery O'Connor or Pearl S. Buck or Johnny Cash or Bill Clinton once lived here, ate here, breathed here, slept here. And much of the time, it's down to the guest to create this experience: an exercise in imagination, rather than real observation.

How and why do these projects endure? Looking for answers, I first tried Victoria Cain, who teaches at New York University's Museum Studies program; her outlook for the field was not encouraging. "One of the reasons I think you don't get a whole lot of [experts on house museums] in Museum Studies programs is that it's a dying field -- it's a dying industry," she told me, explaining that people who start house museums hoping to boost local tourism often run into the normal problems encountered by small-business owners everywhere: high costs and dwindling demand.

"It will be interesting to see if people who are attempting to found these new house museums -- what their time horizon will be," she added. "Do they see these as short-term projects, designed to provide a jump-start to a particular neighborhood or economy, or do they really think that these are going to last forever? Because there will be a time where no one cares about Arnold Schwarzenegger ... And the Schwarzenegger house museum may find itself in a difficult situation."

Ken Turino, who teaches a course on historic house museums for Tufts' Museum Studies program and is manager of community engagement and exhibitions for Historic New England, adds of house museums in general: "A story is really important. You have to realize, a lot of historic houses don't have the original artifacts and family material. … You have to have some compelling story [to draw people in]."

"There has been a tendency to enshrine people with their birthplaces, even if they only were born there and immediately left," he says of the childhood museum phenomenon in particular. I ask: Are most of these institutions spun out of a cult of personality -- simply the product of a following for a particular person? He replies in the affirmative: "Quite frankly, I think a lot of them are."

Whose childhood home would you visit? Have you been to any childhood museums around the country that are particularly informative -- or notably disappointing? Let us know in the comments below.