MSNBC's senior political analyst returns from his suspension, is immediately wrong about things 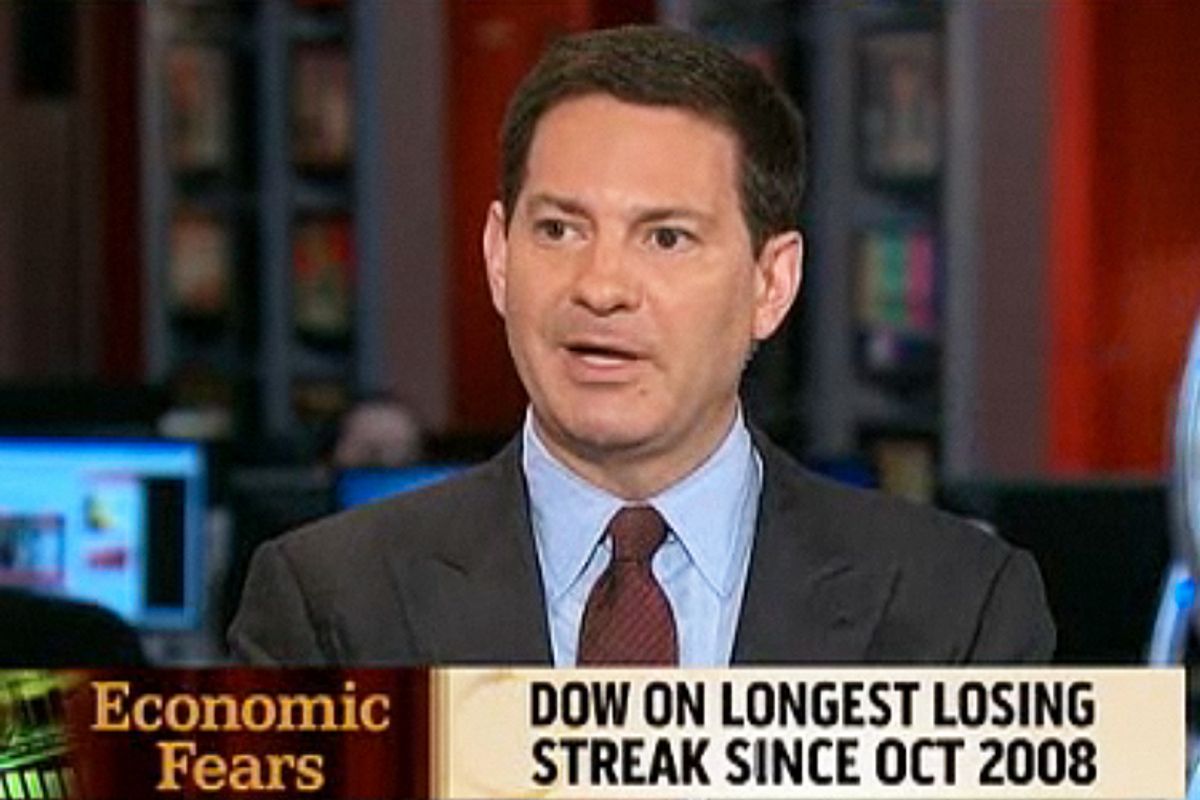 Oh, happy day! Mark Halperin was back on "Morning Joe" this morning, and MSNBC's master political analyst didn't lose a step during his month-long forced vacation. During a discussion of the economy and the national debt, Halperin masterfully said a bunch of inane, contradictory nonsense.

Just go about two minutes in for Halperin's dazzling performance. It begins with a rambling question from Mike Barnicle, about how dysfunctional Congress is (true!) and how things used to be better because people all got drunk together after work or something: "People actually got along in the '30s, in Congress. Tip O'Neill actually got along with Ronald Reagan," Barnicle says. (Can I just say, to Mike Barnicle: You should read a book about the 1930s. No one got along! Roosevelt won victories because he had huge majorities, but the personal animosity was intense. I mean, Google "court-packing." Roosevelt had to provoke a constitutional crisis to get his way!)

"Jobs come back when jobs come back. It's gonna happen cause of private sector and governors of states, not Washington. Washington needs to be more out of the way, except in cases where Washington can help."

Maybe it's unfair to say Mark Halperin is wrong about everything, because it's impossible to be wrong when you're saying absolutely nothing. Jobs will come back when jobs come back. Sure! What if they don't? I guess they will, when they do. Washington needs to get out of the way, except when Washington does not need to get out of the way. OK! An assertion in desperate need of some sort of substantive defense that is immediately retreated from. Now I know the inside scoop, about the politics!

There's more. Halperin volunteers the information that, had he been on TV this last month, he would've been wrong about everything. He actually makes a point of being wrong after the fact to make up for his absence.

"I miscalculated a fair amount about what would happen with debt talks. I thought, for instance, that there'd be a big signing ceremony. I thought the president would stand with the Republican leaders, and they would announce together, we've solved the problem, even if we didn't do everything everybody wanted. That didn't happen.

No, it didn't! Because this was always going to be a crappy deal that no one liked, and that no one would want any ownership of. Congress hates voting to raise the debt ceiling! No one has a ceremony to publicize the fact that they did something no one likes.

So I don't think -- part of, part of the challenge for the president and the Congress now, everything we can do to help the economy -- energy, infrastructure, tax reform, immigration -- that's going to require bipartisan compromise, I don't see any momentum for more compromise after this deal than there was before, maybe less"

Wait, back up. Washington needs to back off and let the governors and the job-creators do their business. Also Congress needs to tackle a series of Democratic policy goals, to help the economy. But they won't be able to because no one wants to compromise. (Who doesn't want to compromise? Do you think Obama doesn't want to "compromise," where "compromise" means "making a deal with Republicans to do something about immigration and infrastructure and tax reform"? Obama is begging for those "compromises.")

Welcome back to TV, Mark! I kind of prefer you calling people "dicks" to you actually "analyzing politics."