The baffling paranoia of rich guys who resent Obama 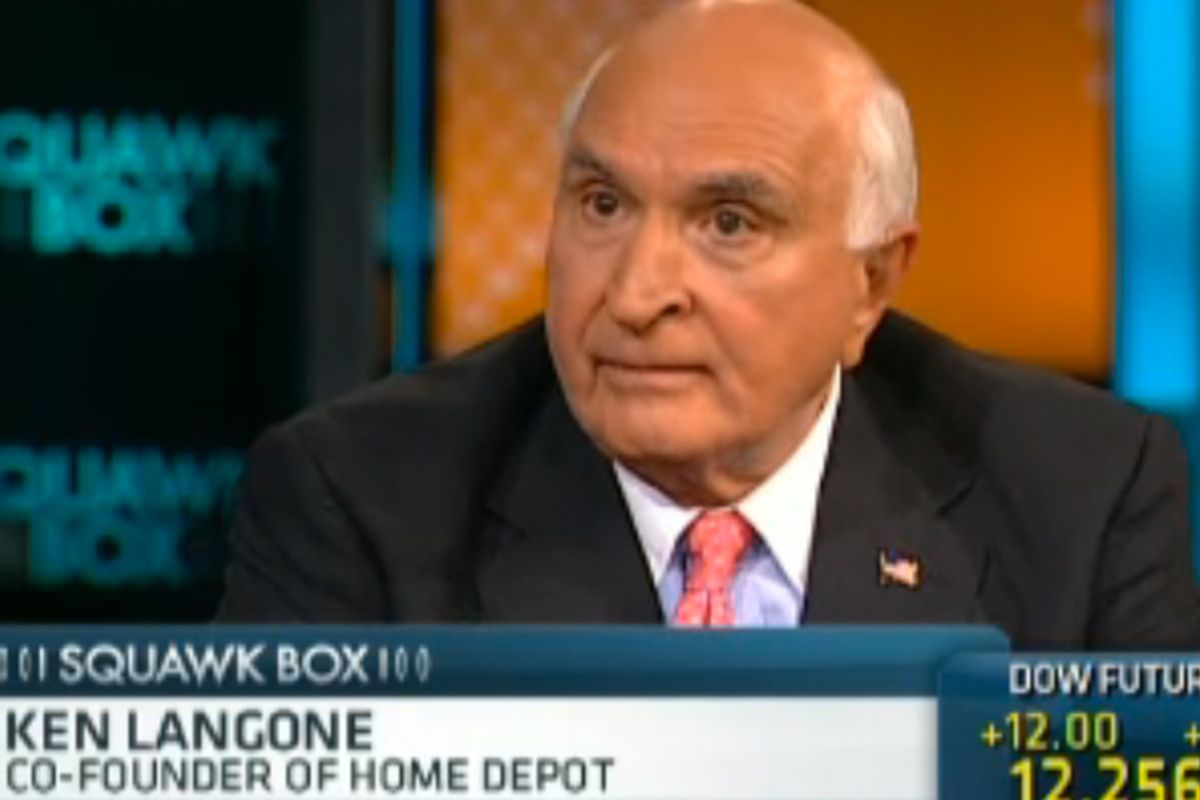 If I've learned one thing from Rupert Murdoch's recent troubles, it's that the incredibly wealthy and powerful are just confused old men who believe dumb things they read in email forwards, probably. They are certainly not wiser than any random newspaper-reading person. Here is some proof: Home Depot founder Ken Langone, babbling away on CNBC last week:

Ken Langone wants higher taxes on rich people. He wants the debt ceiling raised. And he wants his taxes raised. And he wants tax loopholes closed. And he wants government investment in education and job training. In other words, he is, in the current political environment, basically a liberal socialist Democrat? He is more or less aligned with Paul Krugman here. Obama wants all of these things, too!

Except Langone has a big problem with the politician who shares all of his major economic policy goals: That politician is also mean to rich people.

Langone told CNBC that Obama's behavior has been "unpresidential."

"He is dividing us as a nation," Langone said. "He's not bringing us together. He's willfully dividing us. He's petulant."
[...]
"Ronald Reagan would never go into the Oval Office without his jacket on—that's how much he revered the presidency," he said. "This guy worked like hell to be president...Behave like a president. Let me look at you as a model to how we should behave. What does he say? Fat cats, jet airplanes. What is the purpose? Us versus them.

"The thing I fear the most about the future of America is...divide us, we all lose. This has got to stop."
[...]
"He is not acting presidential. He is behaving in a way designed in my opinion to divide us, to make us look at each other with skepticism, with suspicion. That is the end of America as we know it," he said. "The destruction he is inflicting by his behavior will carry on long after we settle the debt limit."

So, there is an extensive fact-check of the Reagan jacket thing, but it doesn't need a fact-checking, it needs psychoanalysis.

Yes, Americans are all ideologically confused. Voters like liberal policies but vote for divided government. Thomas Friedman dreams of a technocratic center-left third party without realizing he's dreaming of the Democratic Party. But Langone crying about the president's lack of respect and then wishing for Chris Christie to run isn't just ideological confusion, it's the pathology of the ultra-wealthy under imaginary siege.

Guys like Langone should be thankful there aren't mobs with pitchforks out there, but instead of recognizing that Obama's their best friend in the country, they're dreaming that there are mobs, and that this awful populist president is leading them. Imaginary president Black Huey Long haunts them. People like Jamie Dimon and Lloyd Blankfein, who should probably be in jail, are convinced the president who pissed away a significant chunk of his popularity by giving Wall Street all the money it needed to get back on its feet after crippling the world economy is a socialist bent on their destruction. It's been well-documented, but Langone's nonsensical rant is a perfect distillation of how stupid these masters of the universe actually are. (I mean, Chris Christie! He'll bring dignity and respect back to the White House, by yelling at every teacher in the nation, one by one.)

I thought rational self-interest would lead these "fat cats" to support the party that wants to create a stable economy where they can all make as much money as possible, while the bare bones of the social safety net keeps the underclasses pacified, but thin-skinned paranoia apparently trumps all. The president saved capitalism for the rich while overseeing austerity for everyone else, sure, but ... he's uppity! Go ahead and support the guys who want to bring the entire system crashing down, rich guys. Maybe then we will get the pitchforks and torches!