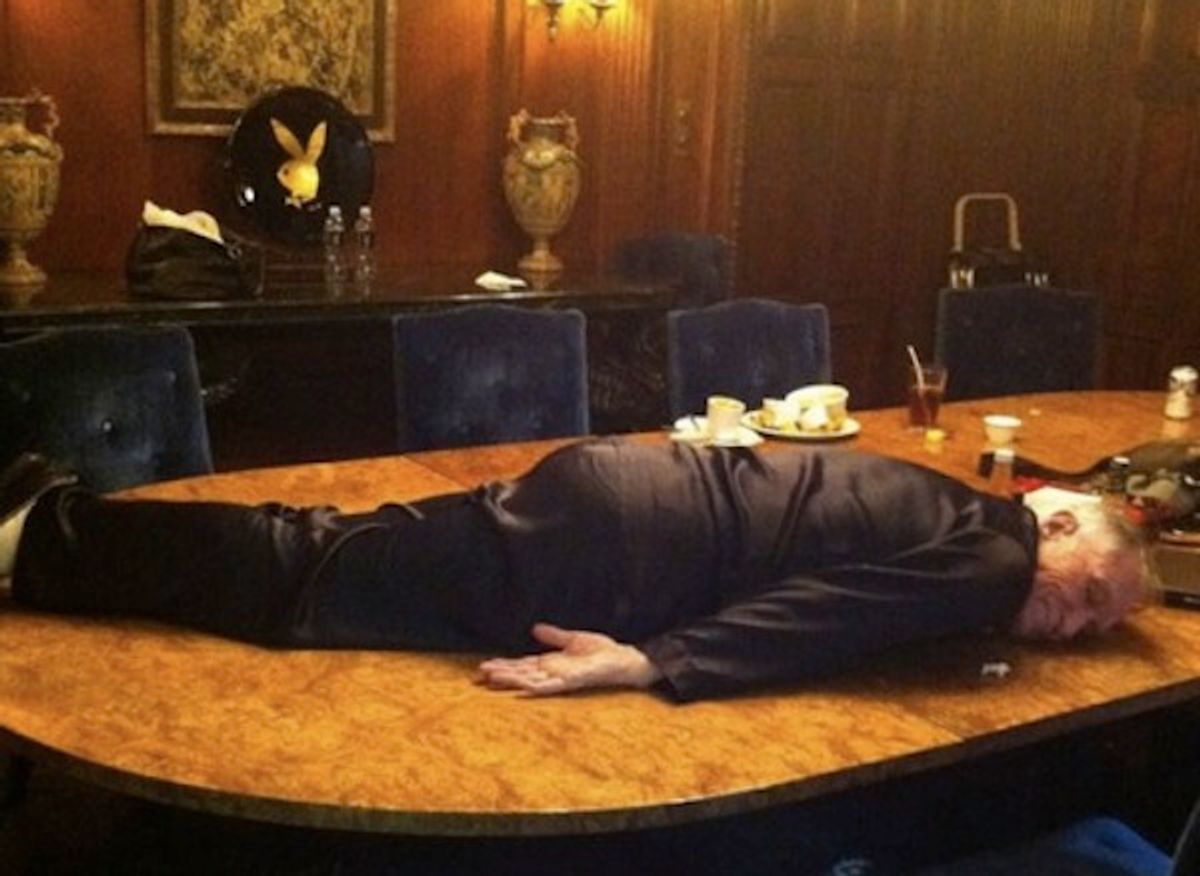 Is Hugh Hefner planking or should someone call a doctor?
--

1. Movie hoax of the day: Is this really Steven Spielberg's "curriculum" list of the 206 movies that every filmmaker should see before picking up a camera? Edgar Wright  says it's a fake, but it does seem like a very Spielbergian thing to do. Except who put "The Godfather III" on there?

2. Race-y comic news of the day: If Glenn Beck doesn't like the new Ultimate Spider-Man, how is he going to feel about Laurence Fishburne playing news chief Perry White in Zac Snyder's "Superman" reboot?  I blame Michelle Obama.

3. Rock loss of the day: NBC exec claims that "30 Rock" will continue past next season, with or without Alec Baldwin. OK. But what about Tina Fey, who Baldwin had also hinted might leave when their contracts expire in 2012?

4. SpongeBob war of the day: "Fox and Friends" has taken issue with the cartoon "SpongeBob SquarePants" for talking about global warming like it was some real thing. Ironic, since they talk about SpongeBob as if he were a real person, and not an animated square sponge.  Man, Bill Nye,  SpongeBob ... Fox really isn't ingratiating itself to the "10 and under" demographic.

5. Plank of the day: Hugh Hefner and the Playmates enjoy a quick round of "the lying down game."  Although in Hefner's case, it's hard to tell if he's participating in a viral Internet trend or in need of immediate medical attention. Planking is deadly, you know.