Various matters: Discrimination is a "state secret," and the non-war in Iraq simmers 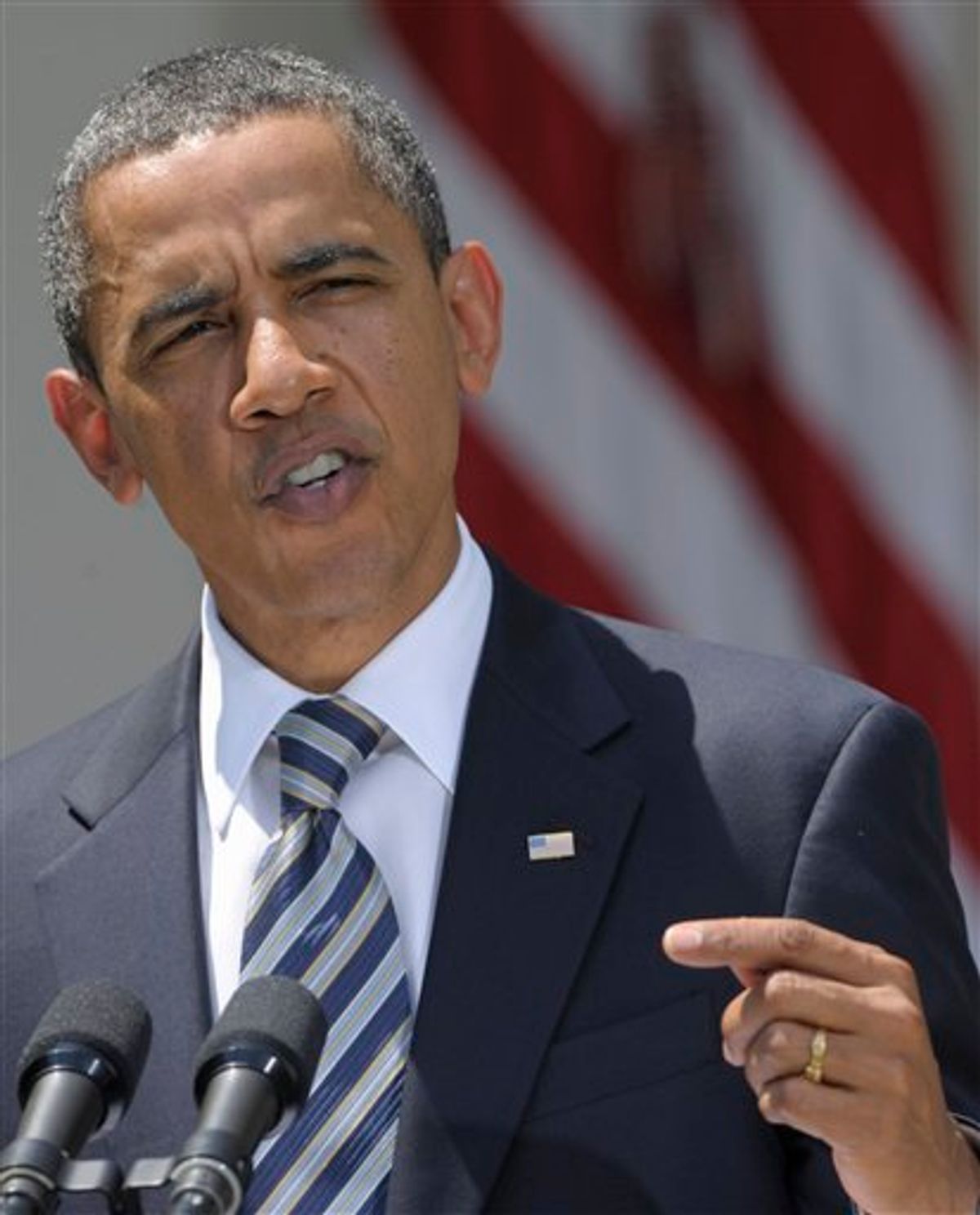 Time constraints will likely prevent me from writing much today, so here are several brief items worth noting:

(1) I have a contribution for the New York Times on the Tea Party for the paper's Room for Debate Op-Ed feature, here.  I also participated in an excellent 12-minute Al Jazeera report on how the media reported on the Oslo attack, which can be viewed here.  And this afternoon, beginning at 2:10 p.m., I'll be on To the Point discussing the debt deal and its political implications, which can be heard here.

(2) In February, numerous American Muslims and groups sued the FBI, alleging -- based on the confessions of a former paid FBI informant -- that Muslim individuals and mosques were randomly targeted for surveillance and infiltration in violation of their First Amendment rights and rights to be free from religious discrimination.  So extreme was the FBI informant's efforts to lure mosque members into Terrorist plots -- following the FBI's typical pattern of manufacturing its own plots and then touting it success in stopping them -- that members in one of the targeted mosques actually called law enforcement authorities to report the informant for appearing dangerous and unstable.

Yesterday, the Obama DOJ responded to the lawsuit, and did so, as Josh Gerstein reports, by demanding dismissal based on the "state secrets" privilege -- claiming that even if they violated these Americans' religious freedoms and discriminated against them, "allowing the [claims] to be litigated would require the disclosure of sensitive national security information."  The DOJ's brief repeatedly touts the threat of "homegrown terrorism" to argue that the identity of citizens whom it surveils -- and even the identity of those it does not -- are such vital "state secrets" that courts must not force Executive Branch officials to even respond to these lawsuits.

So now this secrecy doctrine is used to tell victims of alleged discrimination that their claims cannot even be heard by a court because what was done to them is a "state secret" -- even though courts possess numerous powers to safeguard actual secrets.  Yet again we see the radical perversion of the "state secrets" privilege pioneered by the Bush administration and continued in earnest by the Obama DOJ from what it began as -- a document-specific evidentiary privilege -- into sweeping immunity instrument which literally removes the President and his underlings from the rule of law (even if we broke the law, our actions are too secret to judicially scrutinize).

(3) In other news from The Most Transparent Administration Ever, the Senate Intelligence Committee -- led by Dianne Feintsein -- refused to compel the Obama administration to disclose its interpretation of the Patriot Act and, specifically, the domestic surveillance powers it exercises under that law.  Sens. Ron Wyden and Mark Udall tried to compel disclosure of the administration's interpretation of that law on the ground that it so severely departs from the public's (and Congress') understanding of that statute that it amounts, in Wyden's words, to a "secret law, a secret Patriot Act."  As Obama's own chosen (but never confirmed) OLC Chief Dawn Johnsen repetaedly argued, "secret laws" -- where the Executive Branch refuses even to disclose how it is interpreting a Congressional statute -- were one of the most anti-democratic abuses of the Bush years.  Yet here it flourishes.  The Intelligence Committee also refused to compel the Obama administration to estimate how many Americans have been subjected to electronic surveillance under the 2008 FISA Amendments Act supported by then-Senator Obama.

(4) In the Philadelphia Inquirer, Thomas Drake (who was prosecuted for whistleblowing by the Obama DOJ) and Jesselyn Radack (who was harassed for the same sin at the hands of the Bush DOJ), have jointly written an Op-Ed documenting that -- as they put it -- the current  "administration's reaction to national-security and intelligence whistle-blowers has been even harsher than the Bush administration's was."  Meanwhile, the U.S. Government's former classification czar -- furious that Drake was prosecuted for leaking documents marked "classified" for which there was no conceivable secrecy concerns -- is trying to strike back against Obama's war on whistleblowers by formally demanding that the NSA officials who improperly classified those documents be punished.  To say that excessive secrecy is a vastly greater problem than unauthorized leaking is to understate the case.

(5) In Iraq -- where we have been repeatedly told the U.S. war has ended -- U.S. forces joined Iraqi forces for a night raid on a village near Tikrit "that left the tribal Sheik and two others dead, and several wounded, including two young girls."  That led to the following, from the NYT reporter who visited the village:

Surrounded by perhaps two dozen men, they took us through the village, recounting the raid and blaming the Americans. . . . "We will follow them to America and file cases there against them," one of the villagers said. "There were more than 30 people here that saw what happened and all are ready to be witnesses."

One tribal sheik, Youseff Ahmad, spoke about the debate about the future role of United States forces here that has dominated Iraqi public life of late. "We want them to leave, even before the end of this year," Mr. Ahmad said. "They’ve destroyed us. They’ve only brought killing and disaster."

Despite the truth of that last observation, the NYT reporter seems truly mystified that more anger isn't being directed to Iraqi forces or the Iraqi court which approved the raid but, instead, the foreign army is bearing the brunt of the rage.  Meanwhile it was announced last week that the oh-so-autonomous Iraqi government has agreed to pay $400 million to compensate Americans held as "human shields" by Saddam during the Persian Gulf War -- 20 years ago.  I wonder if a similar compensation package is headed toward the latest Iraqis whose lives the U.S. just helped extinguish.  This is all taking place in the context of U.S. efforts to "persuade" the Iraqis to "allow" U.S. troops to remain in Iraq beyond the 2011 withdrawal deadline Obama repeatedly promised to maintain:

Public remarks by Moktada al-Sadr, the anti-American Shiite cleric whose Sadrist movement is politically powerful, that he would reconstitute his militia if the Americans stay has in some ways masked a deeper anti-American sentiment that courses through Iraqi life, Sunni and Shiites alike. While the debate has sometimes been framed as the Sadrists being the sole voice against a continued United States troop presence, American diplomats, citing polls that aren’t public, say the majority of Iraqis have a negative view of the American role in Iraq.

I just can't fathom why they think that way -- so ungrateful are they.  And one can never note enough times how frequently and in how many different countries the U.S. kills innocent people under the direction of the 2009 Nobel Peace Prize winner.