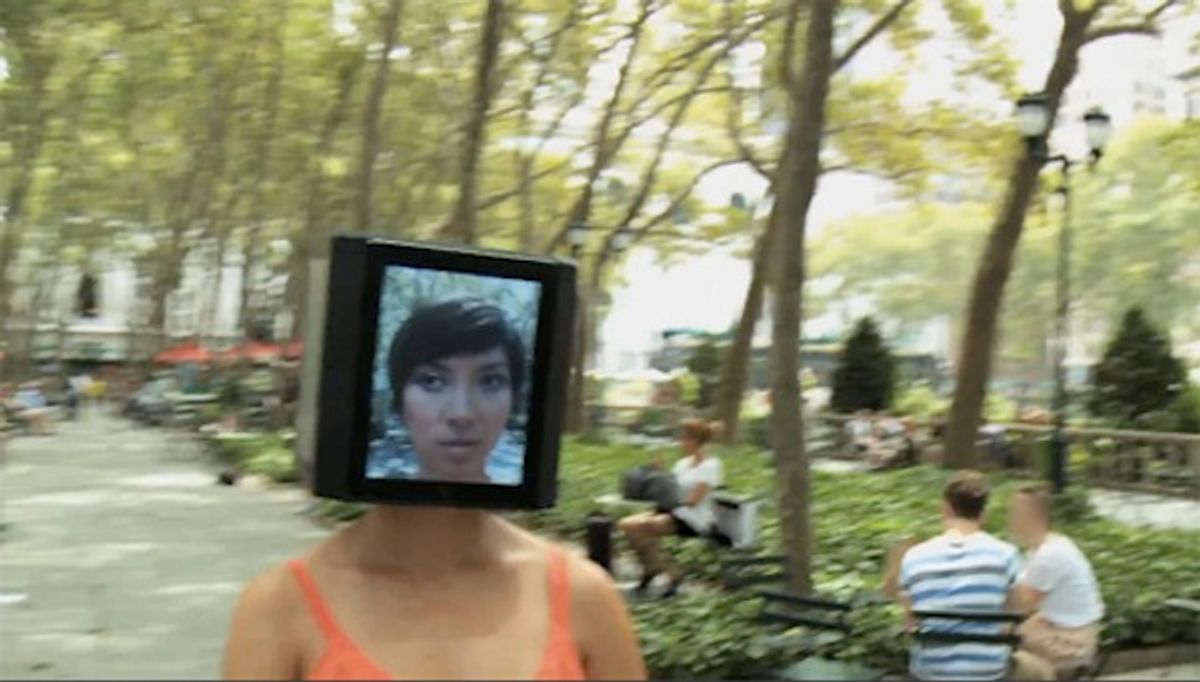 Being able to power down your girlfriend is a huge plus these days.
--

Brazilian footwear company Melissa  created a giant mural using 300,000 pages of sticky pads to open their flagship store. Bonus: viewers could write little notes of endearment on the Post-its, creating a huge mural composed with a lot of love.

Obviously, Glenn does not understand the difference between the Ultimate and regular Marvel universe, or he'd know that the comic book company has every intention of keeping Peter Parker alive and Caucasian.

You'd think that Peter Parker's Spider-Man working with the president  would be the more complex issue, but no ... he's right. This is what Michelle was referring to when she said, pre-election, that we'd have to change some of our traditions. She was talking about the Ultimate Marvel universe.

These sixth-graders know more about what's going on in D.C. right now than 77 percent of America.

Now tell me about Super Congress!

4. Justin' Time: Justin Timberlake takes a break from terrible rom-coms for "In Time," a sci-fi futuristic film where aging stops at 25. Cool, right? Except then you have only a year to live, and the only currency accepted is minutes of your life.

So it's like "Gattaca" meets "Children of Men" meets this prank.

A woman walking around Bryant Park with an iPad where her face should be makes for the creepiest marketing campaign of all time.

The spot was supposed to promote Hearst's new iPad-only app ("Cosmo for Guys" does not sound like something any man wants to buy), but all it makes me want to do is scream "Kill it!" before running away.