This is what imposition of religious law looks like 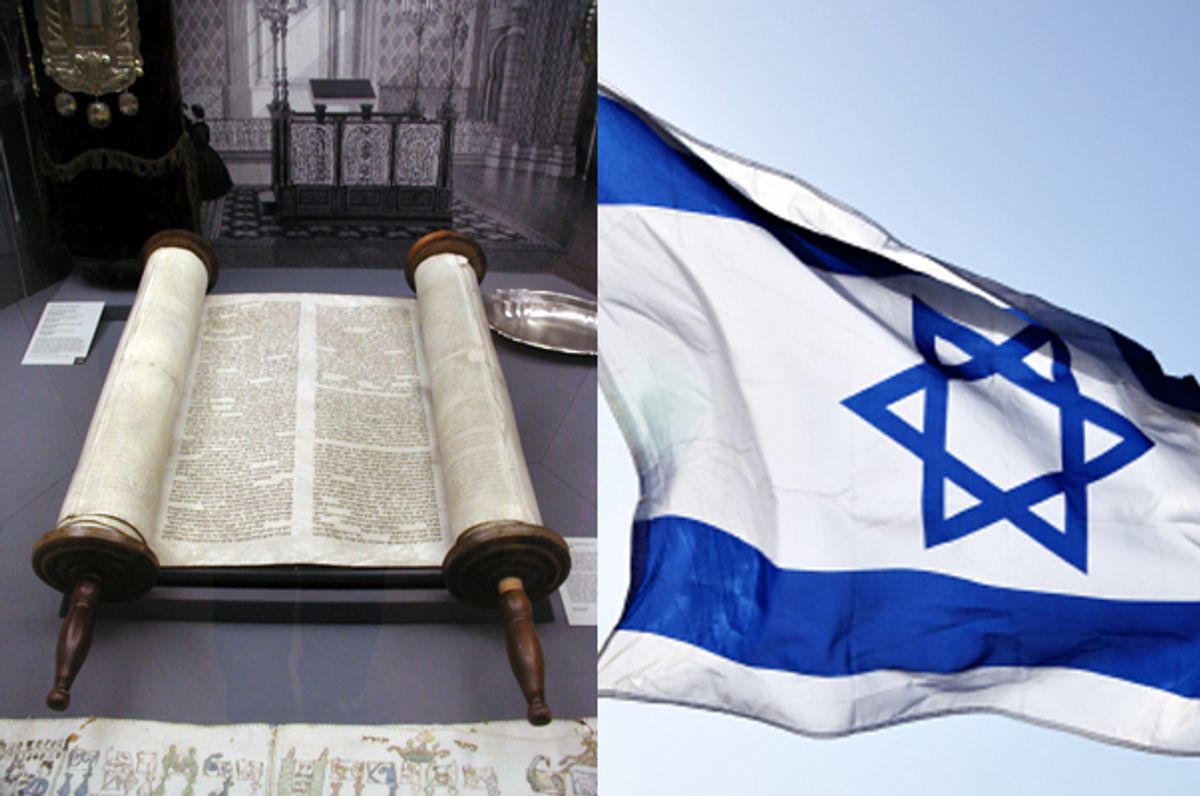 We've been skeptical of right-wing claims of "creeping Shariah" in the United States, which are based entirely on a few court cases that don't bear scrutiny as isolated examples of Islamic law in American courts, and much less amount to a systematic push for Shariah.

But, for the record, here is an example of what imposition of religious law actually looks like. From Haaretz:

Forty lawmakers from both the coalition and opposition Wednesday submitted a proposal to the Knesset for a new Basic Law that would change the accepted definition of Israel as a "Jewish and democratic state."

The bill, initiated by MKs Avi Dichter (Kadima ), Zeev Elkin (Likud ) and David Rotem (Yisrael Beiteinu ), and supported by 20 of the 28 Kadima MKs, would make democratic rule subservient to the state's definition as "the national home for the Jewish people." ...

Another clause states that Jewish law will be a source of inspiration to the legislature and the courts.

This would mean that MKs would be asked to legislate in the spirit of Jewish law, and courts to adjudicate by it in cases where no other express law exists. In the language of the bill: "If the court sees a legal question requiring a ruling, and finds no solution in legislation, custom or clear analogy, it will rule in light of the principles of freedom, justice, integrity and peace in Jewish heritage."

That's via Mitchell Plitnick who quips about the threat of "creeping halakha" (Jewish law). We'll be the first ones to sound the alarm if a group of American lawmakers propose a religious law -- based on shariah, halakha, canon law, or anything else -- of this type.