The HIV scare that got me to quit teaching

I loved working with kids who needed me. But as the school fell apart, I had to admit: It was too much 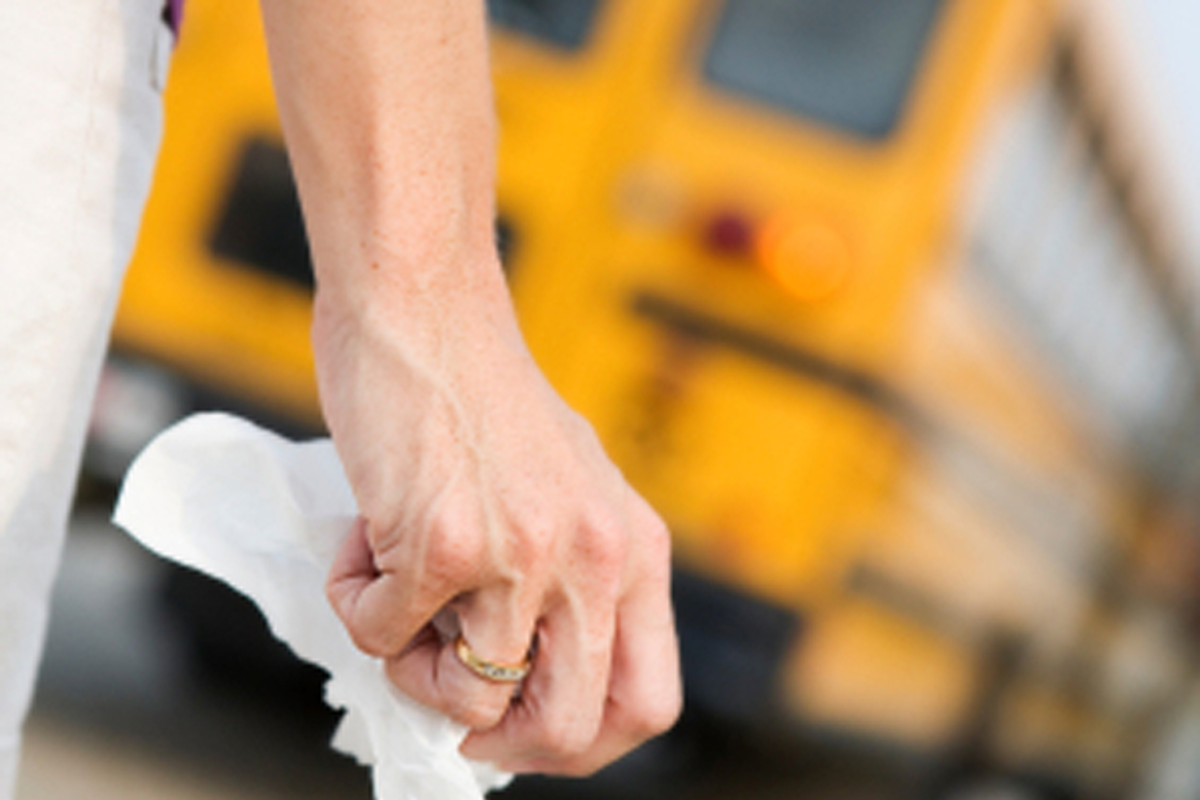 It wasn't until I was sitting in the doctor's office, getting blood drawn to begin what would be three months of HIV testing, that I decided to quit. No, I'm not talking about unsafe sex or intravenous drug use; I'm talking about teaching preschool.

I'd gotten the job almost exactly a year earlier. I'd be teaching 3- and 4-year-olds at a nonprofit center that specifically existed to serve the needs of the HIV population in the community. After my last job of formatting book catalogs (eight mind-numbing hours a day of clicking tab, control-B, control-I, return, space space space space over and over again), I couldn't wait to jump into a job that would mean something to someone, that would make a difference.

And at first, I loved it. I loved watching Marcos recognize the word "zoo" on a book after doing a pre-literacy activity I'd designed. I loved making crumbling cakes and pizza in the sandbox with Tracy. I loved pounding Play-Doh with Keisha and listening to her count the worms in the little family she'd rolled out. I loved laughing when the kids dressed up in high heels and feather boas and sat down to have "tea" with me.

Of course, the job had problems. Three days after she hired me, my boss quit. I didn't have anyone to talk to if I ran into a problem with a child or a parent. Administration worked in another building, and I rarely saw or spoke to them. I was sometimes tasked with supervising eight kids while preparing their snack in the next room, because there was no one else to do it. The laminator was never working, and I was never given any kind of budget to buy crucial supplies like construction paper.

But I made it work. I'd scavenge CDs and markers and houseplants from everywhere -- my house, my mom's house, my boyfriend's house -- and bring them in to supplement the minimal supplies I had. I stayed after-hours, off the clock, making copies or washing the kids' dirty dishes. But I was so happy to be doing something that seemed to matter. I was teaching these kids to read, to count, to get along with others. So what if I was maybe letting down a few boundaries with my time and my possessions? I was Important. I was Needed. I was Doing Good.

But the next fall, when classes were just about to begin, the school began to fall apart, just like Tracy's sand-cakes. The teacher who handled the afternoon class quit, and I was told I'd now be doing both her job and mine, although my hours would be the same. We accepted two new students into the morning class: One was homeless and living with his mother's drunken boyfriend; the other had just been removed from his home by social services. Each had hour-long screaming meltdowns and violent tempers that required the entire attention of at least one adult when they flared up.

I can handle this, I told myself. I spent even more of my own time lesson-planning, since I was now teaching in the afternoons instead of preparing while my own class napped. I asked my roommates to help me cut out mosaic pieces or staple blank journals together while we watched television at night. I got books from the library on behavior management and made sock puppets to help teach the class a curriculum on kindness.

But the hits kept coming. One of the boys in my class started doing things like stomping on little girls' fingers and throwing wooden blocks at my face after (I found out two months later) he'd witnessed his dad in a gang-related gunfight with police. My assistant quit and the administration decided to save money by not hiring a replacement. I begged the administration to remove one of the new students, who had to be physically restrained from punching, kicking or tackling other children; they refused.

One day, I was trying to calm a child who was sprinting around the room carrying a pair of scissors, and the terrifying thought struck me: If I had a real emergency right now, there is literally no one in the building I could call for help.

Somehow, this thought did not make me put in my two weeks' notice. I was still convinced I could handle it; I was in denial. I wasn't sleeping at night because I'd worry about when I was going to have time to put together the kids' required portfolios or whether I needed to call social services about Britney's bruised cheek. At school, a kid hit me in the eye with a thrown Lego, and I started crying in front of the whole class. I'd lose my temper and yell at the kids to Get over here! Stop doing that! Sit DOWN! For weeks, I hadn't laughed at anything. Nothing seemed funny anymore.

And I wasn't a good teacher anymore. I kept singing the songs and reading the books and rolling the Play-Doh, but I dreaded each day. I dreaded the kids. And they knew it. Kids always know stuff like that.

But I still wouldn't quit.

The nonprofit sector attracts a certain kind of person. The kind who will work zillions of hours at an unpaid internship because they believe in the cause. The kind who will put up with being understaffed and overworked, because there are people out there who depend on the benefits provided. The kind who think that if they don't carry the whole world on their shoulders, no one else can or will. The kind who stick with a job, even if the job is steadily scraping them down to nothing, because they want to do good. They want to be good. Even if it kills them.

Finally, in late December, a wave of hand, foot and mouth disease hit the school, which meant that a bunch of kids had open sores in their mouths. Then the child I'd been wanting removed from the school got violent again, and when I grabbed his wrist to stop him kicking another child, he bit me. It broke the skin. The chances were slim that I could contract AIDS that way, but I still had to go to the doctor for the next three months for HIV testing.

Sitting in the doctor's office, crying, I called my boyfriend and told him I was quitting.

And I did care about them. I just couldn't keep caring for them. Not when I had nothing left to give.