This anti-equality pledge is 100 percent slavery-free 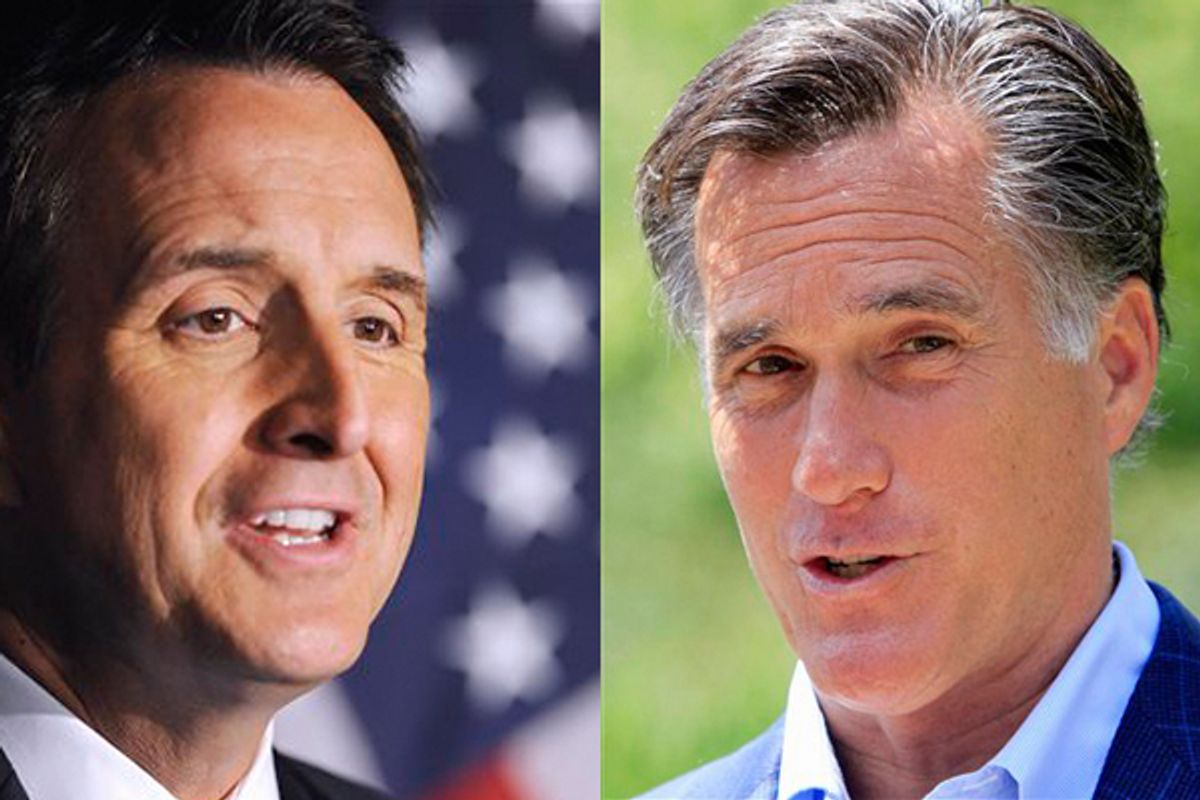 That's why Mitt Romney, who skipped the slavery pledge, was fine with this one. What are the candidates pledging to do, exactly?

Romney's on board. Michele Bachmann and Rick Santorum, obviously, are on board. But whither Tim Pawlenty? Is he now trying to get noticed by being the one guy who didn't sign the marriage pledge? It's getting him some ink at the Corner. Kathryn Lopez says she's tired of pledges, but she still really seems to want T-Paw to sign this pledge. Maggie Gallagher, chairwoman of NOM, says:

“Pawlenty’s communications director Ann Marie Hauser personally informed me on Tuesday that Tim Pawlenty would not sign NOM’s marriage pledge. Like many people, we are scratching our heads wonder why Governor Pawlenty, who has been a champion for marriage in Minnesota, would not commit to doing so for America.”

Katrina Trinko says T-Paw might be skipping this pledge because he wouldn't sign the other pledge, or something? Lopez -- who is, again, sick of pledges -- weighs in once more, wondering if the Pawlenty campaign shouldn't maybe just write its own anti-gay marriage pledge, and sign that. Finally, she decides that Tim Pawlenty is "solid on marriage" and doesn't need to sign a pledge to prove his opposition to gross gayness. And that is the story of Tim Pawlenty not signing the marriage pledge, for reasons unknown.