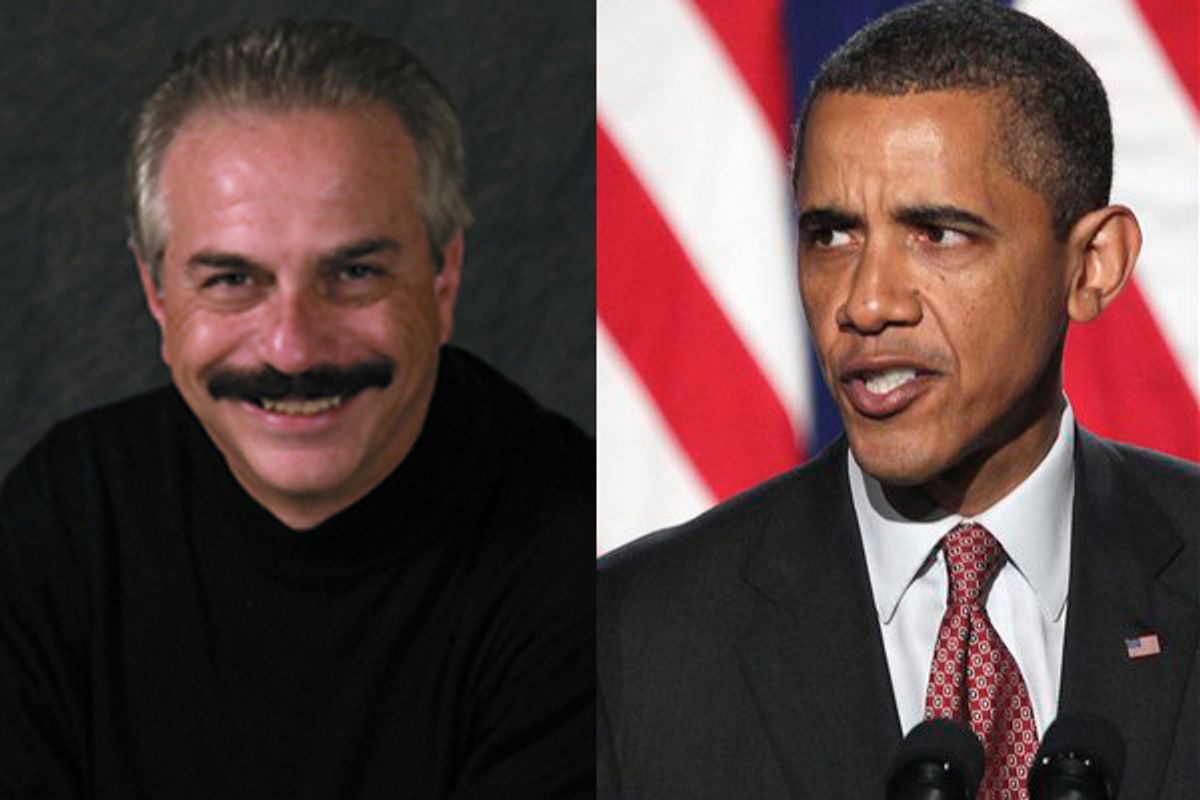 I'm not sure I needed to bother write a "joke" post about how paranoid right-wing conspiracy nuts would react to Barack Obama's birthday, because World Net Daily's Joseph Farah actually just published the real-life version. The headline: "Happy birthday?" The question mark is not because Obama's birthday may not be particularly happy. It's because we don't even know if today is his real birthday. (Today is his real birthday.)

President Obama released his birth certificate, and then, a few years later, he released another, longer birth certificate, and basically we have all the evidence it is possible to have, in this pre-time machine age we're all forced to live in, that Barack Obama was born, as his Wikipedia entry says, on August 4, 1961, at Kapi'olani Maternity and Gynecological Hospital in Honolulu, Hawaii. On the other hand...

How much don't we know about Barack Obama as he nears the end of his third year of White House occupation?

Well, he claims today is his 50th birthday.

Yet, incredibly, it is still only an unsubstantiated claim – and, perhaps, more suspect than ever.

Incredibly! Perhaps! For all we know, the president could actually be 48!

Farah now outright declares that Obama's birth certificate is a forgery, or somehow fraudulent. He really has to claim this, because birtherism has been WND's meal ticket for a few years now, and without it, they're left with... "American lake turns blood-red, sparking end-times wonder." As Dave Weigel wrote yesterday, WND just updated their bumper stickers to read "Where's the REAL Birth Certificate," which isn't as catchy.

Farah's really getting sort of desperate and crazy-sounding even for him.

Because of the overwhelming evidence put forward now from document experts who have examined this official White House deception, it's all a matter of public record. Obama's birth certificate fraud is indefensible. In desperation, like others in his position in the past, he has decided to cover up the original crime with an even more serious crime. But now he has left a paper trail in his wake.

How long will it take to see him frog-marched down Pennsylvania Avenue?

How will this charade finally be resolved?

What steps need to be taken to see justice prevail?

We're not nearly as far away as you might think. While the media and the failed Washington political establishment would like it to just go away, that will never happen.

Not as long as I am around to sit on Obama's birthday cake.

Joseph Farah is sitting on your birthday cake, Obama. He sits on your cake!