Where is all the Wisconsin money coming from? 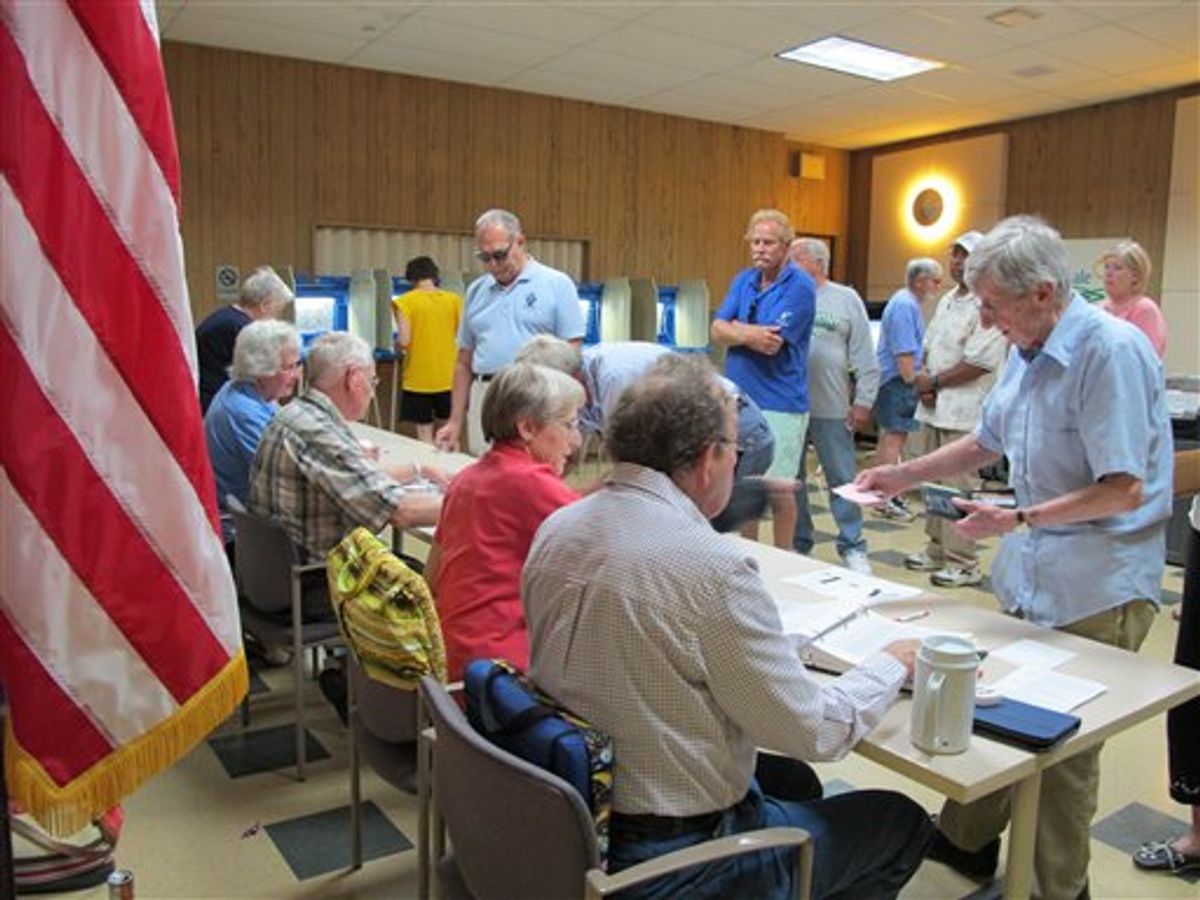 Residents in Glendale, Wis., which is also also Sen. Alberta Darlings district, line up Tuesday, July 12, 2011, to vote in a Democratic primary election ahead of a recall election next month. Darling is one of six Republican state senators being targeted for recall for supporting Republican Gov. Scott Walkers budget-repair bill. Three Democratic state senators are also being targeted for recall for fleeing the state to stall action on the bill. (AP Photo/Dinesh Ramde) (AP)
--

The ongoing state senate recall elections in Wisconsin have never been a local issue. Since Gov. Scott Walker introduced a bill early this year to curb public workers' collective bargaining rights, the Badger state has been at the epicenter of a national battle over the fate of unionized labor. At present, the fight is playing out in the form of recall elections, in which Democrats are trying to gain control of the Wisconsin Senate and Republicans are retaliating with recall efforts of their own.

Both Republicans and Democrats on the national stage want to use Wisconsin to set a fulcrum for the 2012 debate, with Democrats emphasizing their support for working families and Republicans stressing the need to curb spending. Unsurprisingly, a mountain of outside money has poured into the recall efforts on both party sides. A reported $31 million is being spent by interest groups to influence the elections, according to estimates from the Wisconsin Democracy Campaign. Compare this to the amount spent on all the Senate races in the state in 2010: $3.75 million.

The $31 million, which is going towards two sets of recalls (the six Aug. 9 elections targeting Republicans and two more targeting Democrats state senators a week later), is pretty evenly-split between the parties.

A coalition of labor unions acting under the title "We are Wisconsin" has reportedly spent $8.8 million on Democratic recall efforts and, as such, is the biggest spender on the left. The Greater Wisconsin Committee, a liberal advocacy organization, has donated $1.5 million. Neil Sroka, press secretary of the Progressive Change Campaign Committee, told ABC News that his group "have joined up with another liberal activist group, Democracy for America, to spend $2 million in the state -- $1.5 million on television ads and $500,000 on grassroots work."

On the Republican side, donations from an array of groups add up to millions of dollars. Two Koch brothers-backed groups, Americans for Prosperity and Citizens for a Stronger America, have spent hundreds of thousands of dollars into TV ads and mailers (some of which have been accused of tampering with the elections by telling Democratic voters the wrong date to return ballots, as we reported this week).

Mother Jones points out, however, that although the conservative fundraising tally equals that of the Democrats, far more of it is dark money: "The left-leaning groups usually disclose their donors, while the right-leaning groups mostly don't." Mike McCabe of the Wisconsin Democracy Campaign told the magazine that two-thirds of the recall spending comes from undisclosed sources and that he "blames the Supreme Court's Citizens United decision for allowing so much anonymous spending."

Disclosed or undisclosed, the staggering amount spent on these recall races indicates that their outcome is about more than control of Madison. It's about the future of the country.