The president's "hip-hop barbecue" had very little hip-hop, but plenty of race-baiting potential 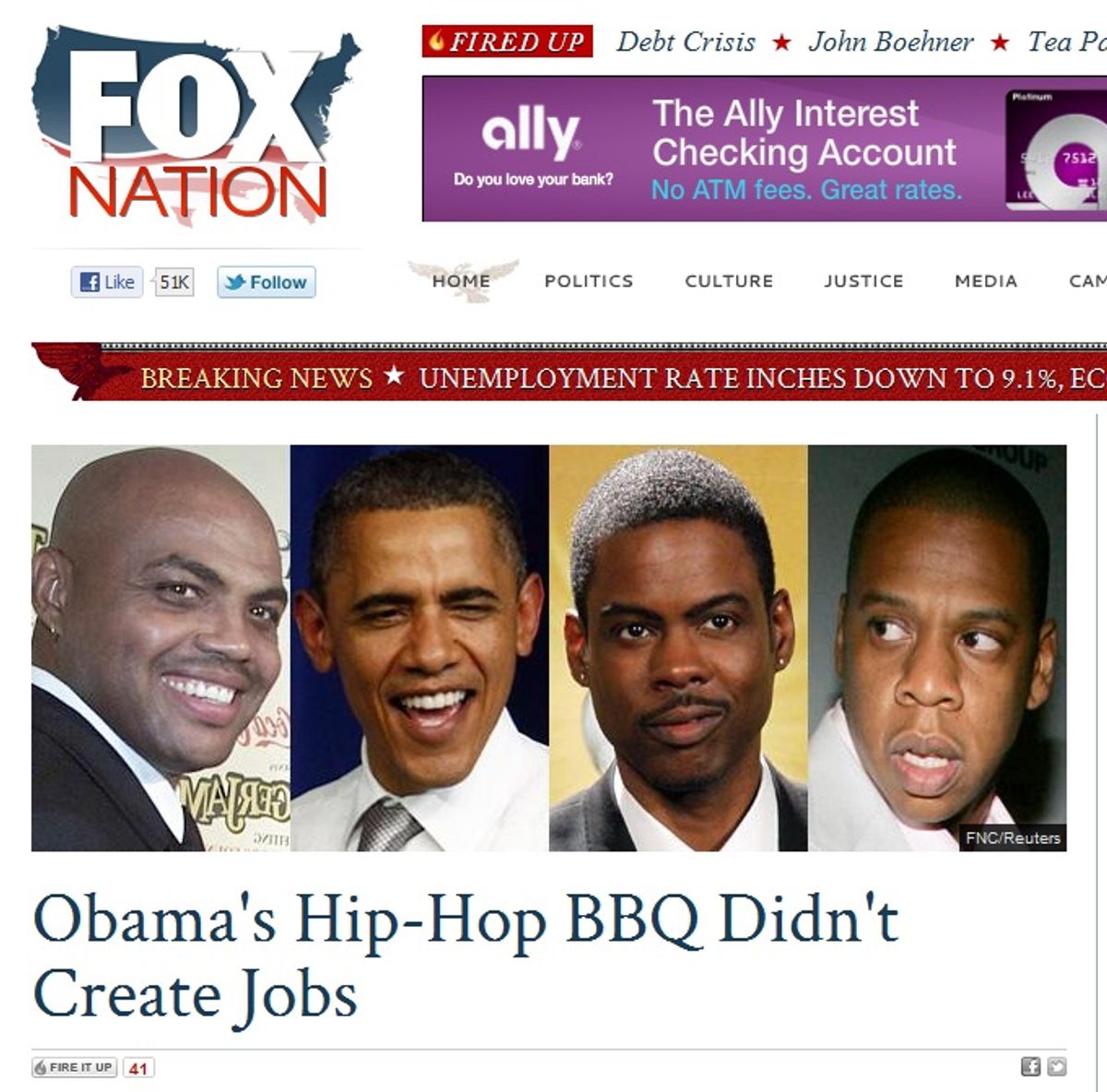 So, it's a little weird that Fox has its own right-wing news site, right? Anyway, this is the "Fox Nation" top story, right now: Charles Barkley ate ribs at the White House. Black people! Hip-hop!

The blatantly race-baiting story is just a very intellectual property-disrespecting "summary" of a Politico story (it's also weird that Fox's right-wing news site steals all its content) about the president's birthday party, which some celebrities attended. Here is an actual Fox Nation comment: "What no watermelon?"

An hour later, the party started…

--… with dinner in the Rose Garden, accompanied by “The President’s Own” United States Marine Band. Then the First Lady and his daughters presented POTUS with a cake, and everyone moved into the East Room for performances that included R&B singer Ledisi, and Herbie Hancock. Stevie Wonder came up at the end and sang a medley ending in “Signed, Sealed, Delivered I’m Yours.”

The Marine Band is my favorite hip-hop group.

The best thing about this front page is that those are all black guys that even old white dudes love. Charles Barkley and Chris Rock and Jay-Z are rich and successful in part because of their "crossover" appeal, stupid Fox racists.

Dave Weigel notes that Tom Hanks was there, just to increase the "beloved by all Americans" quotient. (Though it's not a true hip-hop barbecue unless Hanks brings his son Chet Haze.)