On "Countdown," Jeremy Scahill discusses how the DOD hid behind waterboarding while using other water tortures 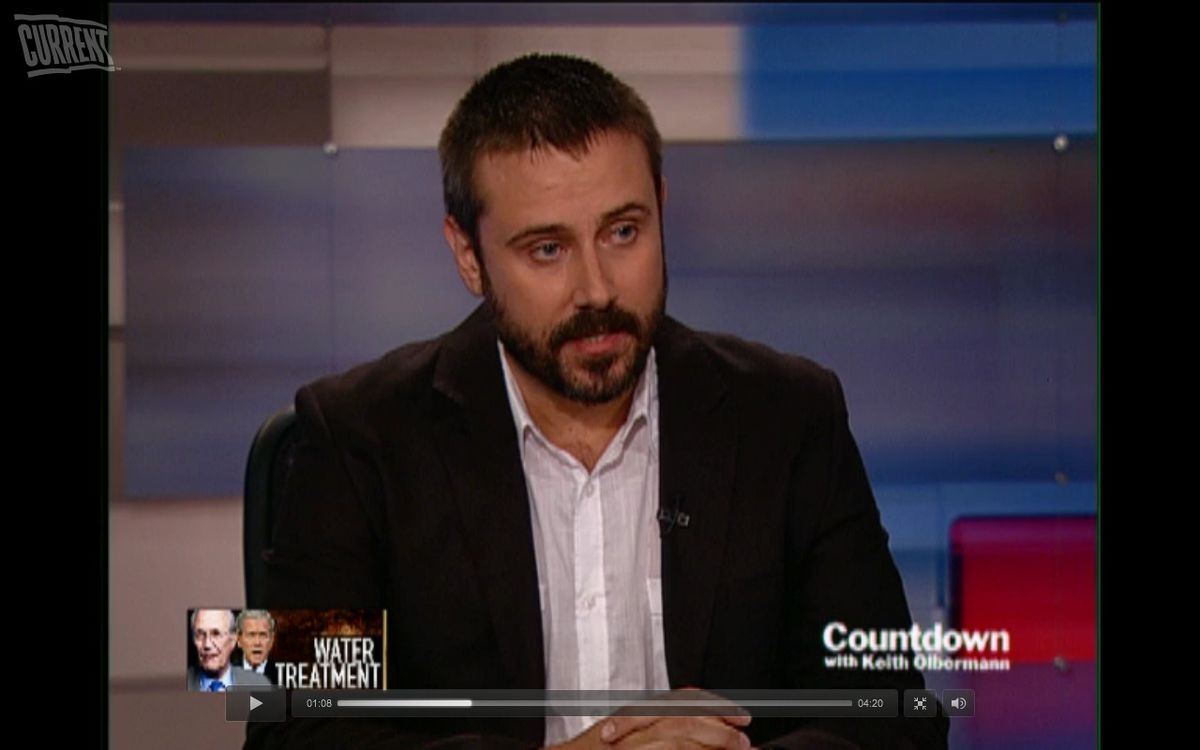 The official government narrative, as defended by Donald Rumsfeld, is that no prisoners were waterboarded at Guantanamo Bay; the CIA did use waterboarding as an interrogation technique, but only at so-called "black sites"; and only three prisoners were subjected to this treatment.

However, new evidence is emerging to the contrary, largely in anecdotal form. As Truthout reported this week, a number of stories have come out about forced water choking and other uses of water for torture at sites including Gitmo.

Investigative reporter Jeremy Scahill discussed the issue with Keith Olbermann Thursday. He recalled an incident he had investigated (which would not be classified as waterboarding) of a former Guantanamo detainee having a high pressure water hose fixed up a nostril. Water would be forced up his head until suffocation.

Rumsfeld currently faces a lawsuit over the alleged use of torture, bought by a former military translator held in Iraq for nine months, but Scahill emphasized that the U.S. administration always tends to get its people off the hook.

Watch the clip for "Countdown" below: