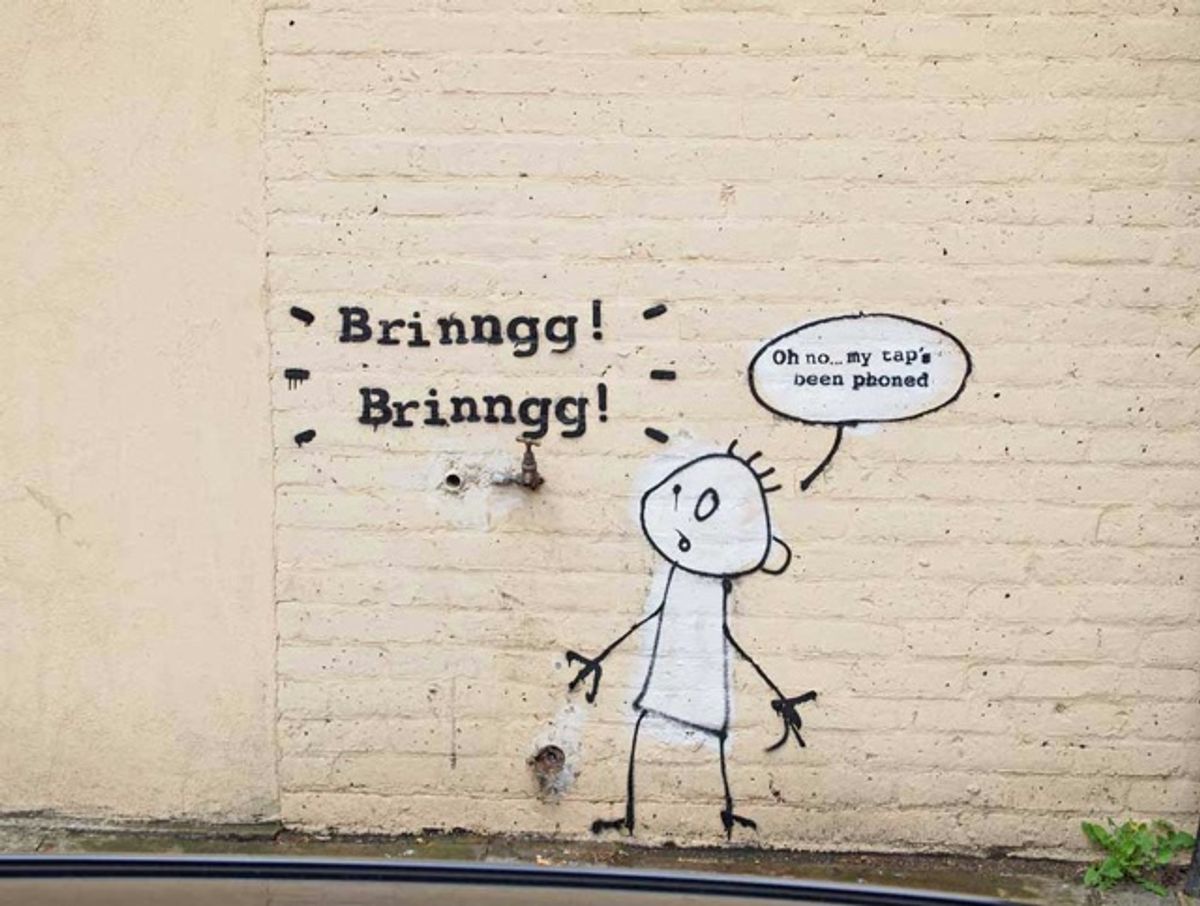 Banksy's mural on the state of British affairs.
--

1. Ambiguous sexuality of the day: Has Queen Latifah finally come out of the closet? She tells Sister2Sister magazine:

I just like ladies who have class. Period. And if it’s "T and A" you’re sellin’, that’s fine, as long as that’s what you’re selling. But you don’t have to show everything, you know? You can hold some back and just be yourself and let your personality shine and let your individuality show. To me, that’s sexier. A confident woman is a sexy woman, in my opinion. And I think guys find that to be the same way.

Leaving the question of sexuality aside, Latifah's advice is still solid, no matter which way you swing.

2. Broken promise of the day: The Black Eyed Peas are back from the shortest hiatus in history, playing a benefit show at the North Dakota State Fair after a flood devastated the region where Fergie's husband, Josh Duhamel, grew up. Well, at least it's for a good cause. Oh wait, they're also still on tour? And have a post-tour concert in September? So was that just a theoretical hiatus or what?

3. RPG of the day: Role-playing "Game of Thrones." Hey, it beats "Legend of Zelda," although I always did wonder if Link was Targaryen.

4. Ratnerpocalypse of the day: And lo, the locusts will take our crops, and a pestilence will wither our livestock. And on that day, Brett Ratner ("Rush Hour") will produce the Academy Awards. Mark your Mayan calendars for 2012, folks.

5. Current event graffiti of the day: Banksy has something to paint about the News of the World phone-hacking scandal: