Famous alums say goodbye to "All My Children"

As the soap leaves the air, Sarah Michelle Gellar and other stars return to pay tribute 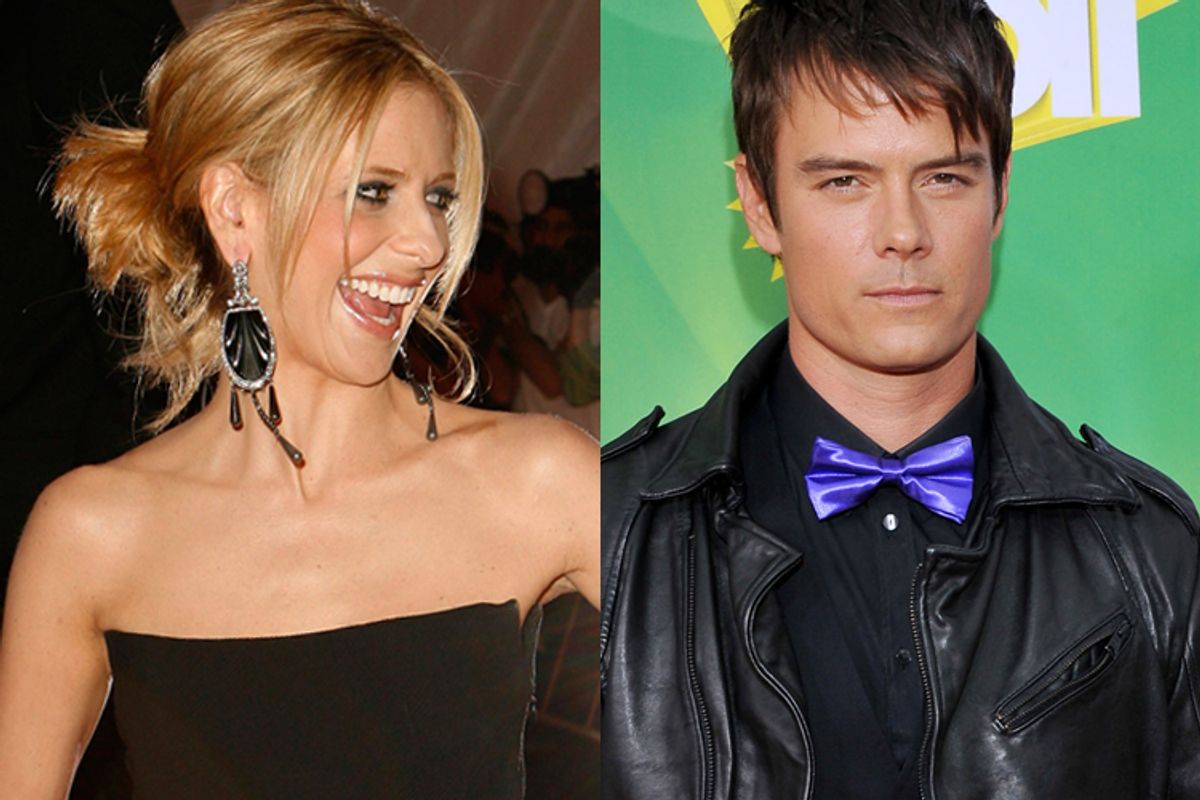 It's a given that soap fans are among the most loyal in the world. But isn't it sweet to see how loyal soapdom's former stars are as well? In the buildup to "All My Children's" television swan song next month, two of its most famous alumni are popping back into Pine Valley.

On Thursday, nearly a decade after Leo du Pres' epic death via waterfall, Josh Duhamel stepped into the character again and fluttered open his eyes. Greenlee, the now-married love of his life, delivers the classic line, "Oh my God, it can't be." Greenlee and the fans, at long last, had closure. Awwww, Leo and Greenlee 4EVAH! Duhamel said to Entertainment Weekly, "I guess in a way it was just my way of saying thank you to go back and do an episode." And he's not the only star with one last thank you to give before the show moves over to a yet-to-be-revealed online format.

Before slipping off to her soapishly premised new series "Ringer," Sarah Michelle Gellar will doing a one-day guest spot on the show that earned her a daytime Emmy when she was just 18. This time around, however, she won't be playing Erica Kane's daughter Kendall -- a role Alicia Minshew now plays. Instead, she'll be a new woman, and says that she still has "no idea what I'll be doing."

The laundry list of stars who started on soaps is legendary -- Julianne Moore, Kevin Bacon, John Stamos and Meg Ryan earned their stripes in daytime long before crossing over to prime time and movies. It's no coincidence. Soaps are rigorous work for any actor, demanding a near-Herculean level of memorization, emoting and often stunt work, on a five-day-a-week basis. As Gellar says of her stint, "I made amazing friends. It was a great training ground and I said, you know, can I do something?" And now those training grounds are disappearing, which is unfortunate for both performers and viewers who don't give a crap about cooking shows. It's a loss even for people who don't watch soaps, because the Kendall Harts become future Buffy the Vampire Slayers. And as Josh Duhamel told EW this week, "The diminishing landscape of daytime TV means it's going to be harder for young talent to get discovered."