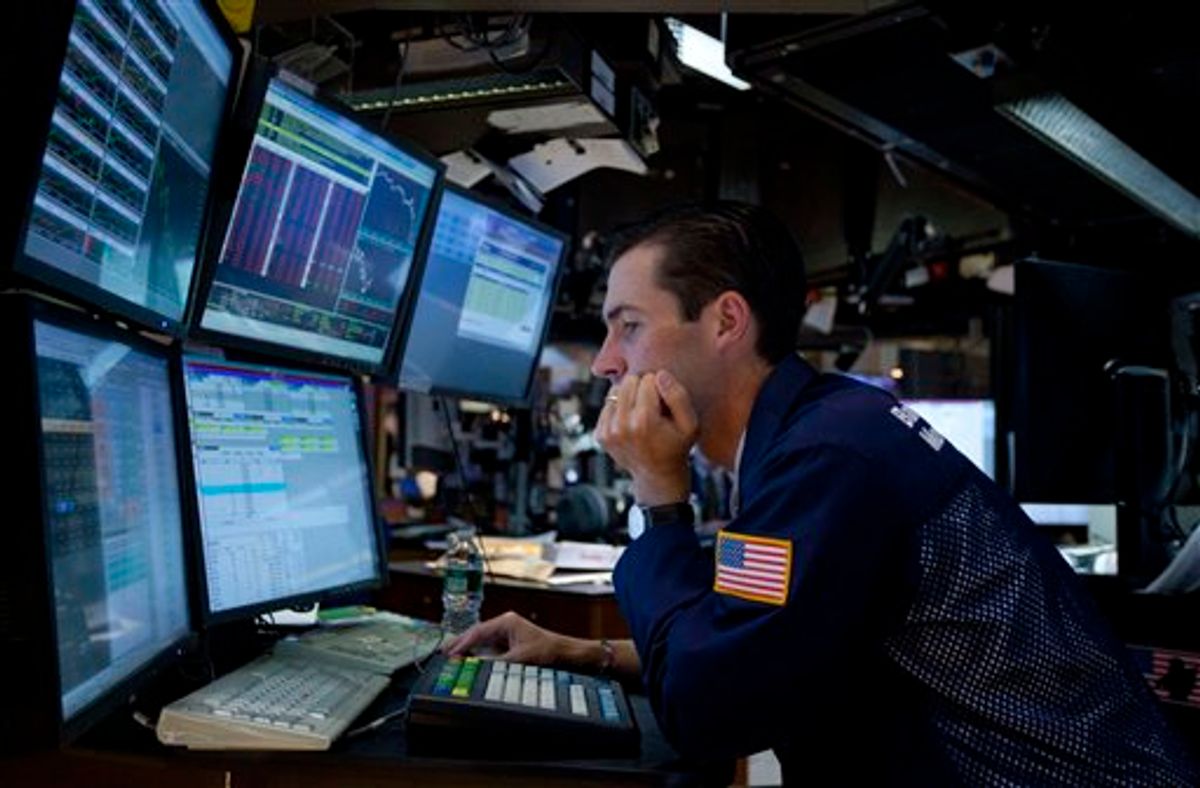 In this Aug. 4, 2011 photo, a trader works on the floor of the New York Stock Exchange. Global stock markets tumbled Friday, Aug. 5, amid fears the U.S. may be heading back into recession and Europe's debt crisis is worsening. The sell-off follows the biggest one-day points decline on Wall Street since the 2008 financial crisis. (AP Photo/Jin Lee) (AP)
--

Hiring picked up slightly in July and the unemployment rate dipped to 9.1 percent, an optimistic sign after the worst day on Wall Street in nearly three years.

The mild improvement may ease investors' concerns after the Dow Jones industrial average plummeted more than 500 points over concerns that the U.S. may be entering another recession.

Still, the economy needs twice as many net jobs per month to rapidly reduce unemployment. The rate has topped 9 percent in every month except two since the recession officially ended in June 2009.

Stock future rose after the report was released.

Businesses added 154,000 jobs across many industries. Governments cut 37,000 jobs last month. Still, 23,000 of those losses were almost entirely because of the shutdown of Minnesota's state government.

The unemployment rate fell partly because some unemployed workers stopped looking for work. That means they are no longer counted as unemployed.

The report follows a string of gloomy data that shows the economy has weakened.

The economy expanded at a meager 0.8 percent annual rate in the first six months of this year, the slowest pace since the recession officially ended. Manufacturers are barely growing. Service companies are growing at the weakest pace in a year and a half. Consumers cut spending in June for the first time in 20 months, and they saved more.

Businesses have responded by cutting hiring after a strong start in which they added an average of 215,000 jobs a month from February through April.

But the government revised the previous two months' totals to show hiring wasn't as weak as first estimated.