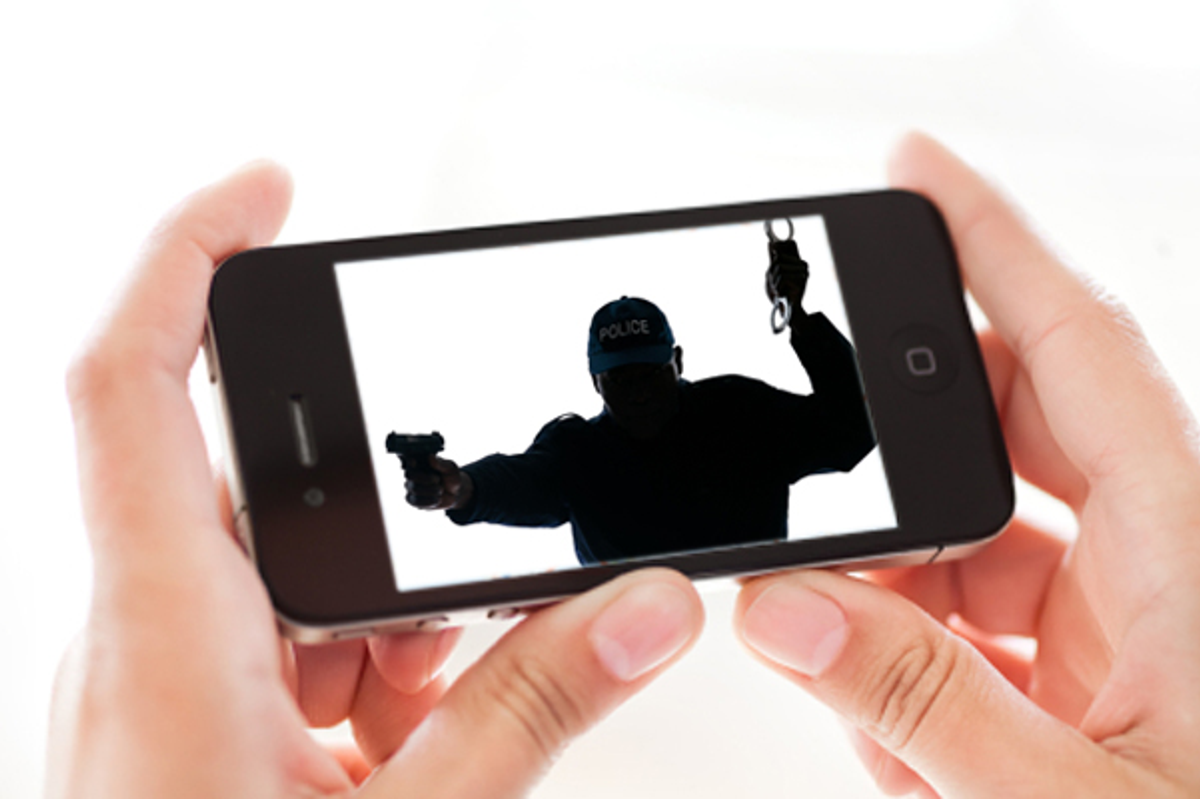 With the Obama administration considering federal civil-rights investigations into police brutality, some local police departments have reacted not by cleaning up their act, but instead by intensifying their ongoing efforts to stop citizens from even documenting police misconduct in the first place.

Earlier this summer, Rochester authorities arrested Emily Good for videotaping police while on her own property -- and then later used parking tickets to try to punish and intimidate those protesting Good's arrest. In Las Vegas, it was even worse -- the Las Vegas Review-Journal on Friday reported that a police not only arrested Mitchell Crooks but then beat him to a pulp -- all for the "crime" of innocently videotaping them from his own driveway. Importantly, Crooks may have been specifically marked for police revenge after he had made headlines in 2002 by documenting Inglewood, California police beating a 16-year-old boy.

The hypocrisy of police trying to stop citizens from videotaping their public actions should be obvious in this, the Patriot Act Age. From warrantless wiretapping to data mining to the proliferation of red-light cameras, the Surveillance State is clearly on the march. And yet, when citizens occasionally exercise their constitutional rights and turn the camera on the Surveillance State itself, they increasingly face the threat of police retribution.

No locale singularly exemplifies this contradiction better than Massachusetts. There, a man named Simon Glik was arrested for taping police officers who seemed to be beating someone on the street. The Boston Globe reports that "the effort [by] police to intimidate [Glik] was clear: The cops warned Simon that, if convicted, he'd never be able to practice law... he was forced to put his job search on hold and to spend money to hire a lawyer to defend him[self]... and the police erased all but one snippet of [his] recording." Worse, when Glik filed a lawsuit for false arrest, the city -- which has been arresting others for videotaping as well -- used the case as an opportunity to try to get a federal court to set a national legal precedent officially sanctioning such arrests (the court has not yet ruled).

As all of this has been unfolding, the same Massachusetts law enforcement establishment so intent on stopping surveillance of police has started building a system of mass surveillance previously unheard of in the United States. As the Boston Herald reports:

Civil libertarians are raising the alarm over the state's plans to create a Big Brother database that could map drivers' whereabouts with police cruiser-mounted scanners that capture thousands of license plates per hour -- storing that information indefinitely where local cops, states, feds and prosecutors could access it as they choose...

"People who aren't wanted for a crime, all of their information is stored in a database that is shared with another government agency," the ACLU's Kade Crawford said.

The double standards here are stunning.

In arguing that arrests of citizen videographers is legal, Massachusetts officials cite the state's 1968 "two-party" consent statute, which requires all parties to consent to being recorded. As the Boston Globe notes, that law wasn't intended to protect police against oversight -- it was "intended to protect the privacy rights of individuals' after "a series of high-profile cases involving private detectives who were recording people without their consent." And indeed, the New England Center for Investigative Reporting notes that in Pennsylvania, one of the other 12 "two-party" states, police that had been arresting videographers were recently compelled "to adopt a written policy confirming the legality of videotaping police while on duty."

Nonetheless, Massachusetts officials are aggressively trying to twist the 4-decades-old "two-party" law protecting citizens' civil liberties into one limiting those civil liberties. Yet, at the very same time, their Big Brother database project completely ignores the "two party" principle -- it is based on the idea that police have an inherent right to record your driving without your consent.

The ideology that ties together up these seemingly conflicting positions is one of privilege. Essentially, Massachusetts law enforcement officials are suggesting that a police officer must agree to be surveilled in a public space, but a mere rank-and-file citizen does not have to agree to be similarly surveilled. In other words, Massachusetts seems to believe a police officer is entitled to special protections that citizens should not have.

Of course, just a few centuries ago, Massachusetts was the very place where foment against this very form of tyrannical thinking first took hold. Out of that uprising came the American Revolution and then a Constitution specifically guaranteeing "equal protection" under the law -- a constitution based on protecting citizens from government power, not the other way around. That this principle is under assault in the original cradle of democracy shows just how far the Surveillance State is now willing to go to protect itself.