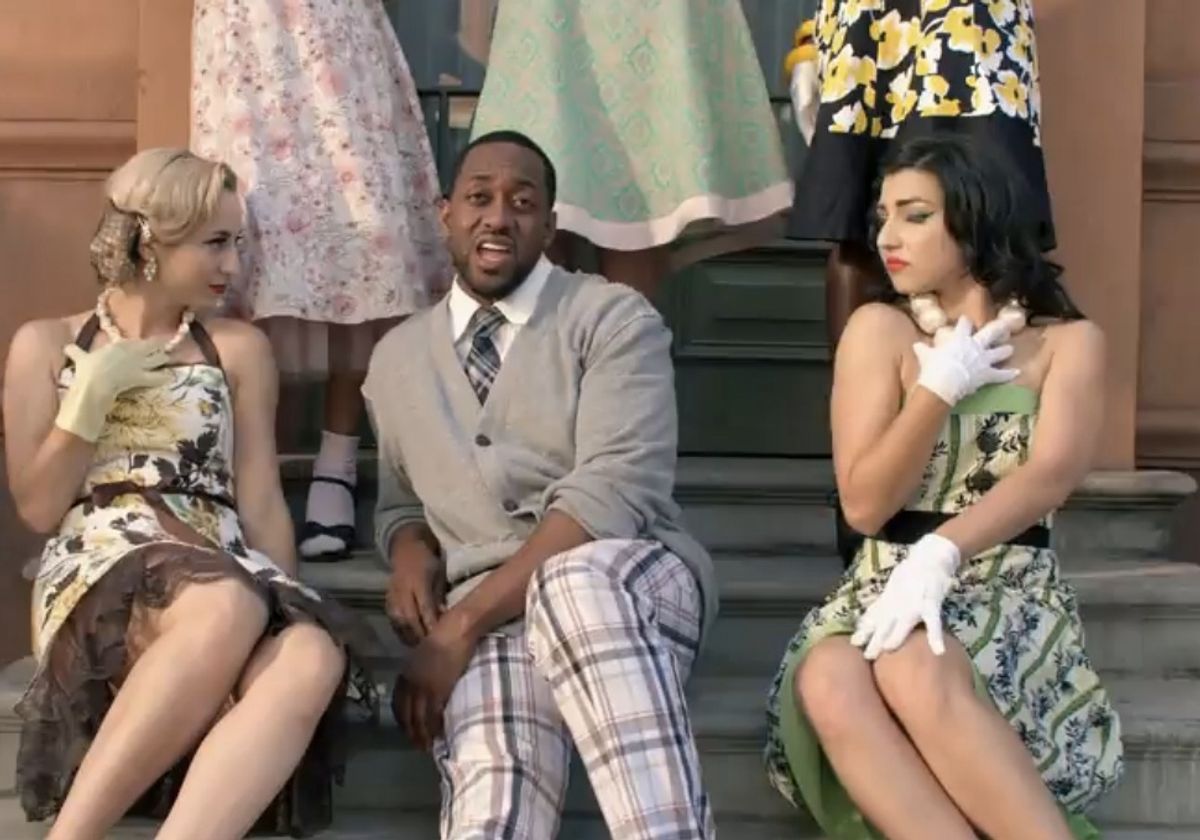 The return of Urkel (well, the actor who played him, anyway) in Cee Lo Green's "Cry Baby."
--

1. Best/worst casting of the day: The kids of "Jersey Shore" will be making a cameo in the new "Three Stooges" film, but not as Mo, Larry or Curly.  What sort of devilry is this?

2. Anti-anti drug poster of the day: Whoever made this Swedish anti-drug ad featuring a haggard Amy Winehouse should go to Bad Taste Jail.

3. Bros before other bros of the day: Tim Gunn recounts how he dumped his last boyfriend because he was a flight attendant and a friend told him that would be "such a cliché."

4. Urkel of the day: Jaleel White sheds his cheese-loving nerd persona to play Cee Lo Green in the official video for "Cry Baby."

5. Back story of the day: In Christopher Nolan's "The Dark Knight Rises," Catwoman will be a stripper/pickpocket with a history of abuse.  Wait ... how are there still pickpockets in Gotham?