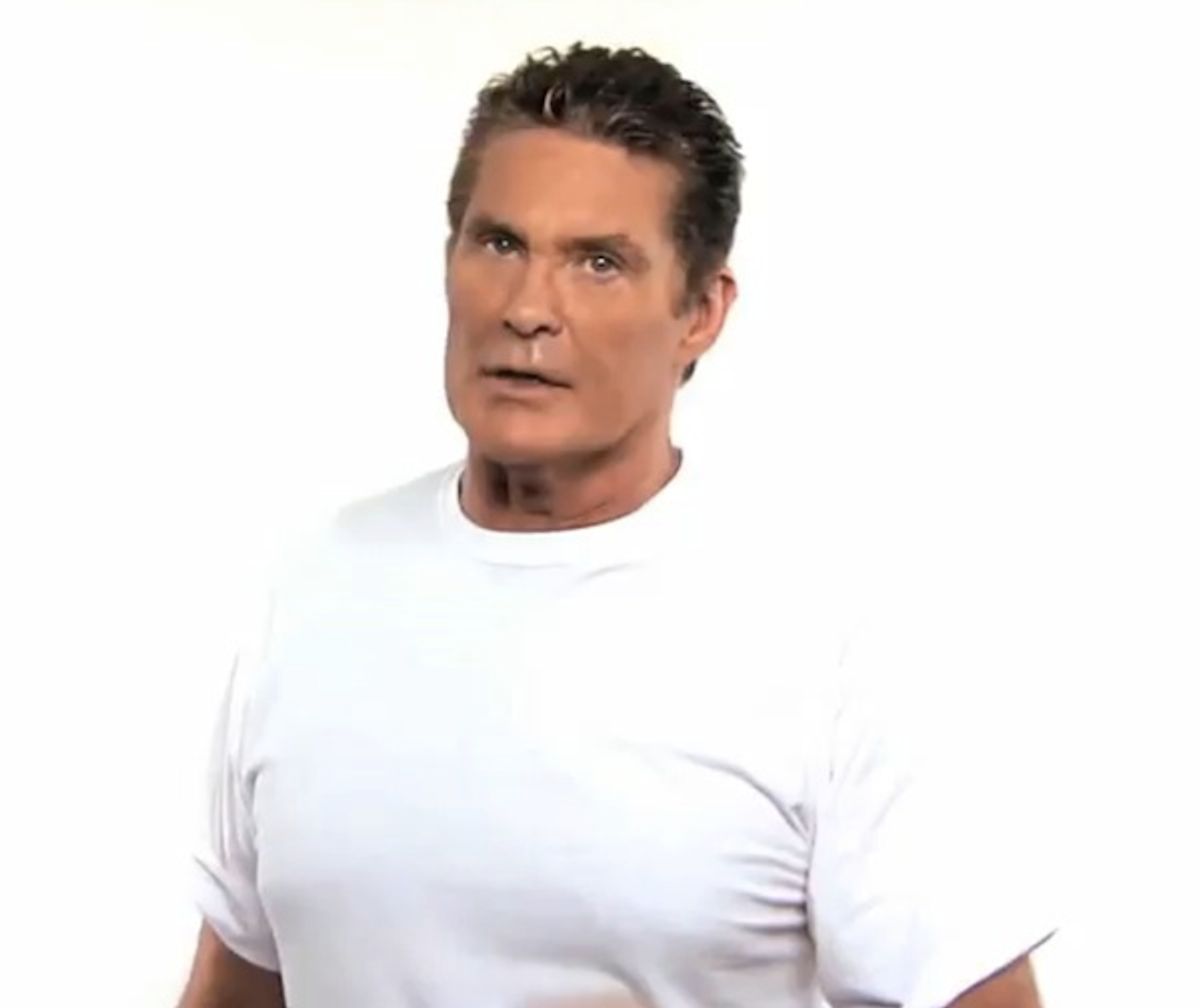 David Hasselhoff for the NOH8 Campaign, protesting the ban on gay marriage
--

Someone made a mashup of this weekend's CGI blockbuster and footage of actual gorillas in the wild.

Now I can sleep peacefully, knowing a giant monkey will never try to commandeer my helicopter. Or at least, not yet.

Is this really the best idea that the greatest scientific minds of our century could come up with when they were dreaming up an android?  "Forget that Isaac Asimov stuff, I want my robot to make me delicious cookies!"

3. The wonders of the Hampton Jitney:

Musician/comedian Nina Katchadourian sings about a life deprived of the magical machine that takes New Yorkers up to their summer homes.

She sounds so much like Joni Mitchell that the alternate title of this song could be "They paved paradise so we'd get up to Montauk."

4. A celebrity plea to the president regarding gay marriage:

"President Obama, will you say 'I Do'?" features Larry King, David Hasselhoff, Mini-Me (Verne Troyer) and more, as part of the NOH8 campaign.

I thought the protest against California's repeal of gay marriage was a silent project?

Aw, I feel like Katy is Rebecca Black's protective older sister; taking the "Friday" singer under her wing and protecting her against the haters.  Here are the two of them singing Black's much-loathed single during Perry's concert in L.A. last week.