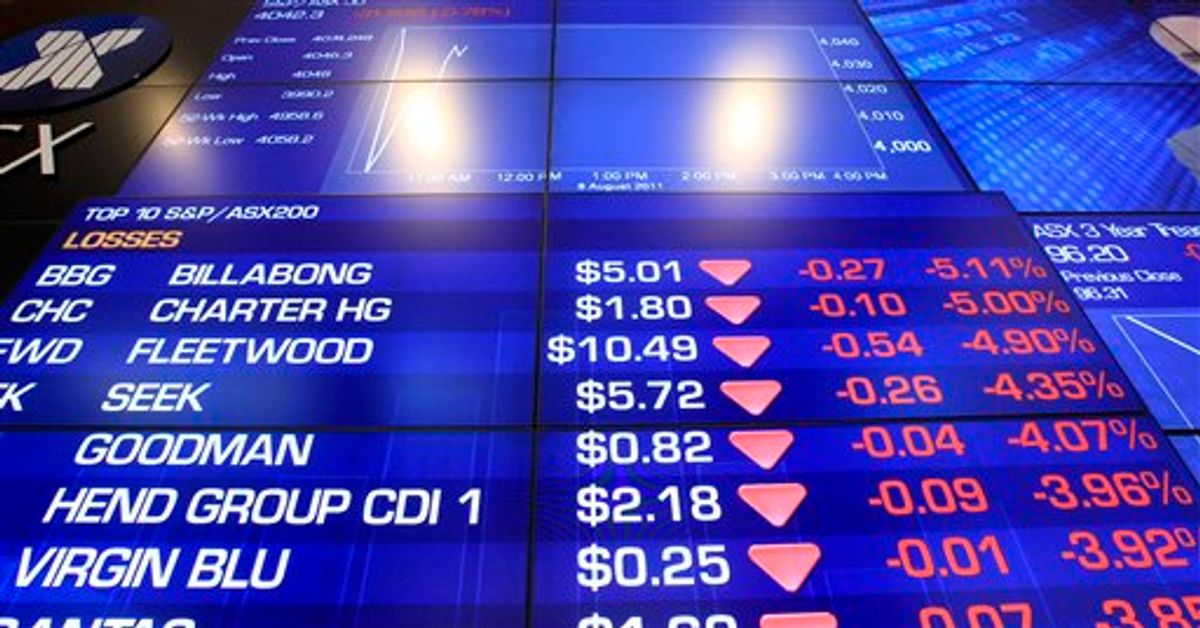 European markets shed their early momentum and losses were heavy in Asia. Most stocks were trading sharply lower amid mounting fears over the opening of U.S. markets, when traders will have their first chance to respond to Standard & Poor's momentous decision to lower its triple A rating for the U.S.

"The reverberations from S&P's downgrade are still being felt across the globe," said David Jones, chief market strategist at IG Index.

For a brief while Monday, it seemed that the risky decision by the European Central Bank to buy the bonds of Italy and Spain in order to help them pay their way had helped ease the selling pressure, at least in Europe, but that soon changed.

Monday's trading came after one of the worst market weeks since the collapse of U.S. investment bank Lehman Brothers in 2008 -- around $2.5 trillion was wiped off global stocks last week.

So far, the S&P downgrade doesn't seem to be having too much of an impact on U.S. government bonds, known as Treasuries. The worry has been that the downgrade would prompt investors to demand more, but the yield on ten-year Treasuries has actually fallen.

"Early market reactions suggest that the treasury market will remain well supported," said Jane Foley, an analyst at Rabobank International. "Even though there may be no sharp sell-off in treasuries this week, S&P's decision should at least provide a signal to the U.S. government that it may be foolhardy to continue to take its creditors for granted indefinitely."

In Europe, a particular focus has also been on the bond markets and the ECB's statement late Sunday that it would "actively implement" its bond-buying program to calm investor concerns that Italy and Spain won't be able to pay their debts. Last week, worries over the two countries' ability to keep tapping bond markets contributed to the turmoil in global markets.

Traders say the European Central Bank has spent around euro2 billion already Monday and that's really had a marked impact on the cost of borrowing for both countries. The yield on Italy's ten-year bonds fell 0.62 percentage point to 5.38 percent while Spain's tumbled 0.83 percentage point to 5.21 percent.

Seeking to avert panic spreading across financial markets, the finance ministers and central bankers of the Group of 20 industrial and developing nations issued a joint statement Monday saying they were committed to taking all necessary measures to support financial stability and growth.

"We will remain in close contact throughout the coming weeks and cooperate as appropriate, ready to take action to ensure financial stability and liquidity in financial markets," they said.

However, many analysts think that the international efforts may not be enough to calm jittery markets.

"Investors are concerned about a rising risk of global recession, credit downgrades especially now in the eurozone, such as France, the threat of a major bank bust and a global liquidity trap as investors stay in cash," said Neil MacKinnon, global macro strategist at VTB Capital.

Earlier in Asia, the repercussions of S&P's downgrade weighed on stock markets.

Fears over the global economy are having a major impact on oil markets, with the main New York rate down another $2.99 to $83.91 a barrel.