The Obama campaign wants America to think the likely GOP nominee is an odd duck, but he seems kinda ... normal 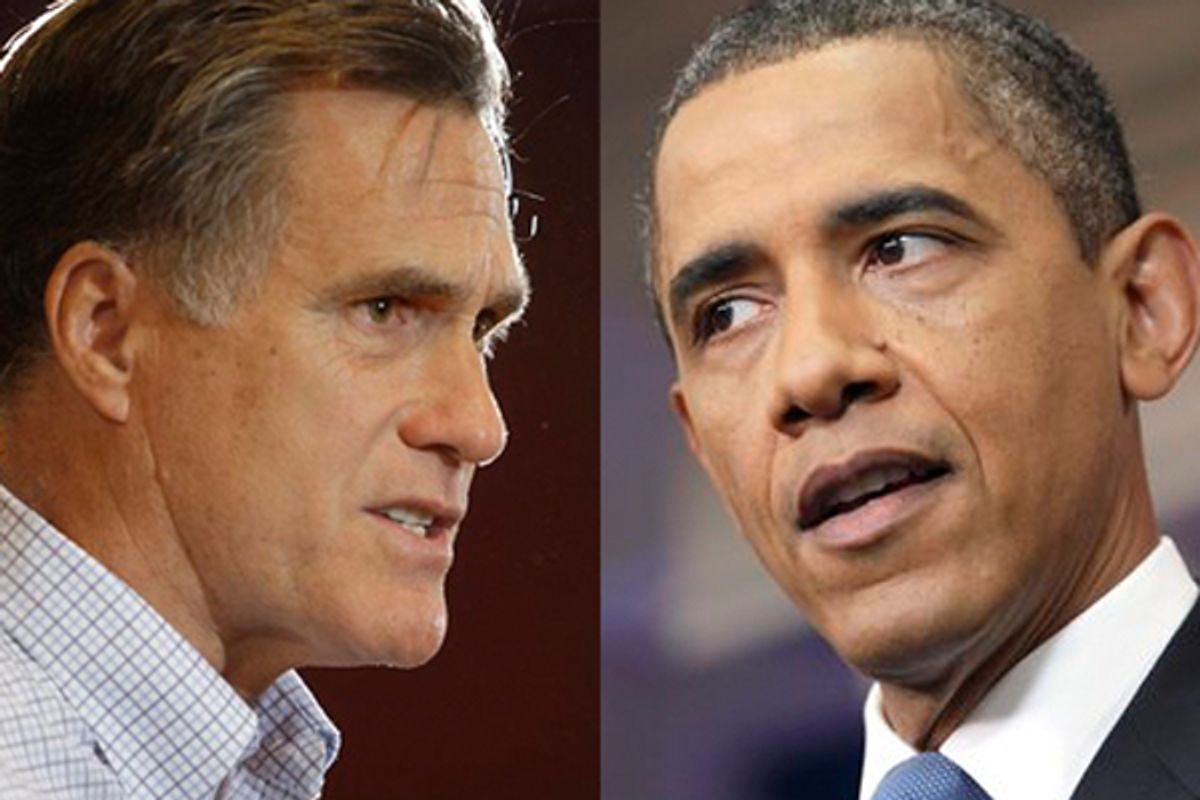 Apparently the Barack Obama reelection plan is to personally attack Mitt Romney, for being "weird." Obama's team is doing this because the economy sucks, and coherently explaining that we're mired in a period of low growth for the foreseeable future for reasons that in large part are beyond the powers of the White House to unilaterally fix (regardless of whether or not they could have or still could do more to address joblessness) is very difficult. So: Mitt Romney, what a weirdo, right?

But the Obama campaign can be so dumb and tone-deaf and silly that they apparently explicitly said to Politico "our strategy is to call Mitt Romney weird" instead of just ... calling Mitt Romney weird.

A much better political strategy would be to just give everyone free money (economists agree!) but if we can't or won't do that I guess I am OK with calling Mitt Romney weird.

It does raise an important question: Is Mitt Romney weird? The case for his weirdness:

Democrats also plan to amplify what Obama strategists described as the "weirdness" quotient, the sum of awkward public encounters and famous off-kilter anecdotes, first among them the tale of Romney’s once having strapped his dog to the roof of his car.

None of the Obama advisers interviewed made any suggestion that Romney's personal qualities would be connected to his minority Mormon faith, but the step from casting Romney as a bit off to raising questions about religion may not be a large step for some of the incumbent's supporters.
[...]
"Presidential campaigns are like MRIs of the soul," said Axelrod. "When he makes jokes about being unemployed, or a waitress pinching him on the butt, it does snap your head back and you say, ‘what’s he talking about?’"

"It’s not just a matter of dodging the debate, not just a matter of flip flopping and putting his finger to the wind – it is that he’s not comfortable in his own skin and that gives people a sense of unease," added a Democratic consultant expected to be involved in the re-elect.

OK, well, "flip flopping" isn't that weird. Changing your policies to match the preferences of a group of people whose support you're seeking is like the definition of "not weird," in politics. Dog on the roof: Weird. Weirder still is that Romney thought that was a fun, cute story, instead of horrifying. His family is so unweird and perfect as to be weird, in an uncanny valley sense.

But, you know, taking Mormonism off the table is actually taking the weirdest thing about Mitt Romney off the table. Because otherwise Mitt Romney is a standard-issue moderate-to-right-wing Northeast Republican straight from central casting. Rich guy, scion, private sector experience, nice hair.

Mormonism, though! That's weird, to a lot of people. And I'm trying not to be unfair to Mormons. If Catholicism was 100 years old, people would be like, "What the hell is this about?" But like, ancient Israelites took a boat to America in 2500 BC, and they settled in western New York, and then Jesus visited them after he died? Just seems kinda unlikely! (And I mean, Jonah and the whale is pretty unlikely too, but that story's been around since the fourth century BC so everyone's used to it.)

So my verdict is that Mitt Romney is not that weird, except for his religion, but I also think most religion is pretty weird. Prove me wrong, Obama campaign! Prove Mitt Romney's "weirdness."