"Too Soon?": Internet makes light of the London riots

Looter memes find Britain's devastating ordeal a laugh riot, but is the humor hitting too close to home? 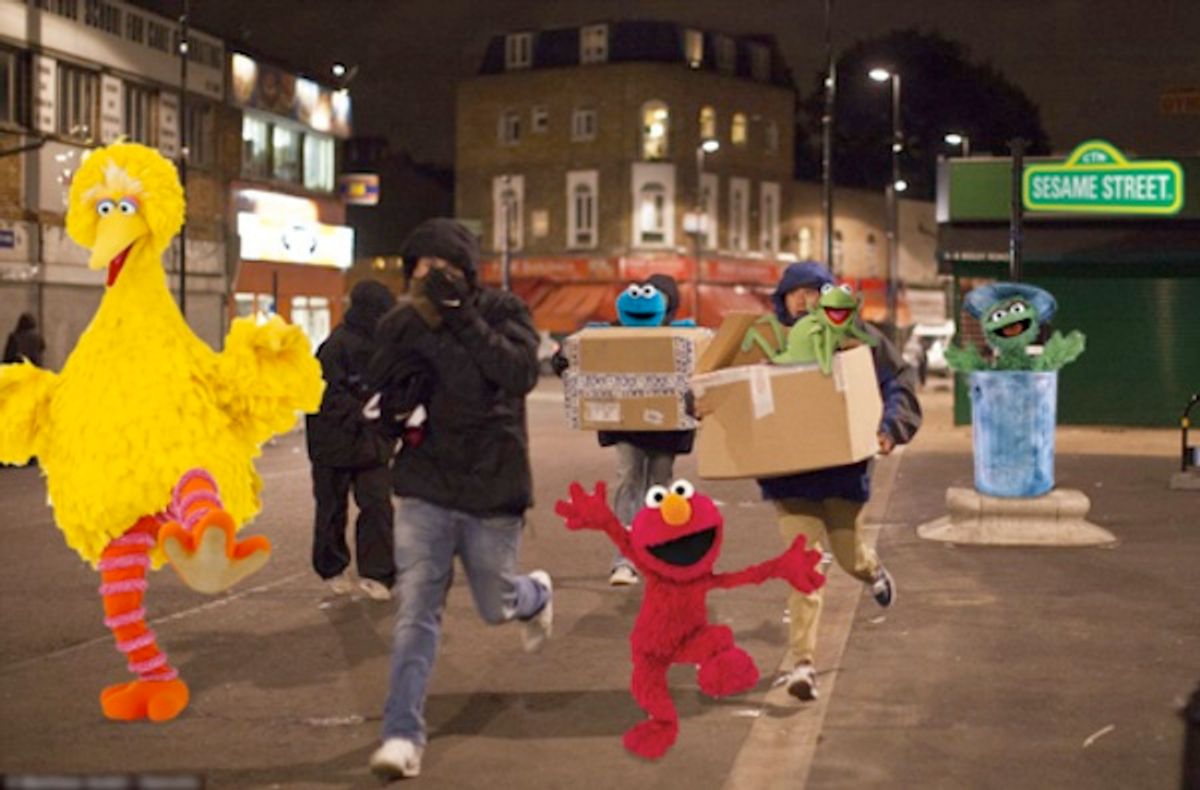 Is this image funny, offensive, or both?
--

When the president announced that Osama bin Laden had been captured and killed by American Navy SEALs, jokes started pouring in over the Internet within minutes. Twitter and Tumblr allowed for both anonymity and the ability for content to be shared instantaneously, creating the perfect storm for politically incorrect humor to go viral. And while some of the jokes and memes circulating during the days following the al-Qaida leader's demise may have been funny, some people wondered whether "it was too soon to laugh."

Three months later, and the "too soon?" refrain is being sung again, though this time in regard to the riots and looting that have devastated London. A Tumblr called PhotoshopLooter -- which digitally alters photos from the riots to include Justin Bieber, My Little Ponies, giant cookies, and unicorns (among others) -- has only been up for two days, but already has four pages of submissions and thousands of reblogs. Obviously, there is a market in this kind of dark humor on the Internet. And maybe that's not a bad thing.

It's hard to imagine what kind of atrocity, short of the damn apocalypse, could keep 4Chan members from making politically incorrect macro images about the event moments after it hits the newswires. Gawker's Adrien Chen may have been being facetious in his commentary on the looter memes when he said, "It's that famous British stiff-upper-lip -- they're able to make the best out of any situation. Like during World War II, when they made all those funny Hitler YouTube videos," but there is a kernel of truth to his words.

One of the classic ways to deal with fear is to laugh at it, and I have no doubt that had the Internet been around during the Blitzkrieg, images of Kitler would be even more popular than they are now.