Philip Levine will follow in the footsteps of Lowell, Bishop, Frost and Wilbur 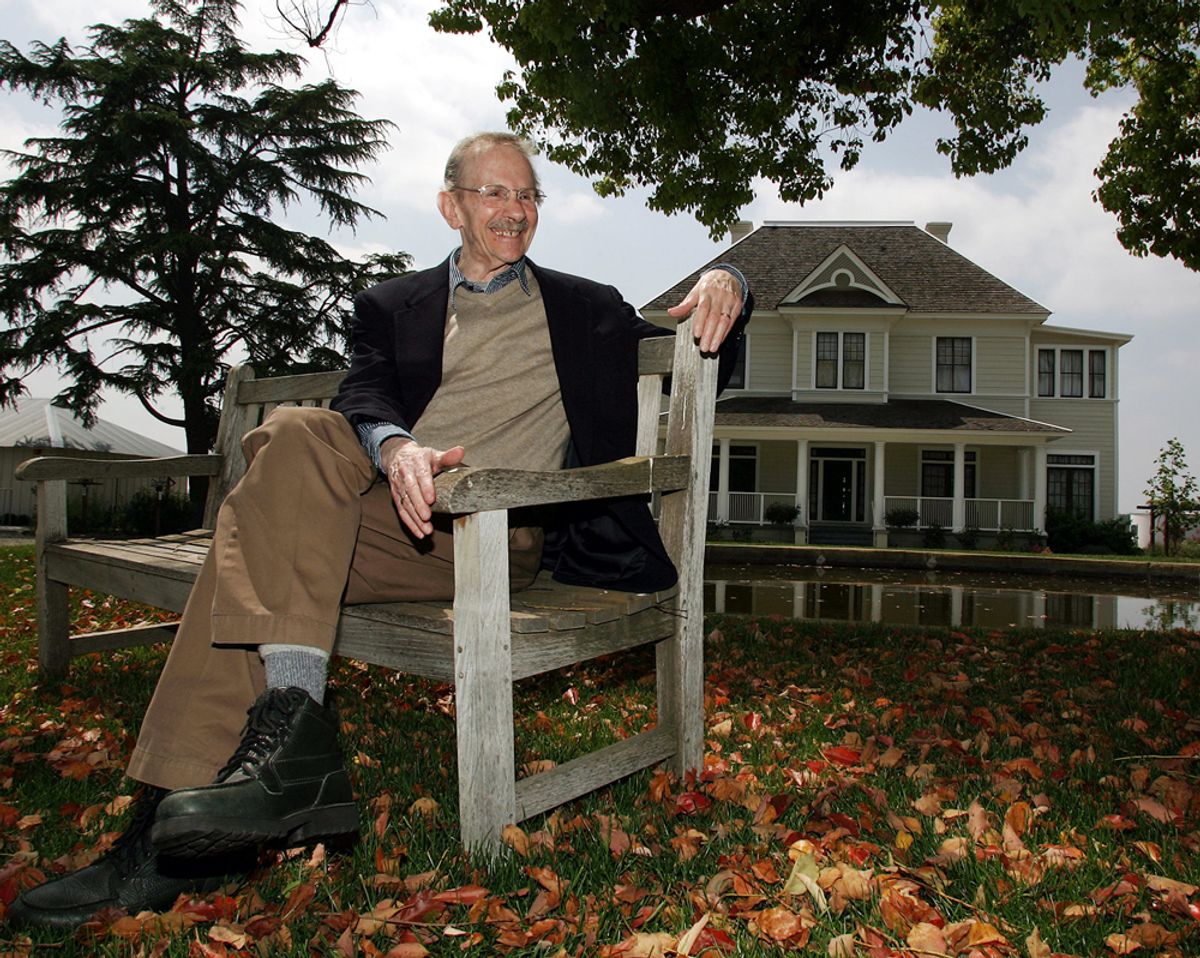 Pulitzer Prize winning poet Philip Levine is shown at the San Joaquin River Center on April 27, 2006, in Fresno, Calif., where he's recited many of his poems.
--

The Library of Congress announced today that octogenarian poet Philip Levine will be the next "official lightning rod for the poetic impulse of Americans" -- or in less elevated parlance, the new poet laureate.

Born in 1928, Levine spent his early years in Detroit, and has since lived and taught in Iowa, California and New York, among other places. Given the poet's highly distinguished career ---a Pulitzer Prize, two National Book Awards and dual Guggenheim fellowships stand out from a lengthy list of prizes -- the post of poet laureate is arguably icing on the cake.

Much of Levine's most famous work describes Detroit, the city where he was born, raised and -- as a young working man -- educated in the rhythms of factory life. "I'm a Detroit-sized poet," he once said, explaining why the city was a perpetual source of inspiration to him. Levine studied at Michigan's Wayne State University and the Iowa Writers' Workshop -- where he came in contact with Robert Lowell ("as a teacher, he was a disaster") and John Berryman ("an inspiration") -- and spent much of his own teaching career at California State University, Fresno.

Reviewing two volumes of Levine's poetry for the New York Times in 1979, Herbert Leibowitz called Levine "the elegist of lost souls beaten down by forces they could not understand or control," and went on: "By providing brief verse chronicles of their struggles to survive -- their dead-end jobs, sexual fevers, run-ins with the police, fugitive pleasures -- and by conferring names on their anonymous selves, Mr. Levine could partially reinstate these victims in our consciousness, even if he could not rescue them from the malevolence of history."

Those words were written decades ago -- and Levine has published a great deal since then -- but they describe a poet whose work may be more relevant than ever today (as Dwight Garner argues in an eloquent literary profile of Levine in today's New York Times).

What are his most famous works?

The poet's latest volume, "News of the World," was published two years ago.

What are his responsibilities as poet laureate?

Along with his new title, Levine will get $35,000 for his services between this coming October and next May (unlike his British counterpart, he won't be invited to indulge in a barrel of sherry) -- as well as "maximum freedom to work on [his] own projects." CBS points out that several recent poets laureate have chosen to use their position for the public good; Levine himself has already discussed his desire to make use of the "bully pulpit" he's been given.

But based on his evident reluctance to write on demand (he'd hardly relish the chance to compose "a poem to Congress," he says), it's probably a good thing that Levine won't be called upon to conjure odes for momentous state occasions.

That might sound like a stupid question, but gifted artists aren't always overjoyed to be recognized with public accolades. (Remember Doris Lessing's ticklingly weary response to the news that she had been awarded a Nobel Prize?) Levine hasn't reacted with anything like Lessing's now-famous disdain, but in an interview with his local paper, the Fresno Bee, he did downplay the importance of major awards:

"The single greatest reward was the writing of the stuff itself, the poetry," [Levine] said. "And the second biggest one had to do with my students, mainly here at Fresno State. I had some amazing students here who went on to wonderful careers as poets."... Levine acknowledges that it's nice to be recognized, but he insists that no one should get too excited about awards and honors. In the overall picture, they mean very little.

Levine further told the AP: "I'm a fairly irreverent person and at first I thought, 'This is not you. You're an old union man.' But I knew if I didn't do this, I would kick myself."