A new book from the author of "Mr. Peanut" delves into the dark interactions between men and women 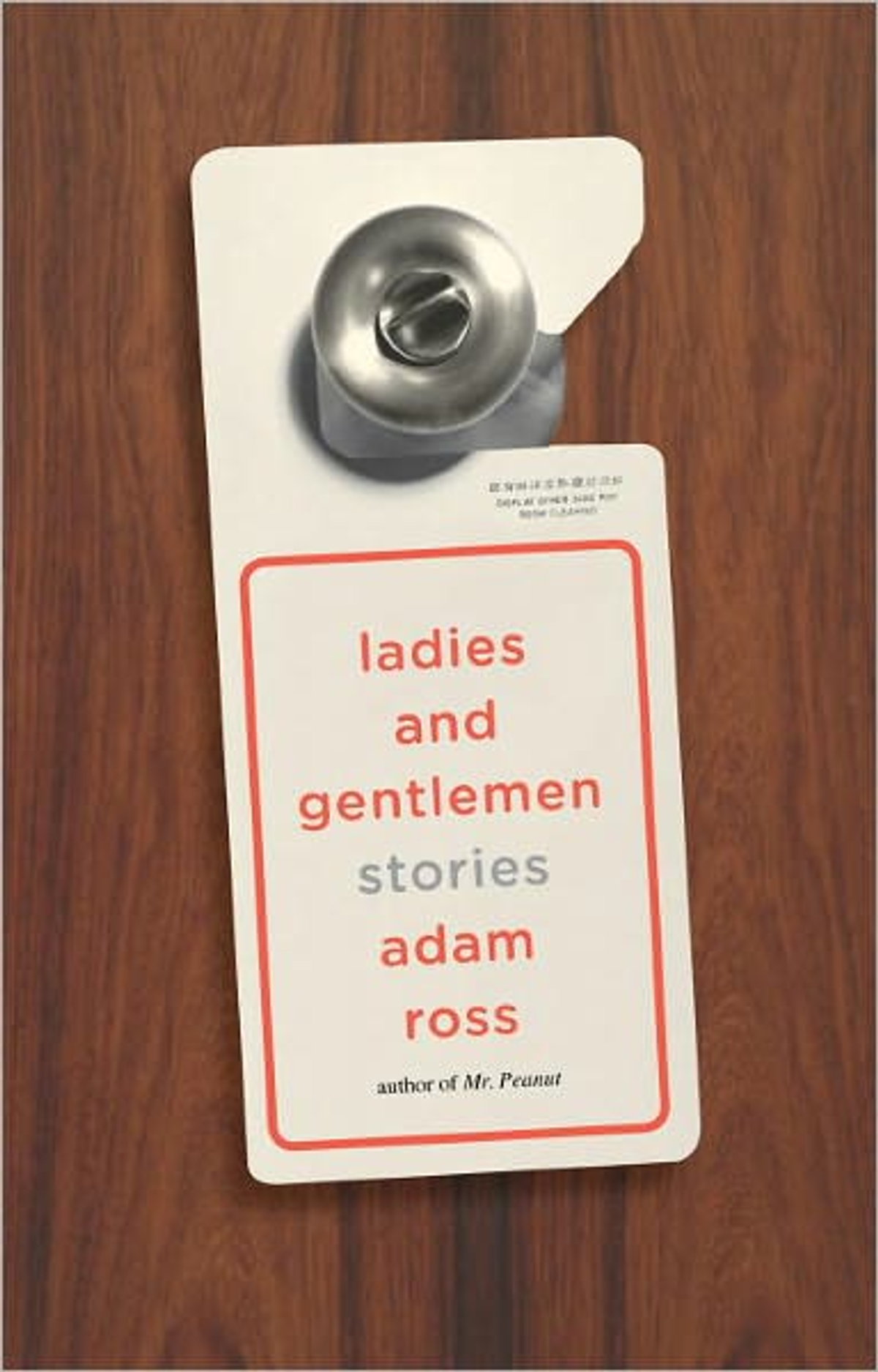 All these kinds, but mostly the last, are on dark display in the interactions between the characters of Adam Ross' collection of stories, "Ladies and Gentlemen," his first book to be published since his debut novel, "Mr. Peanut," landed last June to wildly mixed reviews. In keeping with his theme, he has chosen the perfect epigraph to introduce a work that addresses the issue in all its guises: "Cruelty, like every other vice, requires no motive outside of itself; it only requires opportunity" (George Eliot).

Opportunity there is. The first story, "Futures," features 43-year-old David Applebow, a feckless job seeker who stumbles upon an ad that is enticing for its vagueness. "THE FUTURE IS NOW. Are you perceptive, analytical, a troubleshooter? Have excellent interpersonal skills you were never sure how to parlay into $$$?" The fact that neither the ad, nor the subsequent interviewers, ever get around to stating what the job actually entails only adds to its allure. Sharing with most of the other protagonists in the book a debilitating self-criticism (call it self-cruelty), from which he rallies with only the most excruciating effort, Applebow jumps at the job opportunity, permits himself to feel his fortunes rise, and ends up making an ass of himself. Corporate cruelty, specifically the cavalier type of the entertainment industry, is the culprit this time, though we don't know it until the final annihilating few pages.

None of the other stories are pulled off quite as well. Some deliver a crushing wallop, while a couple curl up and mew to be put out of their misery -- pages before they finally are. The level of observation is not always as keen as you might wish ("Donato ... took off his glasses -- a piece of electrical tape holding one of the hinges together"), nor are the insights as resonant ("Their jet simply dropped out of the sky ... Heraclitus says a man's character is his destiny, but there were a hundred sixty-eight passengers on that plane. An aphorism like that makes no sense after such an inexplicable event: too many characters involved; too many destinies").

But when the stories work, and the majority of these seven do, they offer pitch-black morality tales about vivid characters: a dilettantish professor who samples real life to his peril, a lawyer lashed to a deadbeat brother who brings them both down. Bravura touches abound: "An interval of time passed -- certainly no more than five seconds -- but it was unlike anything Thane had ever experienced in his life. He imagined it was something a hummingbird must feel: an awareness of moving with great rapidity while the surrounding world remains stuck in slow motion."

What keeps these besieged protagonists from being everyday, sad-sack victims is that they are never resigned to their fate but fight to the end for something better. After Applebow the job supplicant (more supplicant than applicant) suffers his awesome humiliation, he goes back to his lonely apartment and commits an out-of-character act that can only be called noble. The stories as a whole offer a grueling tug-of-war between cynicism and redemption -- frequently comical, but with rope burns for all concerned.

Can there be something redemptive about this world of hurt for the reader as well as the characters? At its best, the book achieves a level of tragic hilarity that will mist your eyes with bitterness, as sometimes happens to the protagonists themselves, the butt of these random cruelties. From the first story again, after the final lacerating cut has been delivered: "Applebow laughed along with them, despising himself for it ... with tears in his eyes, his face flushed with rage and shame, and it was cripplingly typical, he thought, that when he had the perfect moment to lash out, he did nothing but go along with the joke, as if none of this mattered at all."

Daniel Asa Rose is the author, most recently, of "Larry's Kidney: Being the True Story of How I Found Myself in China With My Black-Sheep Cousin and His Mail-Order Bride, Skirting the Law to Get Him a Transplant ... and Save His Life" – named one of the top books of the year by Publishers Weekly.