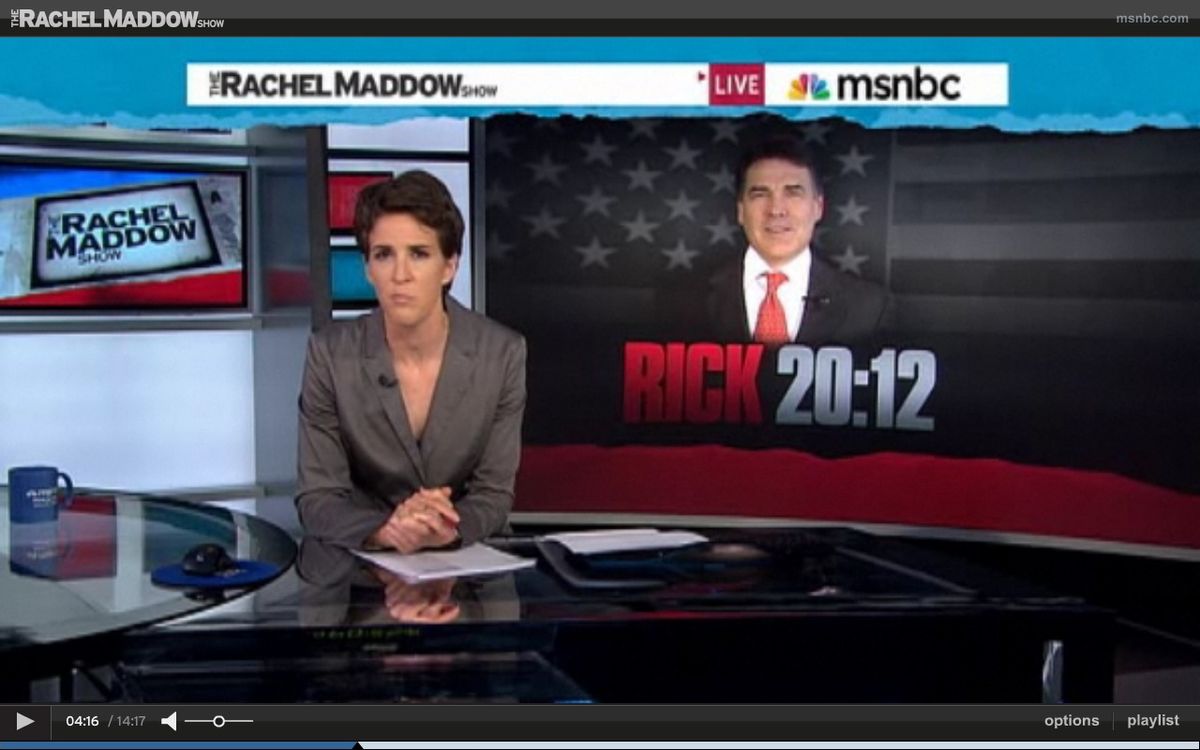 On Wednesday night Rachel Maddow discussed Texas Gov. Rick Perry's prayer event, The Response, which took place last weekend. The event "raised eyebrows," she noted, for involving pastors known for their extreme conservative views. A number of the pastors have something more in common explained Maddow:

"Many of them are part of a little-known, very specific religious and political movement... The New Apostolic Reformation."

According to a cover story in the Texas Observer this month, pastors in the movement believe themselves to be modern day prophets or apostles, directly linked to God. Their aim, explained the article author Forrest Wilder, is "to infiltrate government, and Rick Perry might be their man."

The new prophets and apostles believe Christians—certain Christians—are destined to not just take “dominion” over government, but stealthily climb to the commanding heights of what they term the “Seven Mountains” of society, including the media and the arts and entertainment world. They believe they're intended to lord over it all. As a first step, they’re leading an 'army of God' to commandeer civilian government.

Just days before Perry is expected to announce his presidential run, Maddow expressed concern that the Texas governor was able to hold a very public prayer event, largely organized by members of this group, without the Beltway media exposing who they really are.

Watch the clip from Maddow's Wednesday show below, including a montage of the New Apostolic pastors' more bizarre comments: