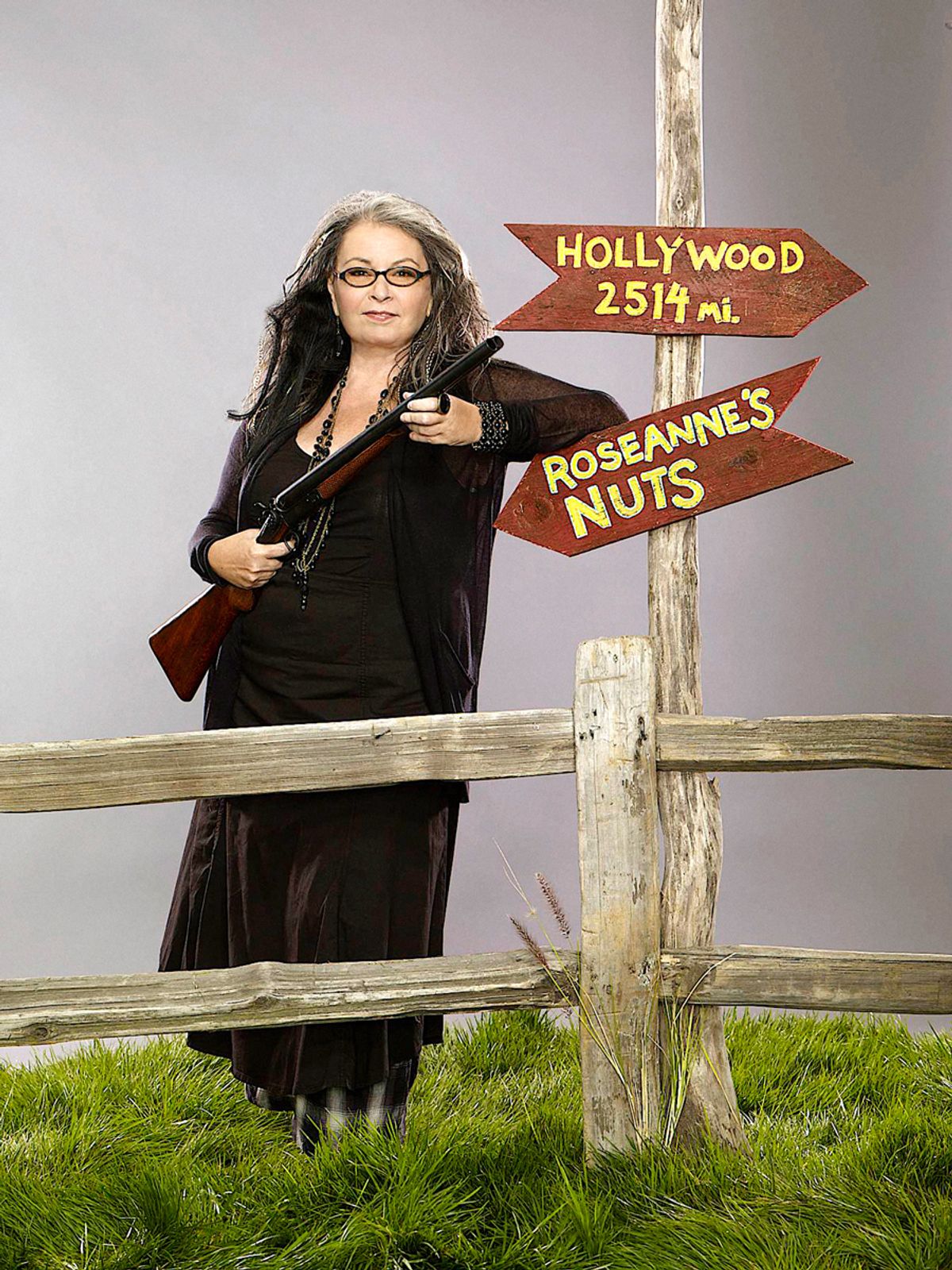 Roseanne Barr is gunning for another show.
--

2. Brain-dead zombie film of the day: "World War Z" is a great book about the oral history of the zombie invasions, but it looks like the film adaptation is just going to be a vehicle for Brad Pitt to act like Jason Bourne (if Bourne fought zombies). Now we know why Ed Harris and Matthew Fox dropped out.

3. Foreign exchange program of the day: Tara Reid and Pam Anderson will be going to London for "Celebrity Big Brother." That actually works out quite well for us, as long as you don't send over that Barbie Mom or Duchess Fergie in return.

4. Déjà vu of the day: Roseanne Bar is pitching a new show! No, not her current Lifetime reality program about nuts, but another scripted program called "Downwardly Mobile," starring Barr and "a close-knit blue-collar family living in tough economic times. "

5. Photo to speed up your biological clock of the day: Ryan Gosling feeds a child with a baby bottle while staring directly into your soul. Whose baby is it? Who cares? DING! Give me a baby.