Romney: "Corporations are people, my friend"

The GOP candidate makes a flub that could haunt him 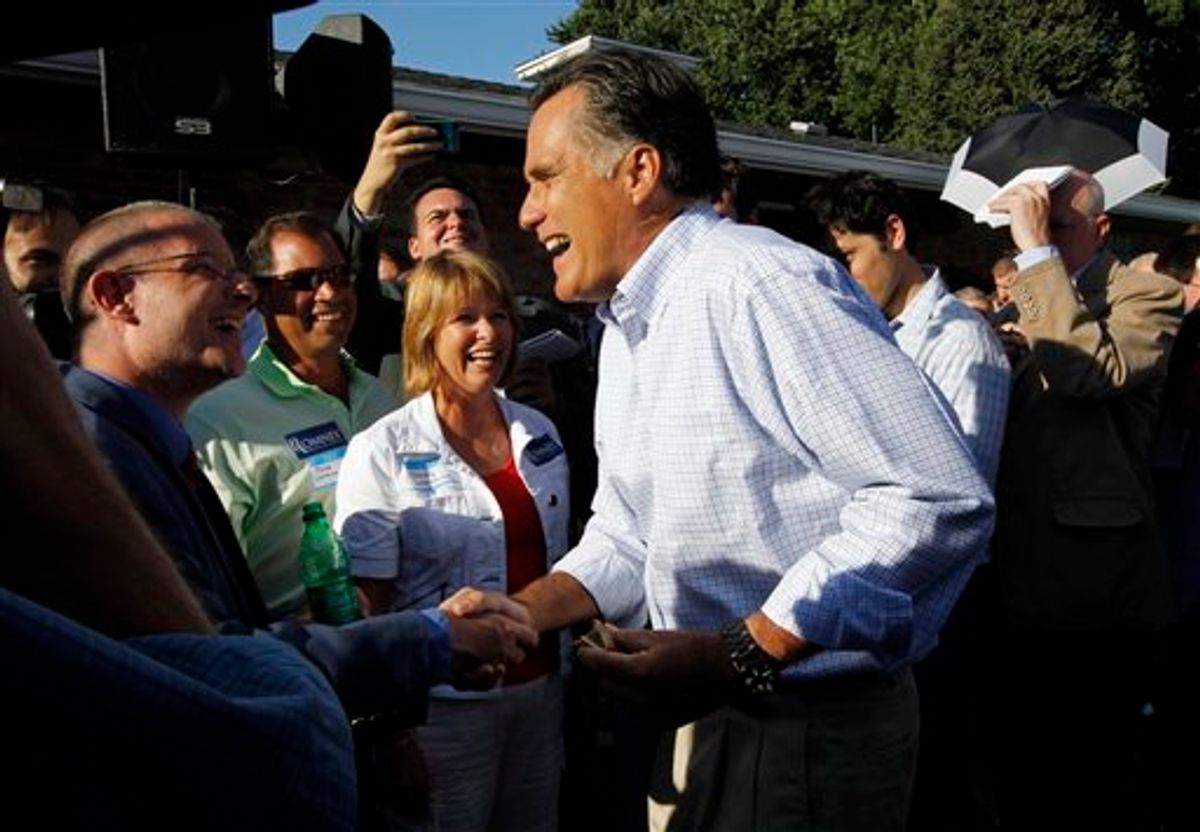 Mitt Romney is campaigning at the Iowa State Fair today, and he just uttered a phrase that, like his "I'm also unemployed" line in June, he will probably regret.

"Corporations are people, my friend," he said during an exchange about Social Security and taxes.

Here's the full context (and video courtesy of Dave Weigel):

Romney: If we are ultimately ... going to be able to balance our budget and not spend more than we take in, we have to make sure that the promises we make in Social Security, Medicare, and Medicaid are promises we can keep. And there are various ways of doing that; one is we could raise taxes on people --

Romney: Corporations are people, my friend. ... Of course they are. Everything corporations earn ultimately goes to people.

The line unintentionally evokes the continuing debate over "corporate personhood" and the increasing number of constitutional rights afforded to corporations. But don't expect a substantive discussion of that weighty issue.

Rather, the Dems will almost certainly use this episode to help paint Romney as an out-of-touch former corporate executive who will look out for the interests of his fat-cat golfing buddies.