Go ahead and turn to the ending. A new study shows knowing what happens in a story actually increases our enjoyment 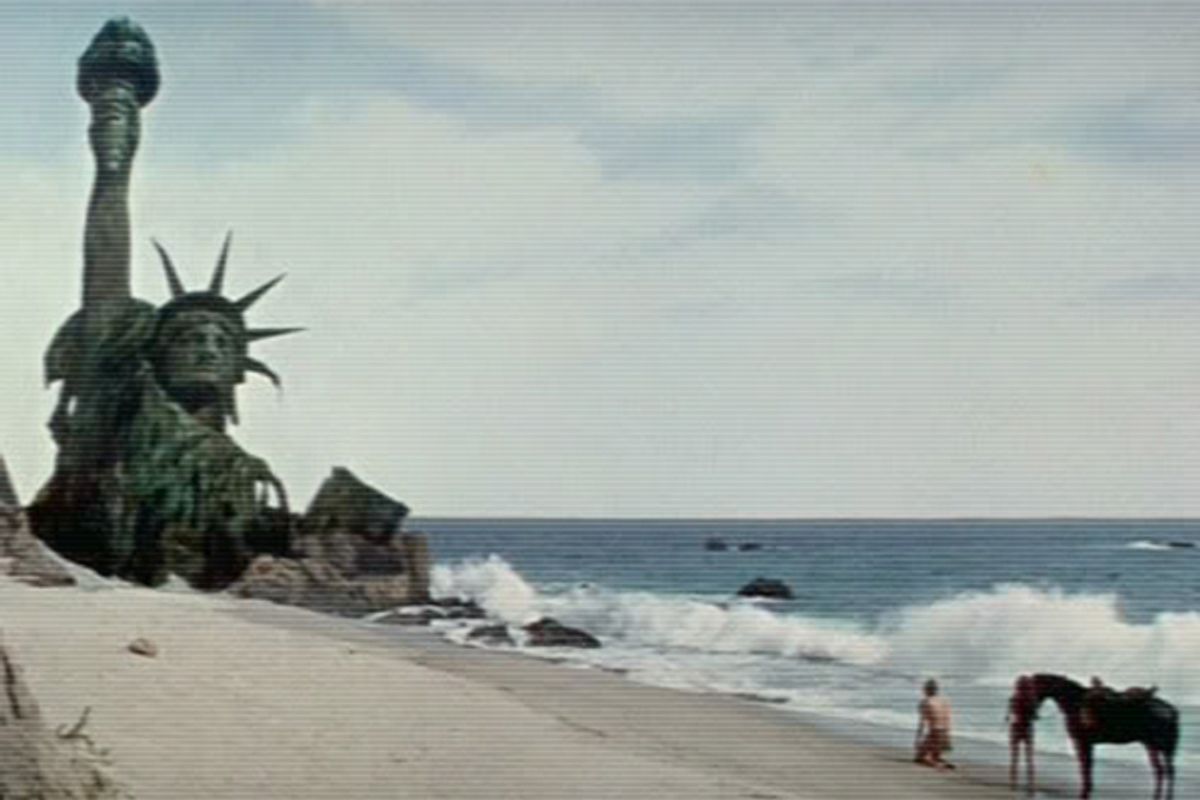 The Forbidden Zone is New York all along. Thank us later!
--

Call off your dogs, spoiler police. A new study from the University of California at San Diego suggests that knowing the outcome of a story doesn't ruin it -- in fact, it increases its pleasures. Rosebud is a sled, bitches!

For their study, Nicholas Christenfeld and Jonathan Leavitt provided participants with a variety of "ironic-twist, mystery and literary" short stories from authors including John Updike, Roald Dahl, Anton Chekhov, Agatha Christie and Raymond Carver. Some readers read the stories in their original forms. Some were given a preface with the spoiler. Others had a spoiler rewritten into the middle of the story. Now here's the SHOCKING TWIST: Nearly every time, the readers preferred the "spoiled" versions. And the more of a gotcha the story contained -- like Ambrose Bierce's "An Occurrence at Owl Creek Bridge" -- the more readers enjoyed knowing the outcome ahead of time. By the way, he's dead. You're welcome.

Why, when the notion that ignorance is bliss is so pervasive, would knowing how the story turns out be such a pleasure enhancer? Leavitt suggests that comfort is a factor. "It could be that once you know how it turns out," he told Science Daily, "it's cognitively easier -- you're more comfortable processing the information -- and can focus on a deeper understanding of the story." It certainly makes a reader less likely to skim through the first 400 pages of a Harry Potter installment if she's already taken a leisurely eyeful of the ending. And Christenfeld added that perhaps the action is only part of the story. "Plots are just excuses for great writing," he said. "What the plot is is (almost) irrelevant. The pleasure is in the writing,"

In Wired, Jonah Lehrer comes up with another reason why it's OK to be spoiled: "the dismay of a prediction error."

"When we invest our time in a story and its characters and it turns out we've been wrong about where it was headed all along," he writes, "our first reaction is almost never 'How cool! I never saw that coming!' Instead, we feel embarrassed by our gullibility." In other words, the delight of surprise turns out to be overrated.

Yet in recent years, our cultural mania for preserving our delicate ears from even the barest of details has reached a fever pitch. Critics now find themselves watering down and issuing warnings for their reviews of the tamest of books and movies and television shows, the journalistic equivalent of the toilet-lid lock or the outlet cover. Wouldn't want anybody to get hurt here, right? And that's unfortunate, because good criticism -- like good books and movies and television shows themselves -- doesn't depend on withholding information. It rests on how intelligently it's presented.

Sure, there's fun to be had in the guessing game. There is delight in a truly well-executed narrative turn. And there are things worth keeping a little mystery around. Case in point: Though I'd already seen the movie, I was bummed recently to notice that Owen Gleiberman's Entertainment Weekly review of "Crazy Stupid Love" casually tipped off one of the movie's sweetest surprises.

But not every element of either a Cheever story or an episode of "The Bachelorette" needs to be shrouded in mystique. Shakespeare and the Greeks knew that you could call a play a tragedy upfront and people would still fill the seats.

So perhaps the U.C. San Diego study can be a call to loosen up a little on the whole dramatic "Nooooo! I can't hear you!" business whenever someone mentions a new episode of "House," folks. You can be the kind of person who skips to the last page and still appreciate the whole book. You can know what's going to happen going into the movie and still sit there in the dark, entranced. Isn't that why we return to our favorite stories again and again, anyway? Not because of how they play with expectations, but how they resonate in our hearts. And psst ... here's the secret: The ending is far from the whole story.