The wacky, wonderful "Busy Monsters" follows a writer through a series of hilarious encounters 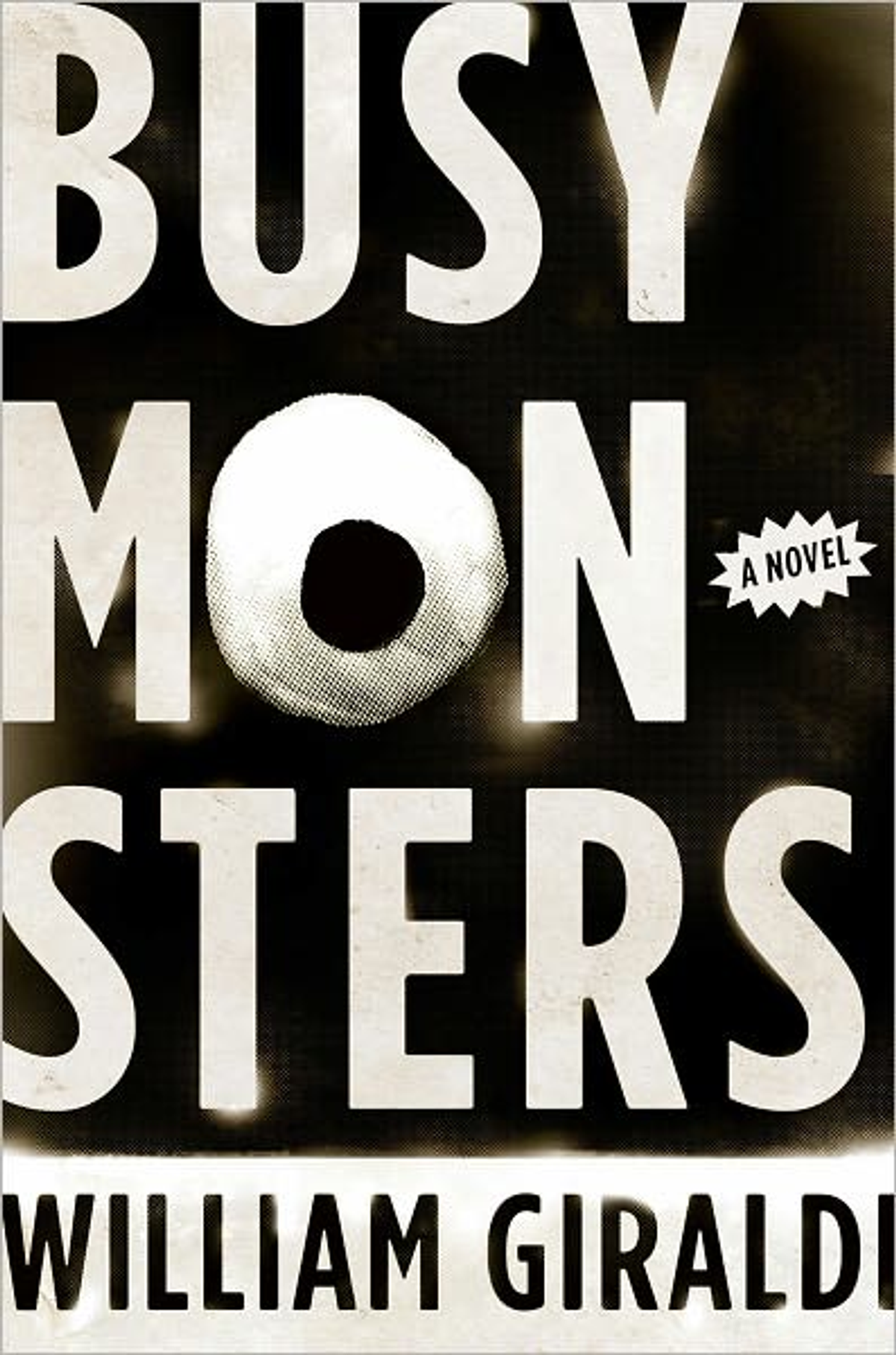 If Charles Homar, the narrator and antihero of William Giraldi's debut novel, "Busy Monsters," somehow showed up on your doorstep -- on his way, perhaps, to murder a romantic rival, to capture the mythical beast Bigfoot, or to reclaim the giant squid-obsessed object of his affection, Gillian -- you might want to shut the door politely yet firmly. Not only is Charlie seriously solipsistic, thoroughly trouble prone, given to talking as if he's devoured a thesaurus, and occasionally weapon toting; you'd also assuredly find your foibles and failings flamboyantly recounted for the 600,000 readers of New Nation Weekly, where Homar's memoirs regularly appear.

But as unpalatable as the fictional Homar would be as a real live person, he's an absolutely delicious character, making a series of hilariously nearsighted (and outright bad) decisions to propel himself through this far-fetched (and downright funny) narrative.

Each wacky, action-packed chapter of "Busy Monsters" is an installment in the serialized memoirs Charles publishes in his weekly magazine column; he periodically pauses in the midst of his adventures to hammer out another segment on deadline "for my slave-driving editor." Amusingly, the people Charles meets in each chapter have all read his preceding serialized installments -- and have opinions on Charles' story and style that may echo the reader's own thoughts and responses. "I have a nagging suspicion that only about forty percent of what you write is true," one character tells Charles upon meeting him. "I also think your people all speak alike."

It's a clever device, and less gimmicky than you might think, in part because Giraldi, who teaches writing at Boston University and is a fiction editor at the literary magazine AGNI, seems completely in control. The voice he has given Charles is singular and arresting; it's flowery but a bit thorny, too -- occasionally overwhelming like a heavy perfume -- and filled with quirky turns of phrase, unexpected literary and cultural allusions, self-aware asides, and highfalutin word choices that would make Roget swell with pride.

The plot, too, is an exciting yet masterfully managed hodgepodge. "Stunned by love and some would say stupid from too much sex, I decided I had to drive down South to kill a man," the book begins. A different author might try to stretch the suspense stirred by that opening setup into an entire novel; Giraldi settles that plot point in the first chapter and then takes us all sorts of other surprising places.

One moment Charlie is drunk with love and breaking into a Virginia state trooper's home with blood on his mind and "a killer's knife tucked into my boot," the next he's mad with heartbreak, firing a borrowed rifle at the hull of a squid hunter's ship. The latter escapade lands him in a pleasant Maine jail, where he enjoys gourmet prison food and shares a cell with a computer geek interested in the Loch Ness monster. And then he's off to Washington state on a misguided mission to impress his far-flung former fiancée by bagging Bigfoot, accompanying a man whose business card reads "ROMP: I BRING IT BACK DEAD."

Let us pause here for a description of Romp, courtesy of Charles' friend Groot: "Hunter. Scholar. Priest. Negro. Prophet. Man of jazz and all items sacrosanct. Shaves with obsidian. Has razzle and the necessary dazzle to mix it with. Also copulated with Florence Ballard [of the singing group the Supremes] in 1974."

Giraldi's characters are all similarly kooky and compelling. We meet people like Sandy McDougal, Charles's wall-eyed ex-girlfriend, who has traded academia for alien abduction and taken up with a pint-size Filipino flim-flam man; Morris Hammerstein, an enlightened Jewish astronomer and family man who ends up boxing an angry lesbian (stereotypes are self-consciously abundant in Charles' narratives) in his backyard; and Richie Lombardo, a famous body builder with a couple of Ivy League-educated Asian call girls named Mimi from Madam Chung's House of Superior Entertainment going at it near the basement barbells in his luxe New Jersey manse.

After all his randy and reckless romps hither and thither, by the time Charles finally, in the story's finale, makes a decent decision -- "People? This is how I develop here, people: by taking charge of this situation in a sensible fashion, by choosing order over chaos, by pushing instead of being pulled. I am asserting my will," he tells a passel of characters urging a more dramatic and dangerous choice -- readers may be ready to see him go. The same cannot be said of this entertaining debut's author. Having invited him in, we'll want to see Giraldi stick around awhile.