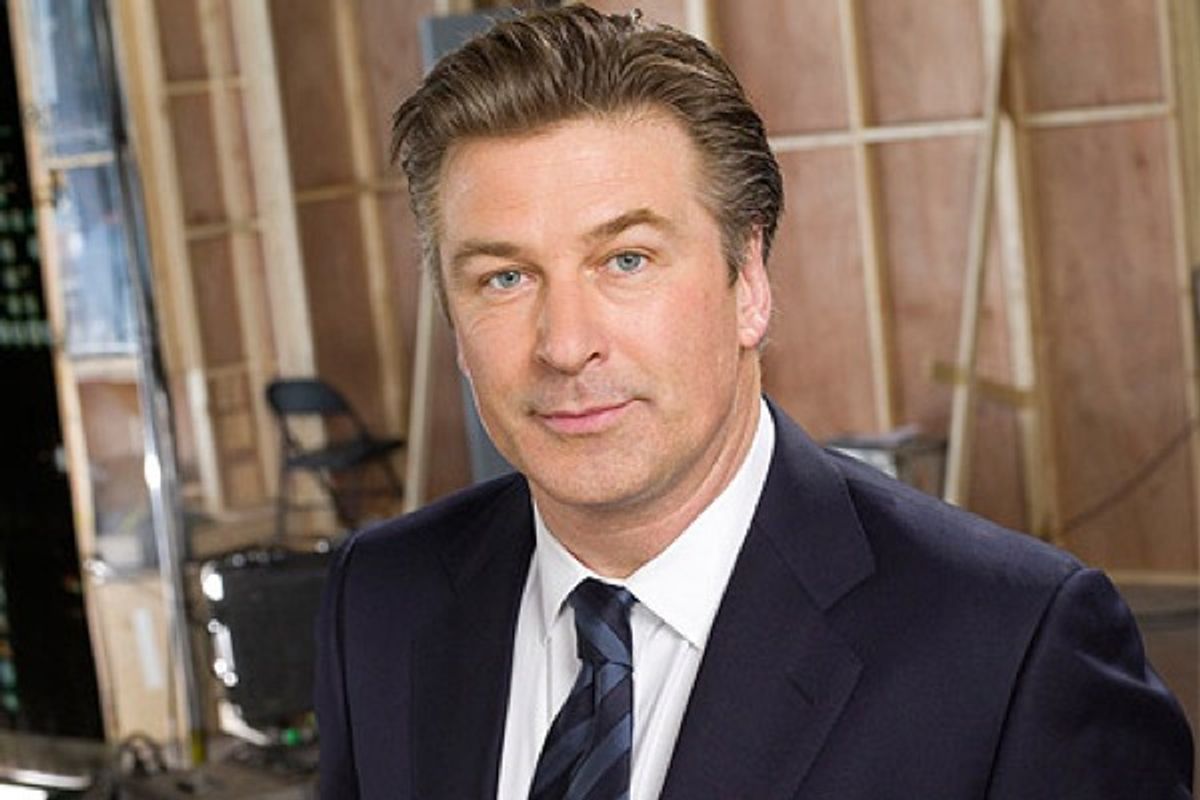 Meet your new and glorious leader.
--

Many of you know me as Alec Baldwin, the Academy Award-nominated actor who has starred in such productions as "Glengarry Glen Ross," "The Hunt for Red October" and that brief stint I did on "Will and Grace" back in 2005. If you are anywhere between the ages of 18 and 35, you might best know me as Jack Donaghy from NBC's must-see TV show "30 Rock." If you are of that age but don't own a television, I was also the narrator in "The Royal Tenenbaums" and "Beetlejuice." You loved those movies, didn't you? Great.

If you are under the age of 18, I am not here to talk to you today. But that doesn't mean you are not important. Go tell your parents how much you liked my cameo in the "SpongeBob SquarePants" film, or as the voice of Makunga the Lion in "Madagascar 2."

So now that we all here have established that you know who I am, I would like to officially announce that I plan to run for mayor of New York City. (Wait for murmurs to die down.)

I know this may come as a shock to some of you, because you may consider me this famous Hollywood big shot, and New York is full of very real, authentic people. We all know what happens when you try to get a guy from California to lead New Yorkers into anything: You get shows like "Entourage." I also want to clarify that I don't believe that Ronald Reagan was the greatest president who ever lived, or that "Reaganing" should be a term associated with success, despite what my fictional character on "30 Rock" -- who I must again remind you is fictional, and does not share my political viewpoints, although everything else about us is pretty much exactly the same -- says.

As to my critics, who have already voiced their issues with my potential run, I would just like to say that I am neither "Trumping" nor "Palining" the situation to get a raise for "30 Rock." I fully intend to leave that show after my contract expires in 2012, so to better focus on serving you, the good people of New York. You guys have all seen my commercials for how much I love this city, right?

I am also a huge Yankees fan, as evidenced by those other commercials in which that freakishly tall blond boy from "The Office" and I have a good-natured sparring over our respective baseball teams.

I know those two advertisements on their own might not convince you that I love this great city. There have been worries that I am too elitist for voters, since I live in a nice penthouse apartment. You know who else lives in that building? Michael J. Fox. Are you going to tell me that you wouldn't vote for that man if he were running? Are your hearts made of stone?

Where do you think King Mayor Michael Bloomberg sleeps, anyhow? In a tent outside of the Wendy's on 42nd Street? That's just a Michael Bloomberg impersonator; don't be fooled. These are the things you get to know as a native New Yorker.

Irregardless -- which I know isn't a real word but just sounds better on the tongue, doesn't it? -- I have drawn up a couple of campaign promises to win over those of you who still doubt that I am ... truly ... sincere about running for mayor of this town. Such as:

Now that you have heard some of the ways I plan to better this glorious city of ours, I hope you will take me, Alec Baldwin, as a serious Democratic contender for public office. One day, I plan to be president of the United States, and I will not forget the little people who helped me start on the path to WINNING.

Just kidding. But please be advised, I will be making several Charlie Sheen jokes next season on "30 Rock." I would ask that the responsibility for those lines fall on the writers and not me, Alec Baldwin. I am just a humble servant of the people, albeit one who is enormously wealthy, very handsome and in no way is going to let that bastard Harvey Levin ruin this one for me.

Prepare the guillotines, my friends. Baldwin is back.