Not because she is witch, but because it was a bad political move 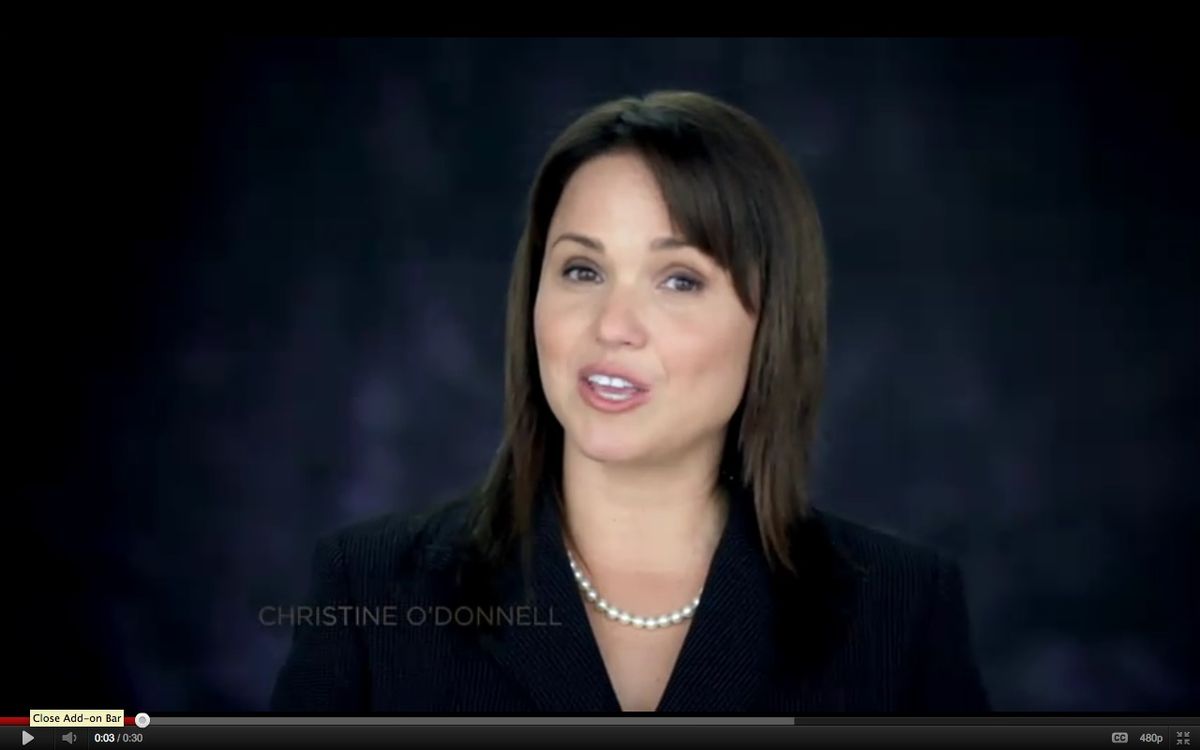 Christine O'Donnell in her "I'm not a witch" ad
--

One of the more entertaining Senate races of 2010 involved conservative activist Christine O'Donnell, who won a startling Republican primary victory in Delaware over the party establishment's candidate, then-Rep. Michael Castle.

During the ensuing general election campaign, a video from 1999 emerged in which O'Donnell told Bill Maher that she "dabbled" in witchcraft in her youth. The Tea Party candidate, fearing that this might alientate her Christian support base, quickly released a video in which she stated, "I'm not a witch." The comment invited a wealth of media mockery (and an SNL spoof -- see below).

In her new memoir, "Troublemaker: Let’s Do What It Takes to Make America Great Again," O'Donnell expresses regret over the video. According to the AP, she writes, "It was a wrong-headed move, made for all the wrong reasons, but it was mine." O'Donnell also blames an insistent media consultant for pushing the idea.

O'Donnell's book, which will be released Tuesday, has already been the victim of an online prank. If you search "Christine O'Donnell" on Amazon.com, you are directed to her memoir. But the site also suggests books including "Wicca and Witchcraft for Dummies" and numerous "related products" like witch costumes and vibrators (referring to another bizarre O'Donnell tidbit -- that she was part of an anti-masturbation campaign in the mid-nineties).

Here's the original "I'm not a witch" video:

And here's the SNL parody (via MSNBC):