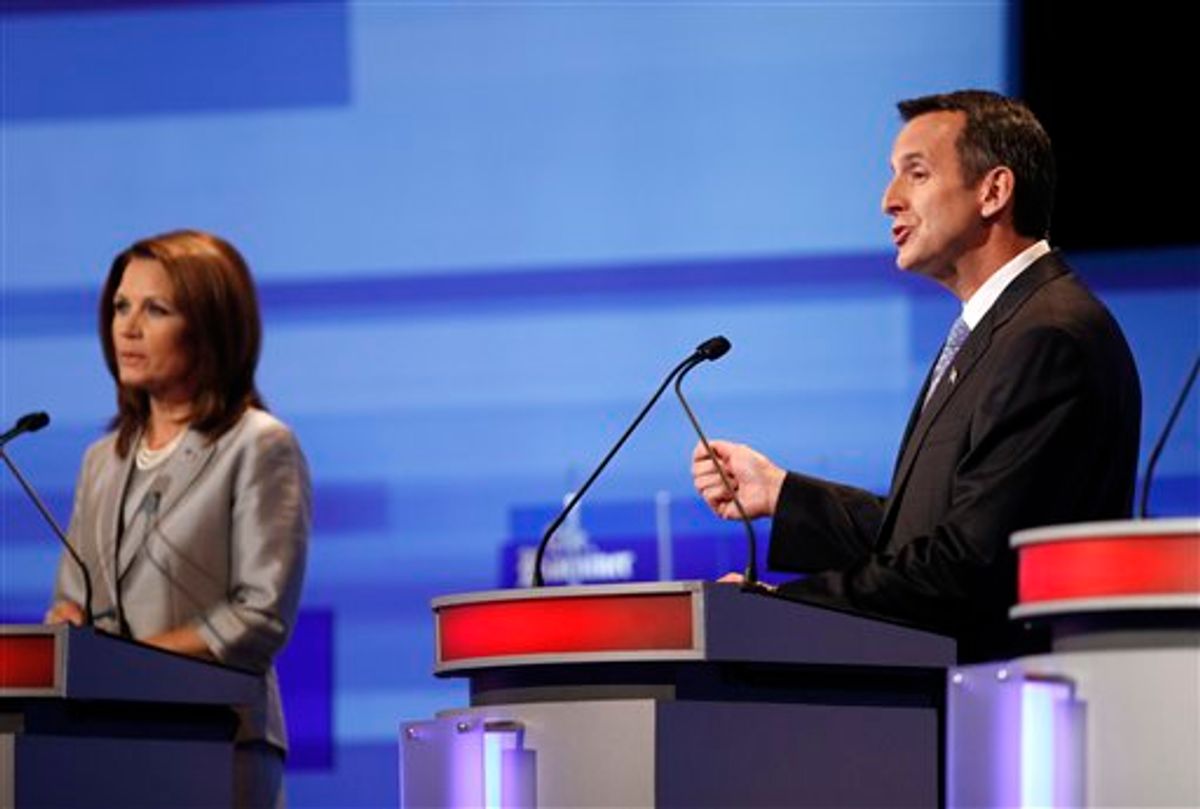 As our own Steve Kornacki noted about Thursday night's Republican presidential candidate debate, Minnesota Gov. Tim Pawlenty gave a "stammering, incoherent response" when asked about the criticisms he's levelled against Michele Bachmann on the campaign trail, with the congresswoman standing right next to him.

Both candidates attacked each other's political records (Pawlenty as governor; Bachmann in Congress) and as Kornacki put it, "her words were strong, but so was her delivery.. Pawlenty’s delivery, on the other hand, called to mind a hostage tape, a man saying words that he knows he has to say, but doesn’t really want to or know how to."

We thought you might want to see the clip of the most heated moment in the Iowa debate, via Mediaite: