Why Mitt Romney was right about corporations

The ever-expanding definition of corporate personhood 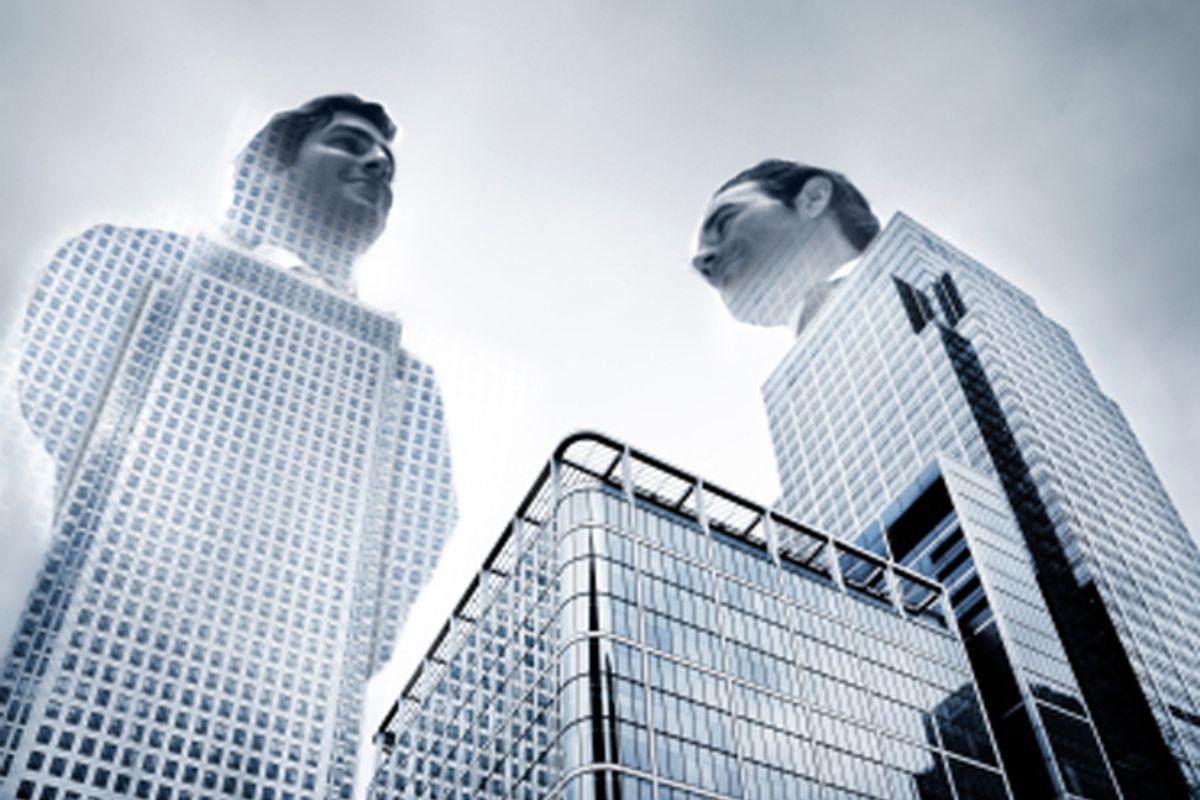 In an instant-classic flub at the Iowa State Fair this week, Mitt Romney proclaimed, "corporations are people, my friend."

But his statement unintentionally hit at another, underexamined fact of American life: Corporations are people. That's at least in the opinion of the Supreme Court when it comes to certain legal issues. This is the doctrine known as "corporate personhood" that came into play in the Citizens United case in 2010 that gutted some important corporate campaign finance restrictions.

To learn more about the issue, I spoke with David Cobb, an attorney and the 2004 Green Party candidate for president. Cobb is now a spokesperson for Move to Amend, a coalition that advocates amending the Constitution to end the doctrine of corporate personhood.

Mitt Romney said "corporations are people." Is he right?

Well, he's correct in the sense that the U.S. Supreme Court has said that corporations are persons with inherent constitutional rights. Of course, he's wrong just as the court is wrong.

Where did this legal doctrine come from?

Legal personhood means that you can claim and assert constitutional rights. Remember that the Constitution does not create rights, it recognizes inherent, inalienable rights. That means if a legislative decision -- whether at the state, local or federal level -- infringes upon your rights, like the right to free speech or assembly, the government's action is illegitimate and you as an individual should be able to go into court and argue that this law is an illegitimate exercise of governmental power.

The court has said in most instances now corporations should be treated as persons with constitutional rights. So now local, state and even federal laws that are attempting to control corporate harm and abuse can actually be challenged in court, and often are. Many laws have been overturned, including environmental protection laws, worker safety laws, and laws protecting consumers. In a nutshell, when a corporation can claim it is a person with constitutional rights, it means their lawyers can go into court and overturn democratically enacted laws.

Was there a single case in which this idea was established?

The first time it was discussed was in Santa Clara v. Southern Pacific Railway in 1886; there have been a slew of other cases since then. The doctrine of corporate personhood really started to gain traction in the late 1970s, and the current court is exacerbating it even more. The basic argument the court has made is that corporations are just composed of people who have individual human rights. Therefore when those people come together to create a corporation, the collection of people should be able to exercise those same constitutional rights. That's not logical, though, because these groups of people are not speaking with one mind. And they have not created an inherent human being whenever they come together collectively.

What are some recent examples of this idea coming into effect in the courts?

Most recently -- and I would say most egregiously -- the decision of Citizens United v. Federal Election Commission overturned the McCain-Feingold law, which was an attempt to protect the integrity of our elections. The McCain-Feingold law was very anemic to begin with, but the court said the law was treating wealthy people and corporations as an "oppressed minority" and therefore overturned a democratically enacted law. The case was decided on free speech grounds.

Another one is Louis K. Liggett Co. v. Lee from 1933, where the court overturned a law attempting to favor local merchants over chain stores. The law provided for a different tax structure for local, independently owned businesses versus corporate franchise businesses. The court overturned that, arguing that the law violated the equal protection clause of the 14th Amendment.

Are there any constitutional rights that are not afforded to corporations?

A corporation has not yet been able to cast a ballot. But I would argue they do not need to cast a ballot when they control the political expenditures to the extent that they drown out the voice of ordinary people.

Your organization wants a constitutional amendment on corporations. What would it do exactly?

It would entrench that money is not speech, and that only human beings, not corporations, are entitled to constitutional rights. It would allow local, state and federal government to pass any number of laws. It's saying that we would be able to engage in a proper political debate about the role of not only corporations but also how our society operates. For example, we could theoretically prohibit all political activity by corporations, including lobbying and donations. These activities are currently legal because corporate personhood protects them under the First Amendment. Also we could prevent corporate mergers.

We could return to environmental and health regulations that once allowed regulators to have surprise inspections on corporate polluters; but that was overturned because the court claimed it violated the prohibition against unreasonable search and seizure. That's especially egregious because just as individual human 5th Amendment protections have been eroded, Fifth Amendment protections for corporations have actually been expanded. Another thing that could happen is we could start talking about revoking corporate charters by popular referendum if there is a history of violations of environmental and health and safety laws. You could stop advertising for tobacco, guns, and other dangerous products. Right now corporations can claim that their First Amendment rights are protected. Corporate personhood is not just a case or a decision, it's a bedrock legal doctrine.