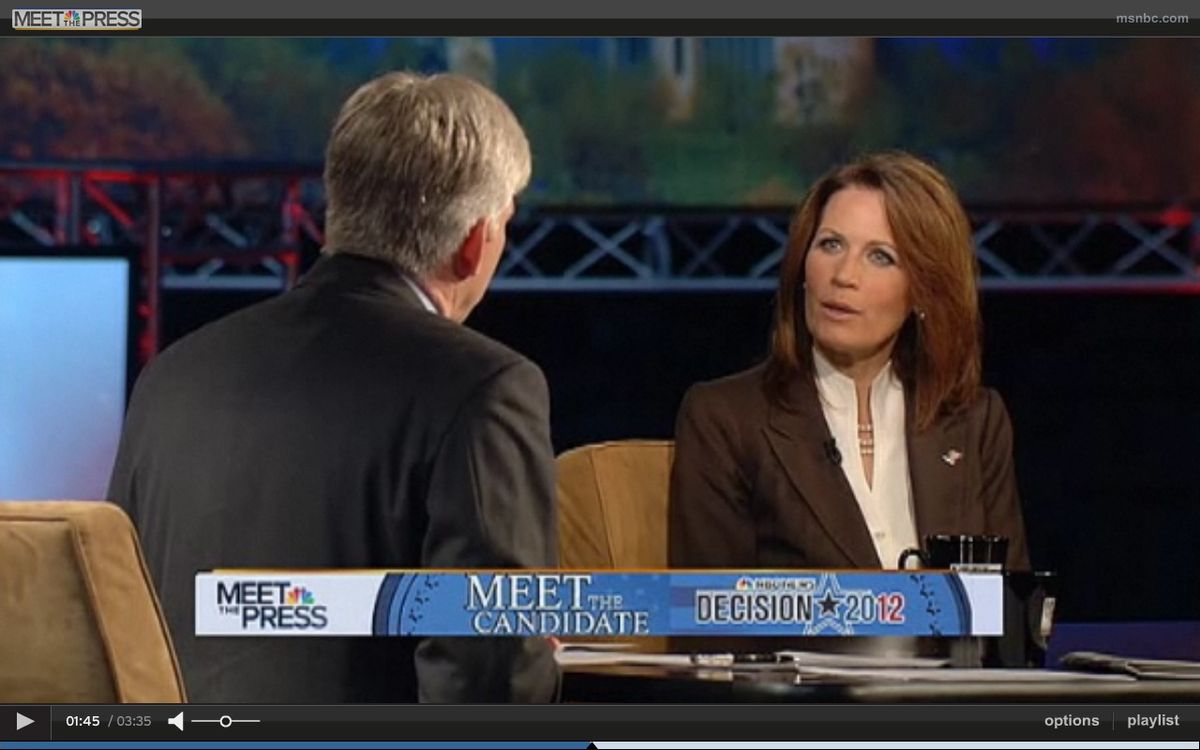 Michele Bachmann -- the winner of the weekend's Ames Straw Poll -- once again dodged questions about her views on gays and lesbians on Sunday.

Appearing on MSNBC's "Meet the Press," she told host David Gregory, "I don't judge them," when pushed to clarify her views.

Gregory noted that comments she made in 2004 certainly sounded like judgment (including her suggestion at the time that homosexuality was "personal enslavement" and a "sexual dysfunction.")

Bachmann tried to suggest that such issues were not important to her presidential run, but Gregory was quick to note that the congresswoman had in the past called gay marriage a "defining" political issue of our time.

When asked whether she would consider appointing an openly gay judge, Bachmann refused to give a firm answer, saying only "I have my criteria."