How the Democrats could have saved healthcare

The new law may die in the Supreme Court. If it had included a public option, this all would have been avoided 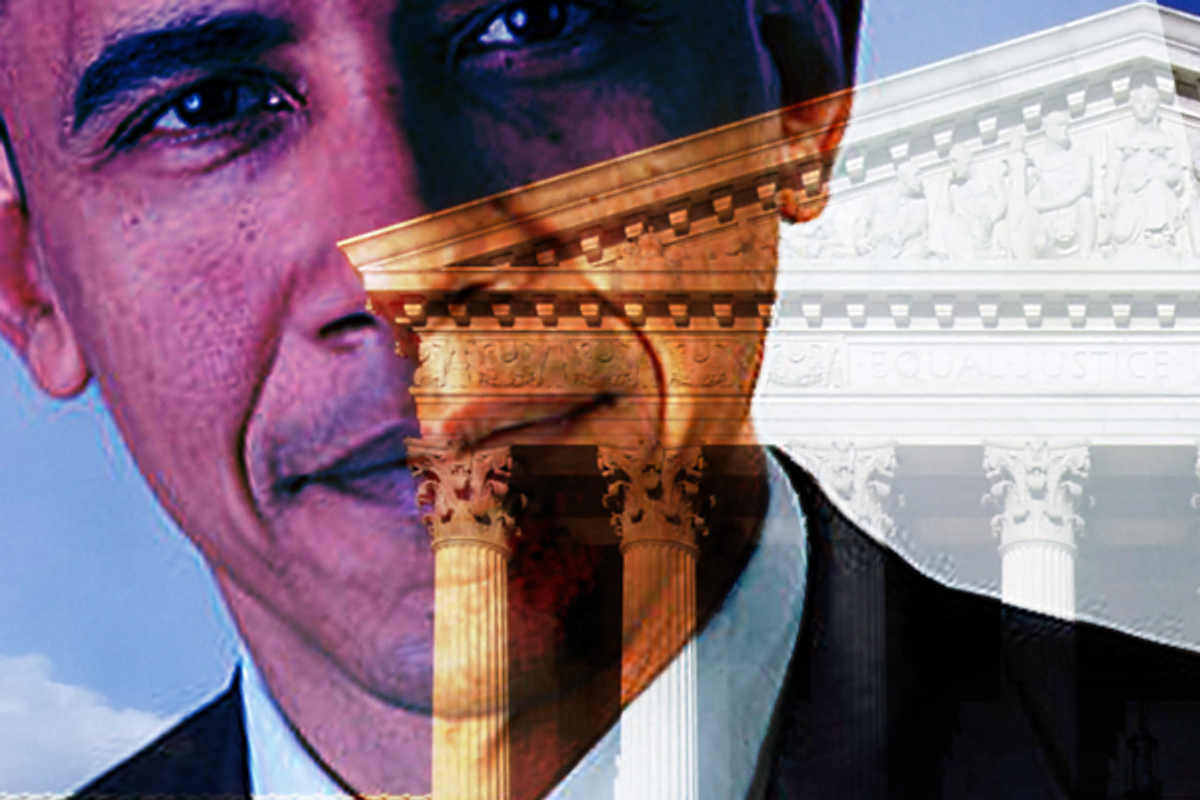 Two appellate judges in Atlanta -- one appointed by President Bill Clinton and one by George H.W. Bush -- have just decided the Constitution doesn't allow the federal government to require individuals to buy health insurance.

The decision is a major defeat for the White House. The so-called "individual mandate" is a cornerstone of the Affordable Care Act, President Obama's 2010 healthcare reform law, scheduled to go into effect in 2014.

The whole idea of the law is to pool heath risks. Only if everyone buys insurance can insurers afford to cover people with preexisting conditions, or pay the costs of catastrophic diseases.

The issue is now headed for the Supreme Court (another appellate court has upheld the law's constitutionality) where the prognosis isn't good. The Court's Republican-appointed majority has not exactly distinguished itself by its progressive views.

Chalk up another one for the GOP, outwitting and outflanking the president and the Democrats.

Remember the healthcare debate? Congressional Republicans refused to consider a single-payer system that would automatically pool risks. They wouldn't even consider giving people the option of buying into it.

The president and the Democrats caved, as they have on almost everything. They came up with a compromise that kept healthcare in the hands of private insurance companies.

The only way to spread the risk in such a system is to require everyone to buy insurance.

Which is exactly what the two appellate judges in Atlanta object to. The Constitution, in their view, doesn't allow the federal government to compel citizens to buy something. "Congress may regulate commercial actors," they write. "But what Congress cannot do under the Commerce Clause is mandate that individuals enter into contracts with private insurance companies for the purchase of an expensive product from the time they are born until the time they die."

Most Americans seem to agree. According to polls, 60 percent of the public opposes the individual mandate. Many on the right believe it a threat to individual liberty. Many on the left object to being required to buy something from a private company.

Had the president and the Democrats stuck to their guns during the healthcare debate and insisted on Medicare for all, or at least a public option, they wouldn't now be facing the possible unraveling of the new healthcare law.

After all, Social Security and Medicare -- the nation's two most popular safety nets -- require every working American to "buy" them. The purchase happens automatically in the form of a deduction from everyone's paychecks.

But because Social Security and Medicare are government programs they don't feel like mandatory purchases. They're more like tax payments, which is what they are -- payroll taxes.

There's no question payroll taxes are constitutional, because there's no doubt that the federal government can tax people in order to finance particular public benefits.

Americans don't mind mandates in the form of payroll taxes for Social Security or Medicare. In fact, both programs are so popular even conservative Republicans were heard to shout "don't take away my Medicare!" at rallies opposed to the new healthcare law.

Other federal judges in district courts -- one in Virginia and another in Florida -- have struck down the law on similar grounds. They said the federal government has no more constitutional authority requiring citizens to buy insurance than requiring them to buy broccoli or asparagus. (The Florida judge referred to broccoli; the Virginia judge to asparagus.)

Social Security and Medicare aren't broccoli or asparagus. They're as American as hot dogs and apple pie.

The Republican strategy should now be clear: Privatize anything that might otherwise be a public program financed by tax dollars. Then argue in the courts that any mandatory purchase of it is unconstitutional because it exceeds the government's authority. And rally the public against the requirement.

So what do Obama and the Democrats do if the individual mandate in the new healthcare law gets struck down by the Supreme Court?

Immediately propose what they should have proposed right from the start -- universal healthcare based on Medicare for all, financed by payroll taxes. The public will be behind them, as will the courts.