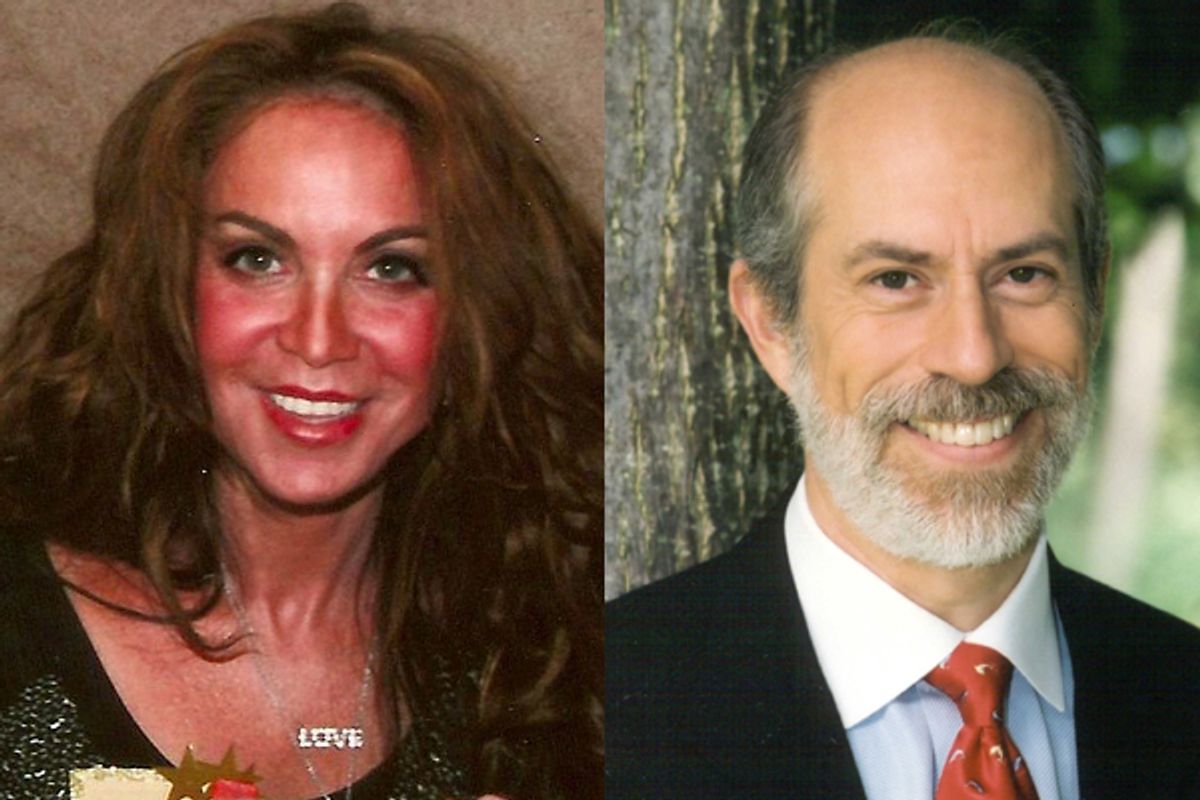 It looks like my story last week about Rick Perry's cordial relations with a group of Muslims has, as expected, generated alarm within the anti-Shariah wing of the Republican Party.

My piece explored Perry's long-standing friendship with the Aga Khan, the wealthy, globe-trotting leader of the Ismaili Muslim sect, which has a small but significant population in Texas. Perry and the Aga Khan have launched two joint projects, including a program to educate Texas schoolchildren about Islamic culture and history. I noted that this relationship set Perry apart from those members of the GOP field who consistently demonize Islam, and that some anti-Shariah/anti-Muslim activists might be skeptical of his ties to the Aga Khan.

Like clockwork, two anti-Shariah figures have now penned columns attacking Perry on exactly these grounds. But one anti-Shariah group, Frank Gaffney's Center for Security Policy, has dissented and says it has no problem with Perry's relationship with the Ismailis. The group's spokesman, Dave Reaboi, emailed Commentary's Alana Goodman:

Politico’s Ben Smith amplified a Salon report about Perry’s relationship with Aga Khan of the Ismaili sect of Shia Islam. As Salon’s in-house apologist for Islamism and crusader against conservatives, Justin Elliott clearly believed such a story, breathlessly told, would cause a great deal of friction between the Texas governor and the GOP base—who are rightfully concerned about the anti-Constitutional aspects of Shariah law in our own country, and are watching as Shariah is the rallying-cry of jihadists around the globe. That said, Perry’s relationship to Khan and the Ismaili’s, I predict, will not cause much of a stir. The Islamailis are a persecuted Shia minority in Saudia Arabia; indeed, Perry’s meeting with Khan could not have won him many friends there. Rather than reaching out– as both presidents Bush and Obama mistakenly did—to problematic organizations associated with the Muslim Brotherhood’s expressly political agenda, Perry’s choice to engage with a more ‘progressive’ group is a good sign.

This story tells us more about Salon, Politico and other left-of-center media outlets than about Perry. Rather than engage on the substantive issues as regards to Islamism and the extent of the threat of groups with political motivations and histories of terrorist links, Elliott and Smith refuse to take their opponents seriously, thinking they’re 'poking the cage' of a Republican base too unsophisticated to know the difference between the Ismaili sect and, say, the Muslim Brotherhood.

As it turns out, Reaboi's predictions -- that Perry's associations "will not cause much of a stir" and that anti-Shariah activists are too sophisticated to demonize the Ismailis -- have already been proven wrong.

The blogger and activist Pamela Geller wrote a column for the American Thinker today declaring that "Rick Perry must not be President. Have we not had enough of this systemic sedition?"

But Perry has been sucked into the propaganda vortex, and is now wielding his enormous power to influence changes in the schoolrooms and in the curricula to reflect a sharia compliant version of Islam.  He is a friend of the Aga Khan, the multimillionaire head of the Ismailis, a Shi'ite sect of Islam that today proclaims its nonviolence but in ages past was the sect that gave rise to the Assassins.

Commentary's Goodman suggests that, compared to Gaffney's think tank, Geller is a fringe figure in the anti-Shariah movement. In fact, Geller is one of the primary ideological and organizational leaders of the movement: she devotes numerous posts to the issue on her influential blog; she regularly gives speeches on Shariah and discusses it on TV; and she founded a group, Stop Islamization of America, that names stopping Shariah as one of its primary goals.

And it gets better: Both Geller and Gaffney are apparently on the eight-member steering committee of a coalition called the "Sharia Awareness Action Network."

Another sponsor of that coalition is WorldNetDaily, which yesterday published an attack on Perry by Joel Richardson, author of "The Islamic Antichrist: The Shocking Truth About the Real Nature of the Beast" (WND Books). He argues that Perry has been fooled by the Aga Khan, who is part of the relentless Islamic quest to conquer "the West":

It should also be mentioned that one of the doctrines espoused by Ismaili Muslims is the doctrine of Taqiyya. In simple terms, the doctrine of Taqiyya allows Muslims to purposefully hide or lie about their true religious beliefs to "unbelievers" or even Muslims of different sects. Of course, it is doubtful that the children of Texas will learn anything of Taqiyya in their Perry-sponsored education concerning Islam.

Of course, while lying in the name of religion may seem like a foreign concept to most, it is the principle of "the ends justify the means" that underscores many aspects of the Islamic approach to win the West.

One can only hope that such is not the principle driving Gov. Perry's campaign for the presidency.

None of this is particularly surprising. As I noted in my original piece, the Muslim education program previously generated a bit of controversy in a state board of education campaign in Texas. ("I think Islamic curriculum is about the furthest thing that we need to be introducing into Texas classrooms," said the Republican candidate in that race.)

To be clear, I have absolutely no problem with the Aga Khan-Perry partnership, and the effort to educate Texas schoolchildren about Muslim culture and history is to all appearances a positive and constructive thing. I think Perry's relationship with the Ismailis in Texas makes for an interesting and relevant contrast to the Santorums and Cains of the GOP field.

But here's the bottom line: My prediction that anti-Shariah activists would be troubled by Perry's associations was borne out in the space of just a few days.