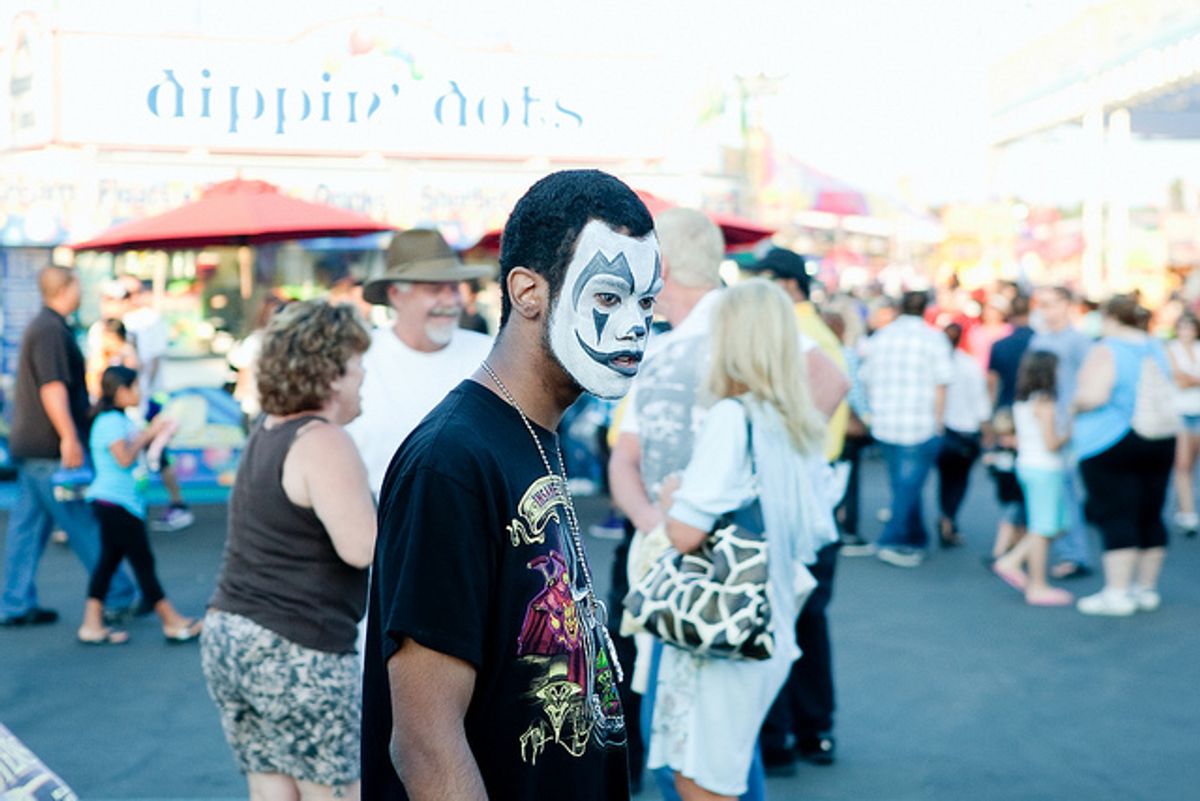 The annual Gathering of the Juggalos, the four-day festival put on by the record label of the horrorcore Detroit group the Insane Clown Posse, has gotten out of control. Sure, the fans who show up to rage out with ICP were always more reminiscent of ancient Roman gladiator fans than actual music lovers (Juggalo Woodstock is perhaps the wrong term to use here), but not until this year have there been reports of people dying in attendance.

Sunday afternoon, a body was pulled out of the Ohio River, near Hardin County, where the festival was held. It was determined by the city's coroner that the corpse was "dressed like a Juggalo." Incidentally, this year's GOJ had less security than before, despite the reputation of the attendees for being violence-prone and filled with illegal substances.

Sadly, the most normal part of the festival this year involved the hosting duties of Charlie Sheen. No, I'm not being sarcastic when I say that this man's ability to entertain went above and beyond what was expected of him. Not only was he able to tame the crowd (he's been booed off enough stages in the last several months to learn how to play along), but actually caught a beer can flown directly into his face, earning a giant cheer from the crowd.

At least he fared better than last year's guest, Tila Tequila, who was unable to grasp the objects hurled at her. Most likely because feces is a lot harder to catch than beer.

While there are tons of jokes to be made at the expense of both Charlie Sheen and the Juggalos, it's not as funny when there's a dead body involved. One could argue that this was a fluke tragedy. but the gathering has been around since 2000 and has been getting progressively more out of control and dangerous despite of -- or perhaps because of -- the increased media attention.

After a decade of violence, crime and debauchery, maybe it's time to shut this thing down, no matter how many times ICP proclaims to love all of life's "Miracles."