New News Corp. revelations once again implicate everyone in wrongdoing 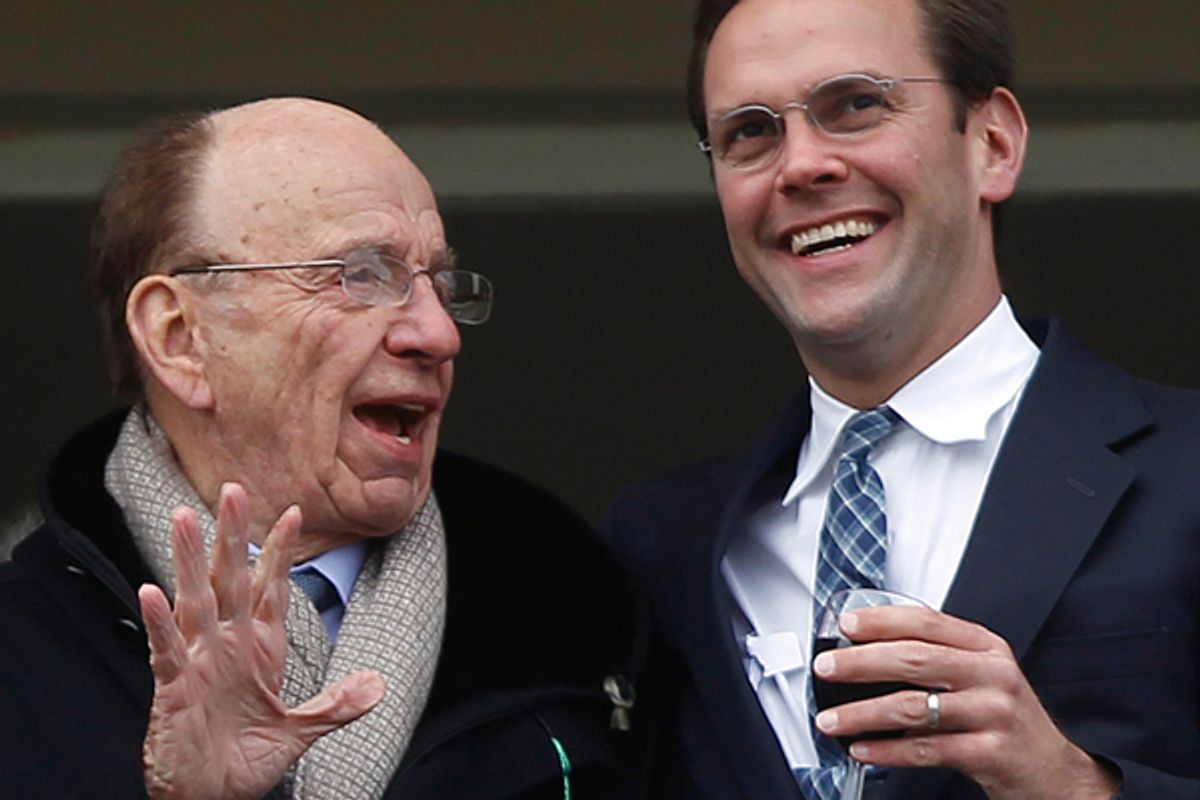 Now that the U.K. is done rioting, it is time for all of them to get back to reading a seemingly endless series of appalling news stories about Rupert Murdoch's News Corp. tabloids and the corrupt, power-mad executives who ran them. The Guardian today publishes an "explosive letter" written four years ago by the original News of the World phone-hacking fall guy, former royal correspondent Clive Goodman.

The letter ... names names. As everyone has come to realize, every News of the World executive (many of whom went on to other jobs at Murdoch's News International -- or in the government!) knew about, endorsed or directly authorized illegal voice-mail hacking and all the rest. Specifically implicated this time: Andy Coulson, then the paper's editor, who was hired to be Prime Minister David Cameron's communications director last year. Coulson resigned in January and was arrested last month.

Goodman then claims that other members of staff at the News of the World were also hacking phones. Crucially, he adds: "This practice was widely discussed in the daily editorial conference, until explicit reference to it was banned by the editor." He reveals that the paper continued to consult him on stories even though they knew he was going to plead guilty to phone hacking and that the paper's then lawyer, Tom Crone, knew all the details of the case against him.

In a particularly embarrassing allegation, he adds: "Tom Crone and the editor promised on many occasions that I could come back to a job at the newspaper if I did not implicate the paper or any of its staff in my mitigation plea. I did not, and I expect the paper to honour its promise to me." In the event, Goodman lost his appeal. But the claim that the paper induced him to mislead the court is one that may cause further problems for News International.

So this is basically evidence of an active coverup. It was accompanied, in "a cache of paperwork published by the Commons culture, media and sport select committee," by a letter from Harbottle & Lewis, a law firm News International hired to go through thousands of News of the World emails for evidence of criminality, in which the firm more or less accuses James and Rupert Murdoch of lying to Parliament.

So ... James will probably have to go back to Parliament.