Watch: Putting a camera on a baby, "back of the head" supercut, and Lady Gaga's weirdest video to date! 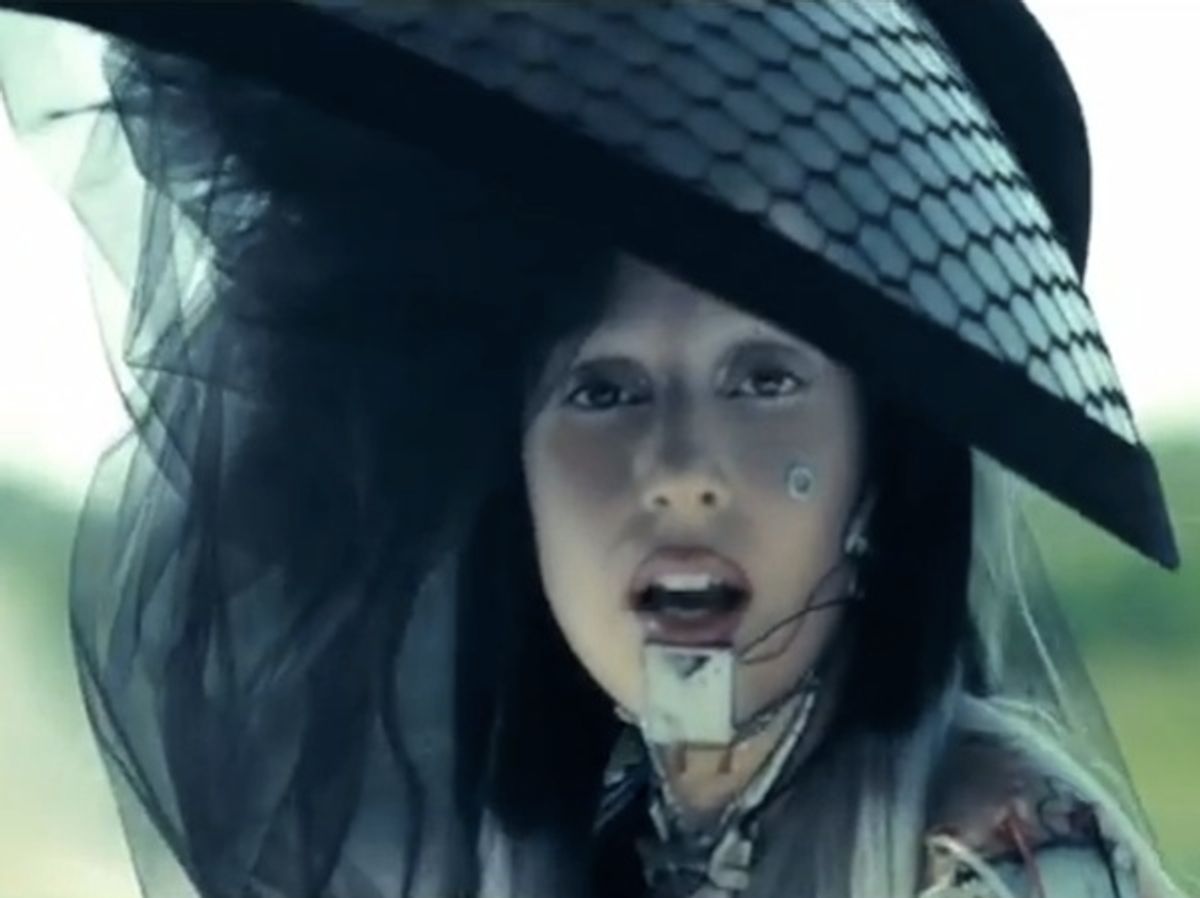 Just a normal day in Gagaville
--

This cinematic supercut is more of a guessing game than the usual mashup fare. Using clips of characters walking away from the camera, can you guess what movie (and actor) you're looking at?

2. Divine Rags ... for all your high-quality rag needs:

I'm not entirely convinced this spot for a Memphis mall store isn't a joke, since I'm pretty sure I've seen the same concept in a "Saturday Night Live" mock commercial. (I can't remember the name of the sketch, though I know it starred Kenan Thompson as a prom dress shop proprietor. If anyone could help me out, I'd appreciate it!)

Yolanda Domingues' "Poses" project takes the concept of modeling to a whole new ridiculous level. If you remove the camera and the willowy model, can you still convince people you are in the middle of an Elle magazine shoot?

Sort of takes the glamour out of the whole thing, doesn't it?

Warning: This video is not safe for work. Also not safe for out of work. Video might cause slight brain aneurism. You may feel a strong desire to dress like Marilyn Manson, Sarah McLachlan, a mermaid, a greaser or Cher (all circa 1994) while singing like Shania Twain. Do not watch without proper protective goggles.

(Still better than "Judas," though.)

5. Video camera strapped to baby's head ... for your health!:

In "EllieCam," some adults looking to win Parents of the Year award try to answer the age-old question, "What does being 2 look like?" They do this by putting a camera on their daughter's head and then having her toddle around a park.

Hypothesis: A magical world of wonder seen through the eyes of a child.

Conclusion: Being 2 looks a lot like watching some other kid's parent calling Child Protective Services.