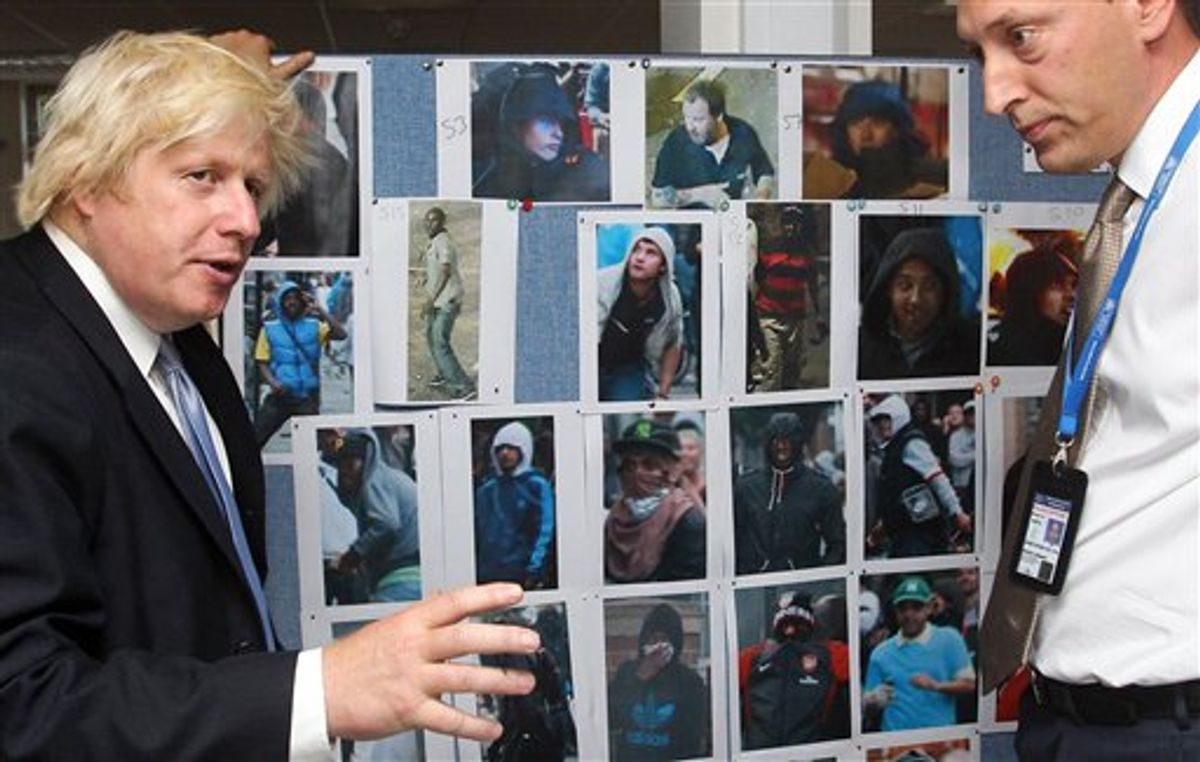 London police force say 1,000 people have now been charged in the unrest that rocked the capital for four days, as human rights groups reiterated concerns that the sentences being handed out nationwide are disproportionate.

Acting chief Tim Godwin issued a statement Wednesday that said while the milestone is significant, the investigation is ongoing. He urged the public to turn in anyone involved in the disorder.

UK police have arrested more than 3,000 people over riots that erupted Aug. 6 in north London and flared for four nights across the capital and other English cities.

The huge numbers and public anger has sparked concerns that judges were handing out sentences that were disproportionate. Some of the concerns centered around two men in northwestern England, who were handed stiff jail terms for inciting disorder through social networking sites.

Blackshaw used the social networking site to create an event -- with a date, time and location -- for "massive Northwich lootin.'"

Sutcliffe created a page on Facebook called "Warrington Riots" which listed a time and date for anyone who wished to be involved in a riot. The riots discussed never occurred.

The Crown Prosecution Service defended the sentences, saying the web pages caused panic and revulsion to the people of Cheshire.

Most of the convicted suspects have been sent for sentencing to higher courts, which have the power to impose longer terms of imprisonment. Two-thirds of the accused have not been granted bail.

Some of the harsher sentences are expected to be appealed.

"It will be a further drag on the court system, which is already struggling -- and that's before considering the pressures on the prison system," said Andrew Neilson of the Howard League for Penal Reform.

Prime Minister David Cameron has said those who participated in the riots should go to prison, but the government has insisted it is not trying to influence the judiciary.